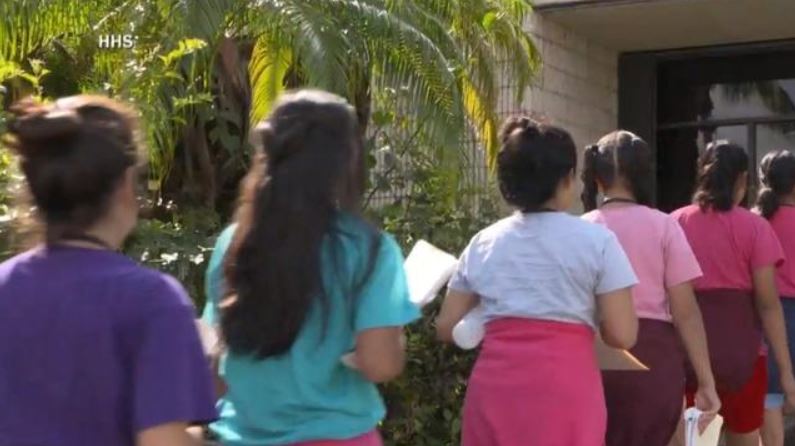 A record high number of immigrants were ordered to be removed from the U.S. in 2018, a new report shows.

The report comes after President Trump made immigration a central focus of the midterm election campaign.

Immigration officials ordered 287,741 new deportations in the fiscal year ending September 30, 2018, according to a new report from Syracuse University’s Transactional Records Access Clearinghouse (TRAC). TRAC obtained the data from the Department of Homeland Security through Freedom of Information Act requests.

It’s the highest number of new removal filings since the group began tracking deportation orders in 1992.

The most common reason for new deportations was “entry without inspection,” accounting for 42.5 percent of new deportees, according to TRAC’s data. This group includes people who entered the U.S. without declaring themselves to immigration officials.

Just over 5 percent of new removal filings were based on aggravated felony charges, and 1.3 percent were on the basis of possible terrorist ties, according to data compiled by TRAC.

Immigrants from Mexico were the most frequently expelled nationality, accounting for just over 26 percent, or 73,339, new removal filings, according to TRAC.

Migrants from Central American nations — including Guatemala, El Salvador and Honduras — together accounted for nearly half of all new deportation filings, or 130,667 cases, according to TRAC’s report. Those countries, wracked by violence and economic hardship, are the source of the migrant caravan currently making its way north through Mexico to the U.S. border.

Courts in Texas ordered more new deportations than any other state, ordering 60,431 new removals in the year ending September 30. Texas courts have led the number of new deportations since 2008, according to TRAC.