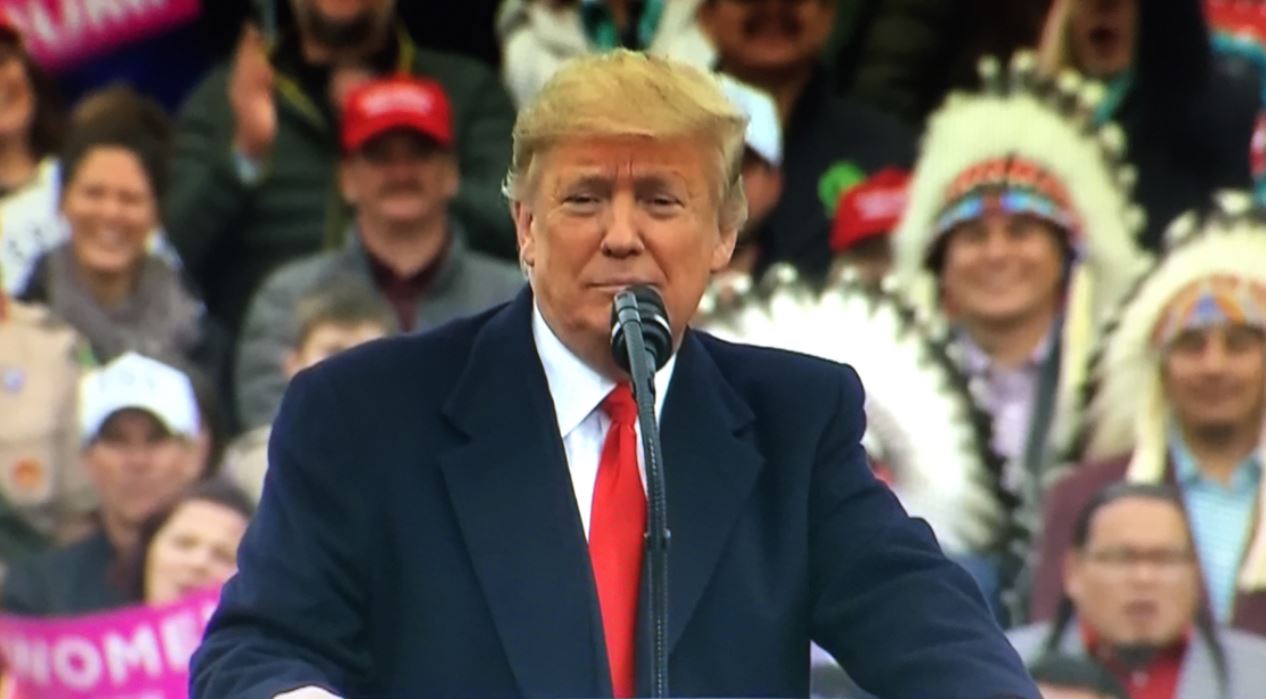 Democrats’ projected takeover of the House ended two years of full GOP control in Washington, during which — theoretically speaking — President Trump had full rein to implement his conservative agenda.

But as Mr. Trump learned the hard way with Republicans’ failure to fully repeal Obamacare, and his inability to secure anywhere near sufficient funding for a border wall, even full Republican control of both chambers of Congress and the White House isn’t always enough.

While the president has long complained of Democrats’ “obstruction,” despite Republicans controlling Congress, the last two years of working the system will be a breeze compared to what the next two likely will be.

Mr. Trump, who wants to pass a second wave of tax cuts and end birthright citizenship, will find it much harder to accomplish those things legislatively. Democrats can quite easily block the president’s desired agenda. Mr. Trump himself admitted the 10 percent tax cuts he wanted for the middle class likely won’t happen without Republicans at the helm.

That leaves the president with few options. He could compromise with them — one of Democratic leader Nancy Pelosi’s aides said Mr. Trump expressed to her that he liked her message of bipartisanship in her victory speech Tuesday. Republican Sen. Lindsey Graham said he thinks legislation on prison reform and infrastructure has a good chance of passing.

But anything much more controversial than that might not.

If there are roadblocks on Capitol Hill, the president could take executive action, a power he has resorted to before, despite his frequent criticism of former President Obama for the same thing. Mr. Trump, who worked to deregulate industries and dismantle Obama-era programs through executive order, has already threatened to end birthright citizenship with his signature.

Democrats’ control of the House also means they will run all of the lower chamber’s committees. From the House Oversight and Government Reform Committee to the House Ways and Means Committee, Democrats will control the agenda, the schedules, and what kind of investigations they pursue.

For Mr. Trump, that means Democrats will have every opportunity to obtain the president’s tax returns, which he has refused to hand over since before the election. Democrats are also poised to launch or continue probes into the president’s businesses and potential conflicts of interest. Mr. Trump never fully divested from his businesses upon assuming office, and Democrats are unsatisfied with the lack of information on how the president and his family might be profiting from transactions the public can’t see. Litigation is already pending claiming foreign payments to Mr. Trump’s businesses violate the Emoluments Clause of the U.S. Constitution.

But Mr. Trump isn’t the only Republican in the executive branch with cause for concern — Democrats are also poised to launch or continue probes into Cabinet-level secretaries and federal agencies.

The Democrats who won Tuesday night take office in January.