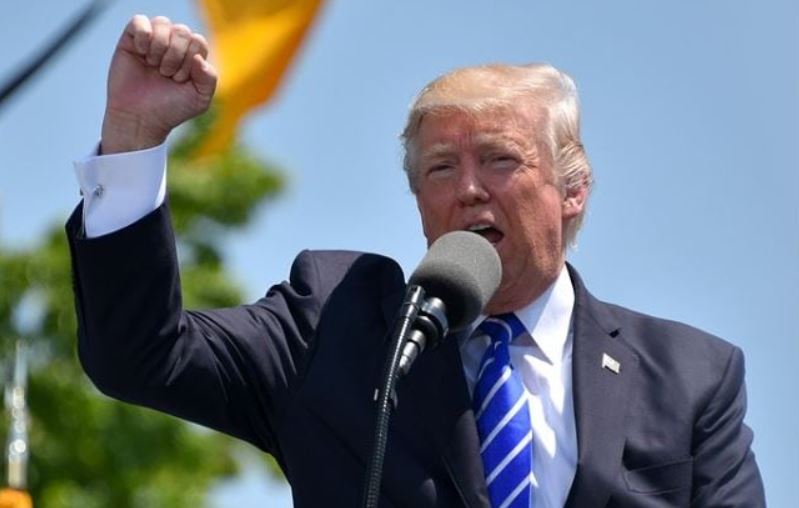 Despite Democrats taking control of the House, the president took to Twitter Wednesday morning to tout his party’s “Big Victory” and say that he received congratulations from “foreign nations (friends) that were waiting me out, and hoping, on Trade Deals.”

President Trump described himself as ecstatic as he watched the election results Tuesday night, perhaps because at least 42 of the candidates Mr. Trump endorsed won Tuesday, reports CBS News’ Major Garrett. The president had focused his campaign efforts on ensuring Republicans maintained their majority in the Senate, and his work paid off.

Even so, Republicans lost control of the House, which means investigations and resistance to the Trump agenda is coming. The Democratic majority in 2019 will be relatively small though, putting an emphasis on Democratic unity at time when the party is fighting over a centrist or progressive identity.

Received so many Congratulations from so many on our Big Victory last night, including from foreign nations (friends) that were waiting me out, and hoping, on Trade Deals. Now we can all get back to work and get things done!

Senate Republicans won in tight races in Missouri, Indiana, Texas, North Dakota, and Tennessee, all states where the president campaigned to support these candidates.

Democrats made health care their number one issue and exit polls showed 41 percent of voters agreed, leading to high voter turnout in states like Pennsylvania, Georgia, and Nevada. Female candidates broke the record for the number of first-time House members with 28 winning their elections.

The White House anticipated the possibility that Republicans would lose control of the House, but what is uncertain now is how will House Democrats use their majority power to investigate the president, and will they try to go down the road of impeachment.

White House counselor Kellyanne Conway warned Democrats against trying to impeach the president, according to the Associated Press.

“I don’t know that there will be much of an appetite for Democrat lawmakers to spend all of their time, or most of their time or even a fraction of their time investigating, instigating, trying to impeach and subpoena people,” Conway said.

The midterms showed the president remains resilient in rural and outer suburban America. But he lost ground in swing suburban districts, setting up a divided government on his watch and the real prospect of intrusive Democratic investigations.