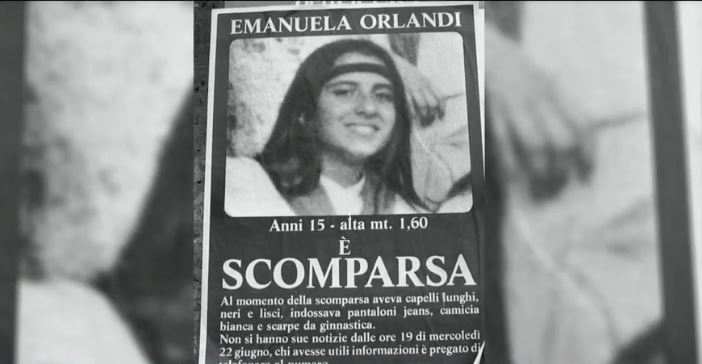 Human remains found at a property owned by the Vatican in Rome have raised hope that a 35-year-old mystery involving a teenage girl’s disappearance could be nearing a resolution.

The Holy See said in a statement released Tuesday that fragments of human bone were found during restoration works on an annex next to the Vatican’s diplomatic office in the Italian capital.

“The Vatican Gendarmerie promptly intervened on the spot, informing the superiors at the Holy See who immediately informed the Italian Authorities,” it said online, adding that an investigation has been launched.

According to the statement, the chief prosecutor of Rome, Giuseppe Pignatone, said experts were trying to establish the age and sex of the remains, as well as the date of death.

Italian media have begun speculating whether the remains are connected to Emanuela Orlandi, a 15-year-old girl who vanished without a trace after leaving her Vatican apartment for a music lesson in 1983. She was the daughter of a prominent employee of the Institute for the Works of Religion, which is widely known as the Vatican Bank.

The mystery has captivated people throughout Italy and triggered numerous conspiracy theories — pointing the finger at everything from the Mafia to the Vatican itself.

A top Vatican exorcist, the late Rev. Gabriele Amorth, had previously told CNN he suspected the girl had been abducted for sexual reasons, saying: “The investigation should be carried out inside the Vatican and not outside.”

In 2005, an anonymous call to an Italian detective said Orlandi was kidnapped on the orders of the then-vicar of Rome, Cardinal Ugo Poletti, and that “the secret to the mystery lies in a tomb in Sant’Apollinare basilica” — specifically the tomb of mobster Enrico “Renatino” De Pedis.

De Pedis was gunned down in Rome in 1990 and his body was moved to the basilica sometime before 1997, presumably either as part of a secret deal for a massive loan De Pedis allegedly made to the Vatican or to protect his tomb from being desecrated by rival gang members.

In 2008, De Pedis’ mistress said he had been involved in Orlandi’s kidnapping and that the girl was buried under the foundation of a house outside Rome. Investigators searched that house but found that the concrete foundation was poured the year before the girl’s disappearance and could not have been connected to the crime.

In 2012, investigators opened his tomb and unsuccessfully searched it for clues.

The Vatican has distanced itself from the Orlandi controversy.