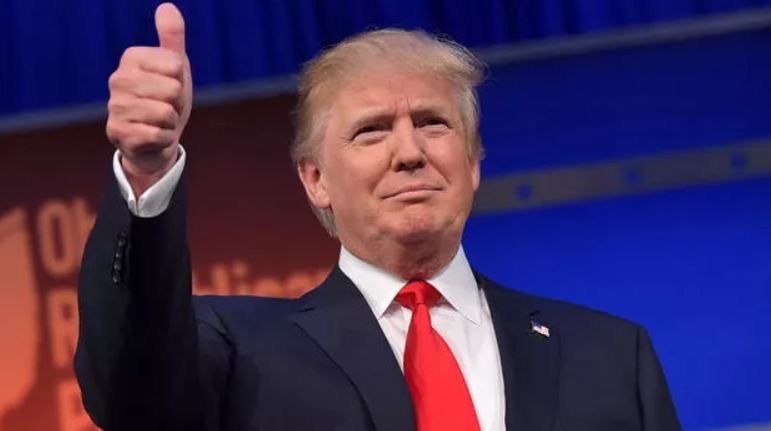 The Trump campaign launched a $6 million broadcast and digital ad buy Monday to urge voters to back Republicans in next week’s midterm elections–without even mentioning the president’s name.

The minute-long spot focuses on the country’s low unemployment rate and improvements in the economy, with the narrator warning that “this could all go away if we don’t remember where we came from and choose the right future.”

The ad aims to give Republicans credit for economic turnarounds that began the Obama years. It includes flashbacks to a 2010 jobs report showing unemployment nearing 10 percent, just two years after the beginning of the financial crisis that started under a Republican administration.

“Things are starting to change,” the female narrator says. “There’s more opportunity, and security to invest in the ones that matter.”

The ad features a generic Republican yard sign in a suburban area, representative of the battleground districts for the House of Representatives, and a woman checking the box for a Republican woman candidate on the ballot on Election Day. But it does not mention President Trump himself.

The ad comes as Mr. Trump is ramping up his campaign schedule in the final stretch of the midterm elections, with stops planned in Florida, Missouri, West Virginia, Montana, Georgia, Tennessee, and Ohio. The president’s re-election campaign has spent over $20 million on this year’s elections, in which GOP control of Congress is at stake.

Last week, the campaign transferred $3 million to the Republican National Committee to benefit campaigns across the country. And by Election Day, Trump will have hosted 30 “Make America Great Again” rallies, according to his campaign.

The activity shows Mr. Trump’s personal investment in next week’s elections, which are largely seen as a referendum on his presidency. The president’s schedule takes him to states he won, and mostly where Democratic U.S. Senate incumbents are trying to fend off formidable challenges from Republican challengers.

But while Republicans running for the Senate may be eager to campaign with the president, many House incumbents are keeping him at a distance, particularly mindful of reaction among suburban women voters who will play a pivotal role in battleground districts.

The loss of control of the House would give Democrats subpoena power to look into the president’s tax records and potentially move forward with articles of impeachment.

And while the ad focuses on the economy, the president is playing into more hot-button issues like immigration and court nominations on the campaign trail — designed to rally the party base — and calling the Democratic opposition “the mob.”

Mr. Trump has seized on news of a migrant caravan traveling from central America to the U.S. border with Mexico. At a campaign rally in Montana earlier this month, he said the midterms will “be an election of Kavanaugh, the caravan, law and order and common sense,” referring to the controversial confirmation of the newest Supreme Court justice.

But even as the president demonstrates a personal interest in keeping Republicans in control of Congress, he has said he will not take the blame for losses. “No, I think I’m helping people,” the president said In an interview with the Associated Press earlier this month, when asked if he would take responsibility for any negative outcomes.

However, he has also acknowledged that November’s election has everything to do with him. “I’m not on the ticket, but I am on the ticket, because this is also a referendum about me,” he said at a rally in Mississippi earlier this month.