Arrest made in connection to suspicious packages 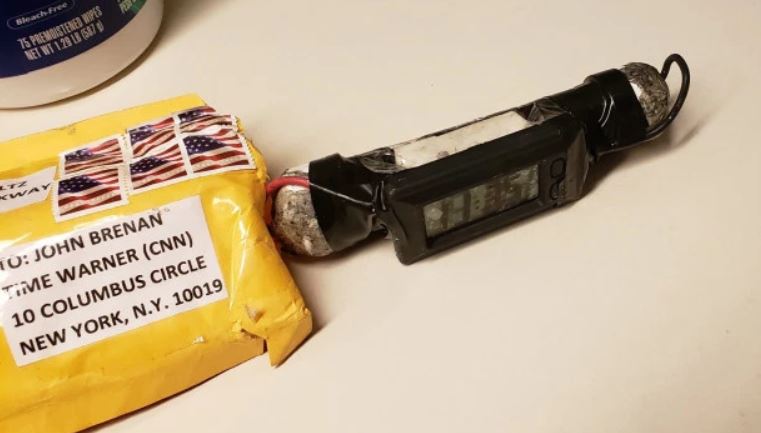 Federal authorities have arrested a man in connection to the suspected explosive packages discovered this week, the Justice Department announced Friday.

Multiple law enforcement sources told CNN the suspect is a man in his 50s with an Aventura, Florida, address, and was arrested at a business in Plantation, about 20 miles away in South Florida. He has a criminal history and has ties to New York, the officials said.

Additional details, such as his name, were not immediately released.

Trump was briefed on the arrest by chief of staff John Kelly, a White House official said, and the President was planning to make remarks about the development early Friday afternoon. As the situation unfolded mid-morning — before the arrest was announced — the President complained on Twitter that the news media was busy reporting on “‘Bomb’ stuff” and not politics.

“Republicans are doing so well in early voting, and at the polls, and now this ‘Bomb’ stuff happens and the momentum greatly slows – news not talking politics. Very unfortunate, what is going on. Republicans, go out and vote!” Trump tweeted.

The package intended for Clapper also was addressed to CNN, a law enforcement official said. It was found at a New York City postal facility and was similar to the other packages, the official added.

Trump was being briefed on the latest developments Friday morning, White House press secretary Sarah Sanders said. As the situation unfolded, the President tweeted about illegal immigration, a key campaign issue he’s highlighted ahead of the midterm elections.

Law enforcement authorities are treating the bombs as a domestic terror matter. The motive is unknown, but the recipients are all prominent targets of right-wing criticism and, in many cases, of Trump himself.

“I can tell you this: we will find the person — persons responsible, and we’re going to bring them to justice,” Sessions said. A Justice official told CNN that Sessions canceled a trip to Louisiana scheduled for Friday to ensure that all resources, such as his plane and personnel required for his travel, would be available for the ongoing investigation.

Clapper, who has frequently criticized Trump, vowed to CNN Friday morning that he wouldn’t be intimidated in light of the discovery.

“I do want to just echo one thing that John Brennan said and that this is not going to silence the administration’s critics,” Clapper said.