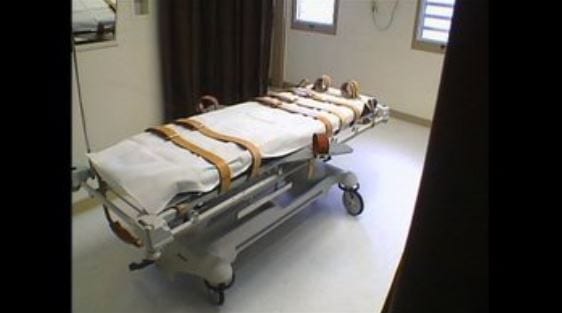 Washington state’s Supreme Court on Thursday ruled the death penalty was unconstitutional because it was inconsistently applied, making Washington the 20th state in the US to outlaw capital punishment.

The court said the death penalty’s use varied depending on the location of the crime or the race of the accused — a violation of the state’s constitution. Budgetary resources and county of residence were also contributing factors, the ruling said.

The state has eight prisoners on death row, according to the Death Penalty Information Center, and the ruling said all their death sentences would be changed to life in prison.

“The court makes it perfectly clear that capital punishment in our state has been imposed in an ‘arbitrary and racially biased manner,’ is ‘unequally applied’ and serves no criminal justice goal,” said Washington Gov. Jay Inslee, who in 2014 imposed a moratorium on the death penalty, saying it was inconsistently applied.

“This is a hugely important moment in our pursuit for equal and fair application of justice,” he added.

The state has carried out five executions since the US Supreme Court reinstated capital punishment in 1976, data from the nonprofit shows. All five defendants were white.

But studies have indicated race does play a role in juries’ decision to sentence a defendant to death. A study from the University of Washington found jurors in the state were “more than four times more likely to impose a death sentence if the defendant is black.”

The ruling was handed down Thursday morning in the case of Allen Eugene Gregory, who was convicted and sentenced to death in 2001 for the murder of a woman five years prior, according to court documents.

The court said it would not reconsider Gregory’s conviction of aggravated first-degree murder.

In a statement, the American Civil Liberties Union praised the court’s decision.