Hurricane Florence made landfall as a non-major hurricane, but the storm’s impact has been anything but minor.

That is one of the pitfalls of the current hurricane intensity scale, which is entirely based on wind speed, leaving the potential rainfall and flooding impacts to be glossed over in initial forecasts that emphasize hurricane category.

In the case of Florence, wind speeds dropped before landfall, making the storm appear less dangerous, but the major threat with this storm was always associated with the rainfall numbers and storm surge.

In the aftermath, we are seeing the effects that a slow moving, moisture-laden storm can have, even if it does not have major hurricane wind speeds.

Below are the preliminary rainfall totals from across North Carolina: 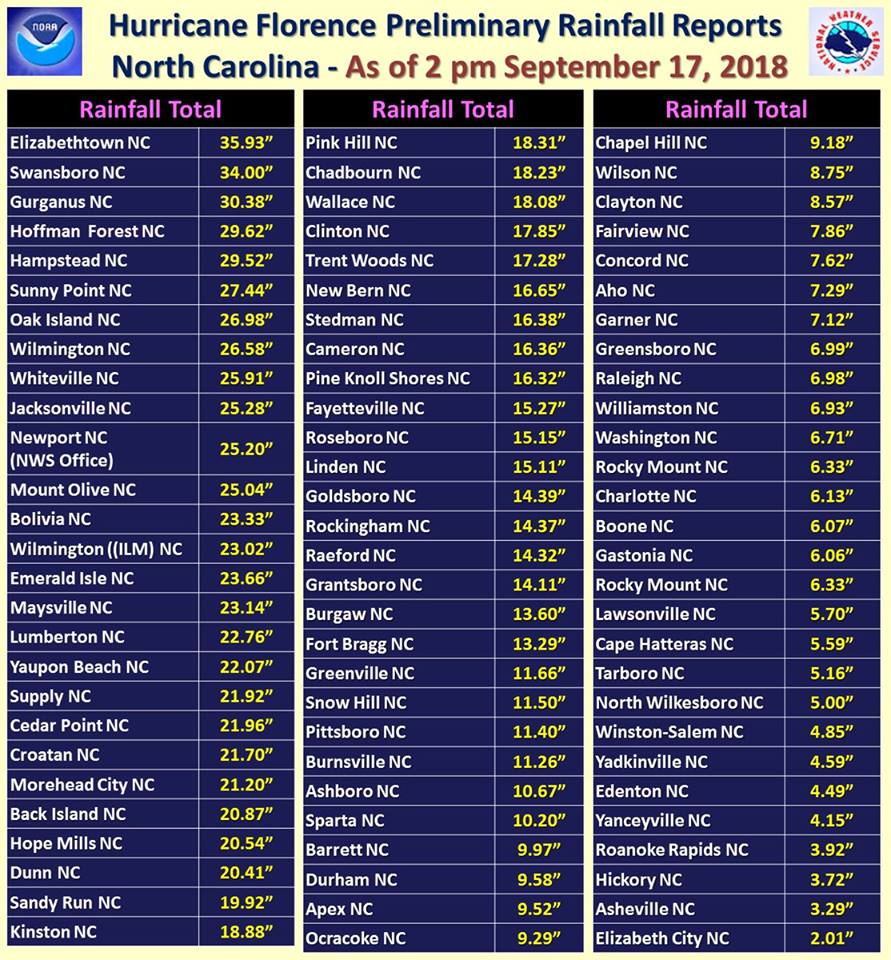 Follow the link below for an interactive aerial tour showing the before and after of the massive flooding Hurricane Florence has left behind.