Bezos: If Trump welcomed media scrutiny, “that would be so secure and confident” 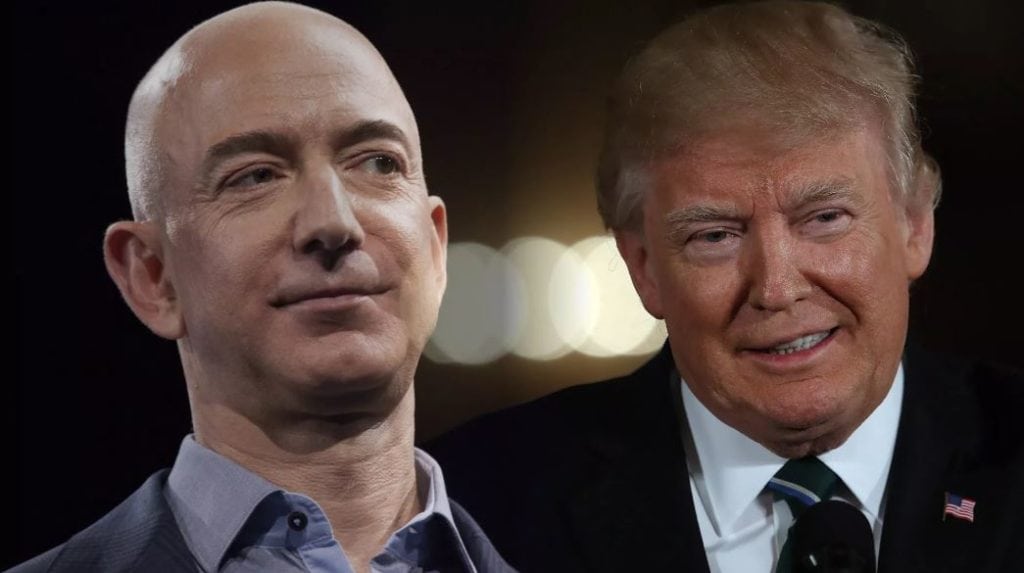 Washington Post owner and Amazon founder Jeff Bezos — no stranger to attacks on his companies and himself from President Trump — said that the president should welcome media scrutiny instead of bashing journalists.

Mr. Trump often blasts the Washington Post as “fake news,” and has accused the Post of being a lobbying arm for Amazon, a claim the Post has denied as completely inaccurate.

Bezos, speaking at the Washington Economic Club Thursday night, said it’s a “mistake” for any elected official to attack the press.

“Well I do defend the Post,” Bezos said. “I don’t feel the need to defend Amazon. But I will say this — it is a mistake for any elected official, in my opinion, I don’t think this is a very out-there opinion, to attack media and journalists. I believe that it is an essential component of our democracy.”

“I think there’s probably no public figure who has ever liked their headlines. It’s OK. It’s part of the process,” Bezos continued. “If you’re the president of the United States or a governor of a state or whatever, you don’t take that job thinking you’re not going to get scrutinized. You’re going to get scrutinized. It’s healthy. What the president should say is, this is right, this is good, I’m glad I’m being scrutinized, and that would be so secure and confident. But it’s really dangerous to demonize the media. It’s dangerous to call the media lowlifes. It’s dangerous to say that they’re the enemy of the people.”

But the attacks on the press — while dangerous — aren’t stronger than U.S. institutions, Bezos said.

“We are so robust in this country. The media is going to be fine,” Bezos predicted.

Bezos said he and Marty Baron, the Post’s editor, remind journalists that despite the commander-in-chief’s attacks on the media, the paper isn’t at war with the Trump administration.

Mr. Trump frequently goes after the Post and other media outlets in tweets and at rallies. Mr. Trump at one point recently clarified that only the “FAKE NEWS” media is the “enemy of the people,” but followed that by saying the vast majority of the media — about 80 percent, he said — qualify as fake news.

Mr. Trump has also taken to attacking Amazon, claiming it uses the Post Office as a “delivery boy.” Despite the president’s attacks on Amazon, CBS News first reported that his campaign frequently used the company for supplies, like many households in America.