Job growth surged in August as the economy hit the gas

U.S. employers sped up their hiring in August, reversing several months of slowing gains. Some 201,000 jobs were added, with the unemployment rate holding steady at 3.9 percent, according to the monthly jobs report released by the Labor Department.

The numbers beat economists’ predictions of about 190,000 jobs added.

Wage growth accelerated, with hourly earnings rising 2.9 percent year-over-year. Economists have been puzzled by wage growth that has appeared stuck between 2 and 2.5 percent, despite historically low unemployment. 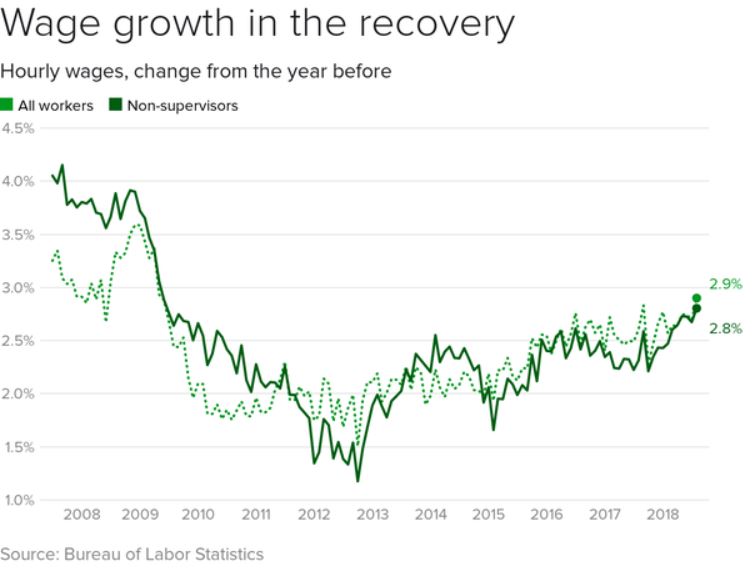 “Wages have been lagging for months given the late stage of the expansion, and they’re still nullified by the increase in inflation,” said Robert Frick, corporate economist with Navy Federal Credit Union, in a statement. “However, given that jobs added are still above 200,000, showing many more Americans want to work, and wages have started to increase about the 2.7% level, we could be entering that sweet spot for workers that’s typical at an expansion’s peak.”