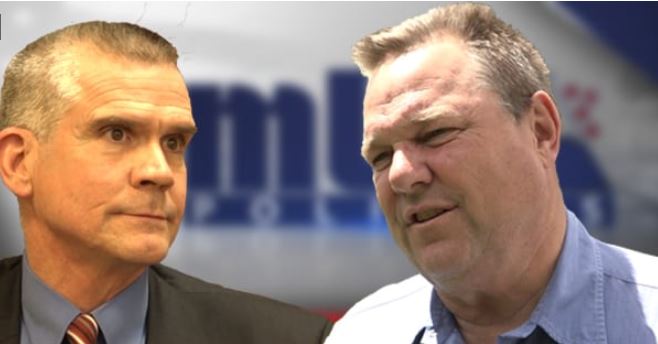 At about 9:40 a.m., the first vote results posted since early in the morning gave Tester a 1,000-vote lead, with 48.7 percent of the total to 48.4 percent for Rosendale. Libertarian Rick Breckenridge was holding steady at just under 3 percent.

The outcome was far from settled, as thousands of votes had yet to be counted in Bozeman, Missoula, Great Falls and Billings. However, most of those uncounted votes were in Bozeman and Missoula, where Tester has been beating Rosendale in earlier returns.

Tester, who had seen an early lead slip away after midnight and trailed by 2,600 votes early Wednesday, told supporters late Tuesday night that he felt confident of victory.

“I feel absolutely, unequivocally very good about where we’re at right now,” he said to the crowd at his election-night party at the Holiday Inn in Great Falls. “And I will tell you that I look forward to sharing with you tomorrow some very good news.

It was still unclear Wednesday morning how many votes remained in which counties. However, absentee counts and other sources indicated that anywhere from 20,000 to 40,000 more votes may still be uncounted.

Rosendale, the state auditor, told his supporters at a Helena election-night party Tuesday that the race wouldn’t be decided until Wednesday.

“It looks like it’s going to be a long night,” he said. “They’re going to be driggling and driving votes in for quite some time now.”

Tester, a farmer from Big Sandy, led early Tuesday evening as the first round of absentee votes were counted in major cities, but the race slowly tightened as more and more returns came in from rural counties, where Rosendale did well.

Tester, however, led in all of the state’s major cities except Kalispell and Billings, and led in a handful of smaller counties as well, such as Hill and Park and counties with substantial Native American populations.

The Senate race is the most expensive single electoral contest in Montana history, with more than $60 million spent by the candidates and outside groups.

President Trump also visited Montana four times since July to campaign for Rosendale and against Tester, including a stop at the Bozeman airport on Saturday.

RELATED: Rosendale clings to lead over Tester in Senate race, but many votes uncounted