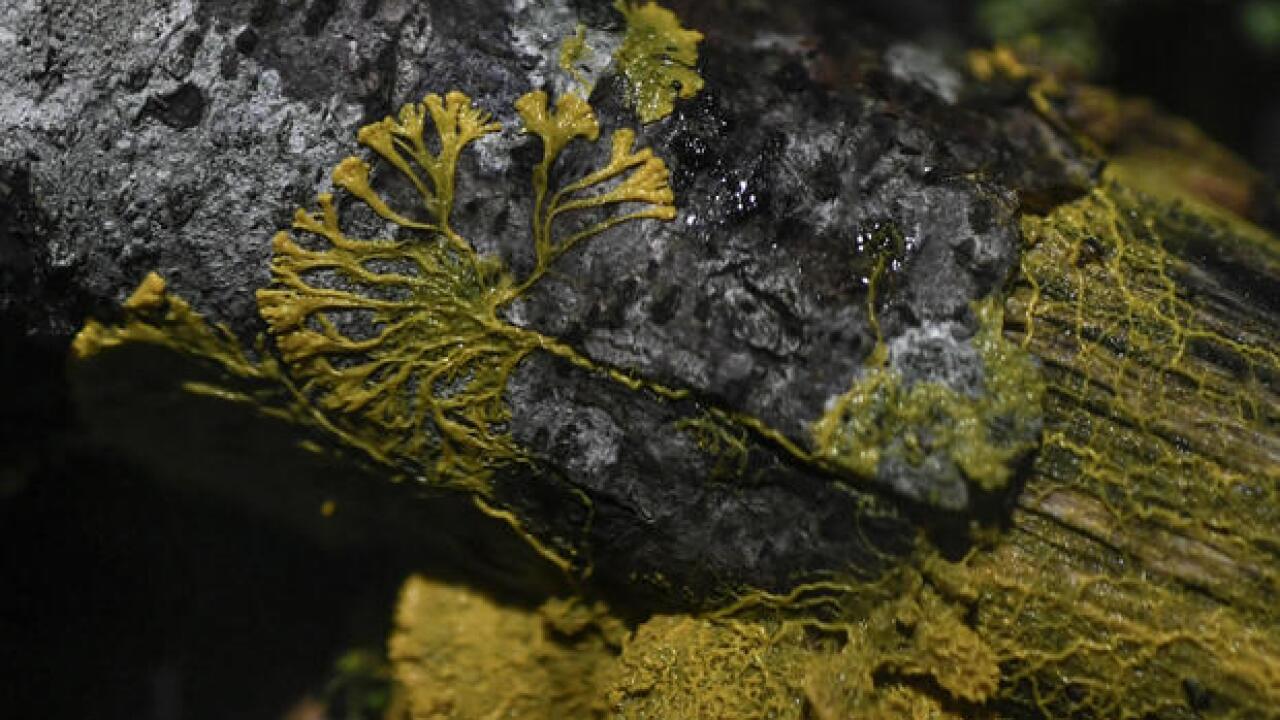 PARIS — It's bright yellow, it has no brain and it can heal itself in just a few minutes. This sounds like something out of a horror film, but the mysterious creature is actually a living organism — and a zoo in Paris is putting it on display.

The Paris Zoological Park announced this week it is unveiling a first-of-its-kind exhibit Saturday featuring a slimy organism called "The Blob." The exhibit will showcase its rarities for the public and allow visitors to learn about the odd creature.

The unicellular mold is known officially as physarum polycephalum, or the "many-headed slime." It has no mouth, stomach, eyes, brain or nervous system, but it can detect and digest food. The zoo said the organism first appeared a billion years ago.

Researchers said the creature is essentially immortal, fearing only light and drought.

The zoo said the blob has almost 720 sexes and has no problems reproducing. It's been studied since the 1970s, but the mold remains mostly a mystery to scientists.

"The blob is a living being which belongs to one of nature's mysteries," David told Reuters.

The organism moves without legs, wings or fins at a speed of up to 1.6 inches per hour. It is also self-healing — able to regenerate itself in just two minutes after being cut in half.

The Blob is not an animal, a plant or a mushroom, but scientists are still not sure exactly how to classify it. It can remember things, adapt its behaviors and find its way out of a maze, which are all animal-like behaviors.

"It surprises us because it has no brain, but is able to learn ... and if you merge two blobs, the one that has learned will transmit its knowledge to the other," David added.

Researchers at the Zoological Park first grew the organism in petri dishes and fed it its favorite food, oatmeal. It has since been moved to tree bark, which it feeds on, and continues to grow in a terrarium or glass container.

The Blob got its name from the 1958 science-fiction horror movie starring Steve McQueen, in which a blob from space terrorizes a Pennsylvania town. Scientists are hoping this blob behaves a bit differently to its film counterpart.