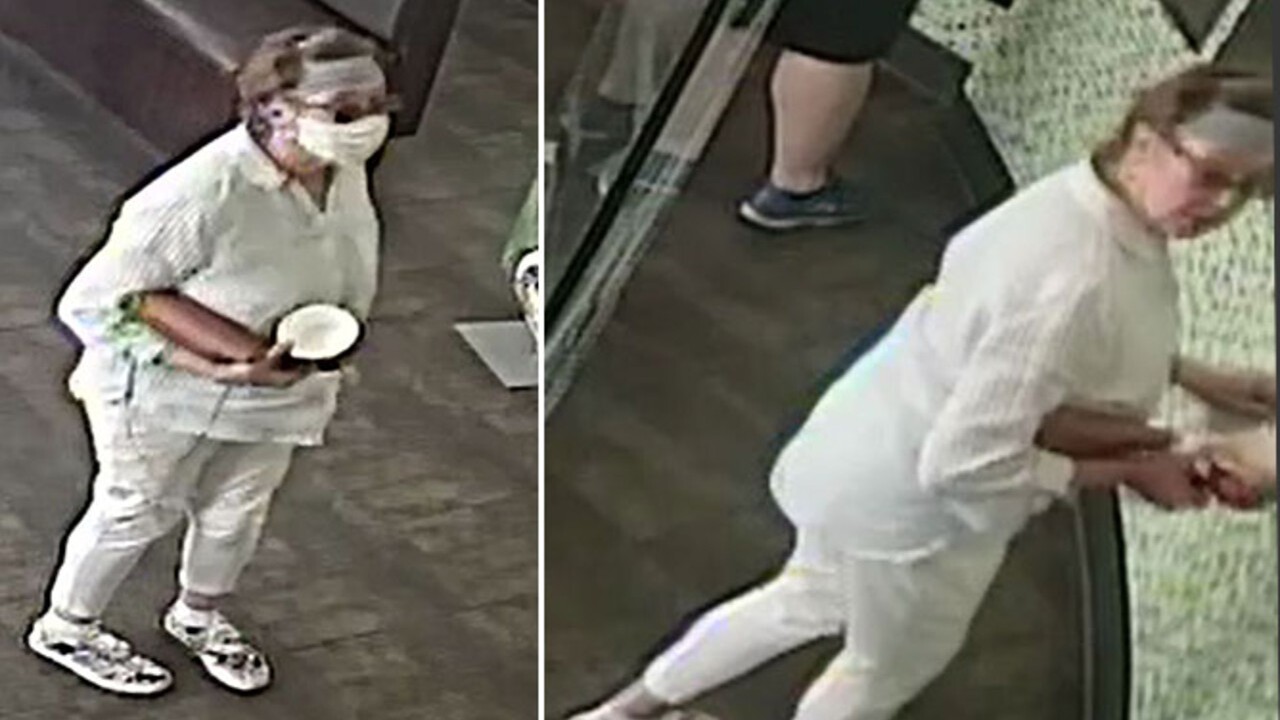 SAN JOSE, Calif. – A woman was caught on video intentionally coughing on a baby at a California yogurt shop after getting into an argument with the child’s mother.

The San Jose Police Department is asking for the public’s help in identifying the woman, who they call an “assault suspect.”

Police say the adult female suspect was standing in line inside a Yogurtland in front of the mother and her 1-year-old child, who was in a stroller.

A preliminary investigation revealed the suspect was upset the mother was not maintaining proper social distancing, so she removed her face mask, got close to the baby’s face, and coughed two to three times, according to police.

Video then shows the suspect leaving the business. She has not yet been identified or apprehended.

Police say they are looking for help identifying a woman wanted for assault after coughing on a 1-year-old at a frozen yogurt shop in California.

The mother of the child told @abc7newsbayarea the woman approached her after she started speaking Spanish. https://t.co/PDfBKQasRs pic.twitter.com/Tj0IOGw72J

The mother says she believes the incident was race-related.

"I believe this woman may be racist because the family in front of her is white. Me and my grandma are Hispanic and she started telling me about my distance and harassing me and my son once I started speaking Spanish to my grandma," she told KGO-TV.

The suspect is described as a white female in her 60s, with a medium build. At the time of the incident, she was wearing a gray bandana, glasses, long sleeve shirt with gray vertical lines, white dress pants, and patterned tennis shoes.

Anyone with information is asked to contact Detective Dan Bowman of the San Jose Police Department's Assaults Unit at 408-277-4161. Those wishing to remain anonymous can call the Crime Stoppers Tip Line at (408) 947-STOP (7867).