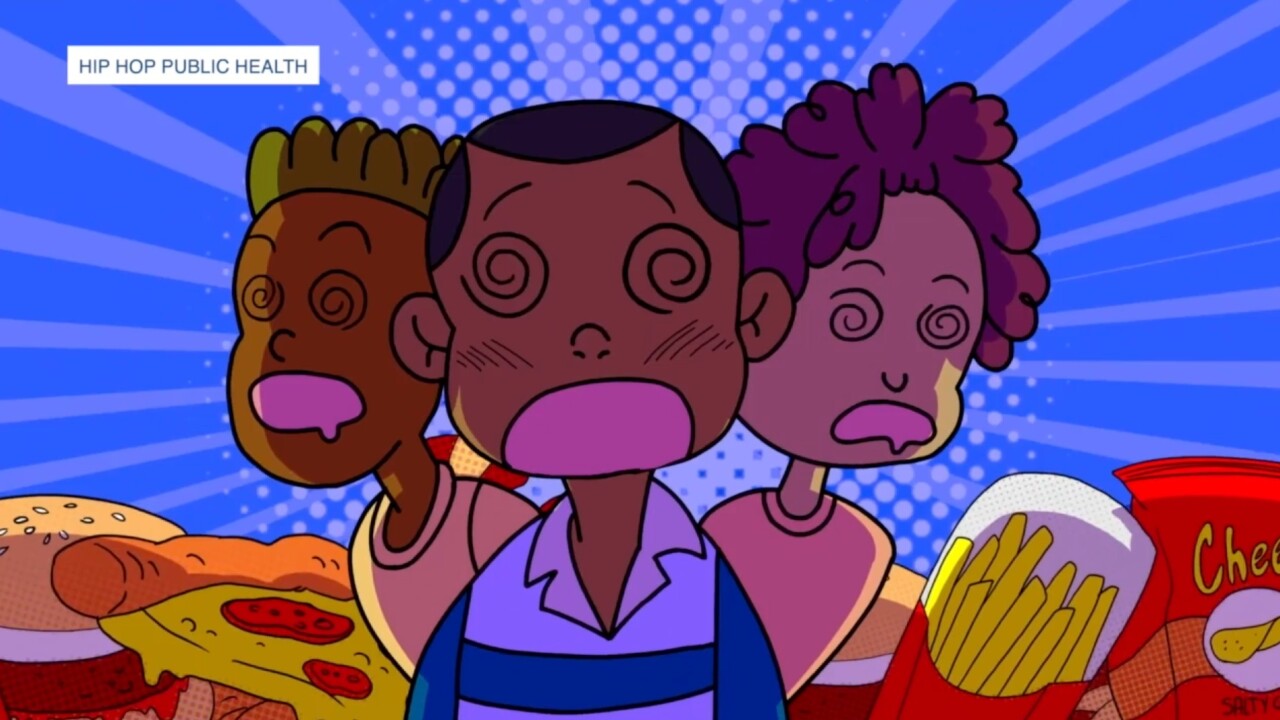 Through music, New York City's "Hip Hop Public Health" is creatively reaching underserved communities. Using a variety of campaigns and health-related topics, they're not only getting local and national interest, they're getting noticed around the world. Their most recent release has to do with salt and uses a popular song from the 90s.

You might recognize the song and tune, but this time, instead of "Let's Talk about Sex," "Let's Talk about Salt" stars the Grammy winning Cheryl "Salt" James from the musical group Salt-N-Pepa. The song is focused on preventing hypertension, which has a lot do with salt.

“The reality is most people consume way too much salt. It’s ubiquitous in the American diet,” said the "Hip Hop Doc," who is also known as Dr. Olajide Williams. “I still haven’t fully embraced it but it's a fun name and whatever I can do to further the cause to inspire young children to be healthy, I’d embrace any moniker for that."

“I started it because of the tremendous disparities and inequities that flood communities of color.”

Dr. Williams says that to affect systemic change, we need a multi-layered approach, which has a lot to do with communication.

“Information – adequate, effective information doesn’t penetrate a lot of our marginalized communities of color sufficiently enough, effectively enough to enable, ignite and inspire behavior change,” said Dr. Williams, who also says there are often problems with the credibility of the messenger.

Dr. Williams developed a model in which hip-hop icons deliver messages. People are drawn to the music which then connects them to the information. Hypertension prevention is just one of their missions. They've promoted inclusion and fought childhood obesity with Special Olympics.

This past spring, they released "20 Seconds Or More" to empower youth with accurate information about COVID-19. CEO and Executive Director of Hip Hop Public Health, Lori Rose Benson, says “we’re hearing from schools all around the country, in fact all around the world, about how habits are changing.”

Benson says their handwashing song was used at an international school in India.

“We have a very strong infrastructure in terms of connecting with school communities. We work very closely with school districts all around the country, from New York City to Seattle to West Palm Beach, Florida, and Boston.”

All of the resources are free, and their reach is crafted towards the platforms in which youth would engage. That includes things like social media websites and YouTube.

“We know that knowledge is power and when you’re empowered by knowledge, you can change your behaviors and operate a certain way and sometimes these behavior changes are the difference between life and death.”

These efforts are culturally tailored to make a difference, which will hopefully have a huge impact on all of our futures.