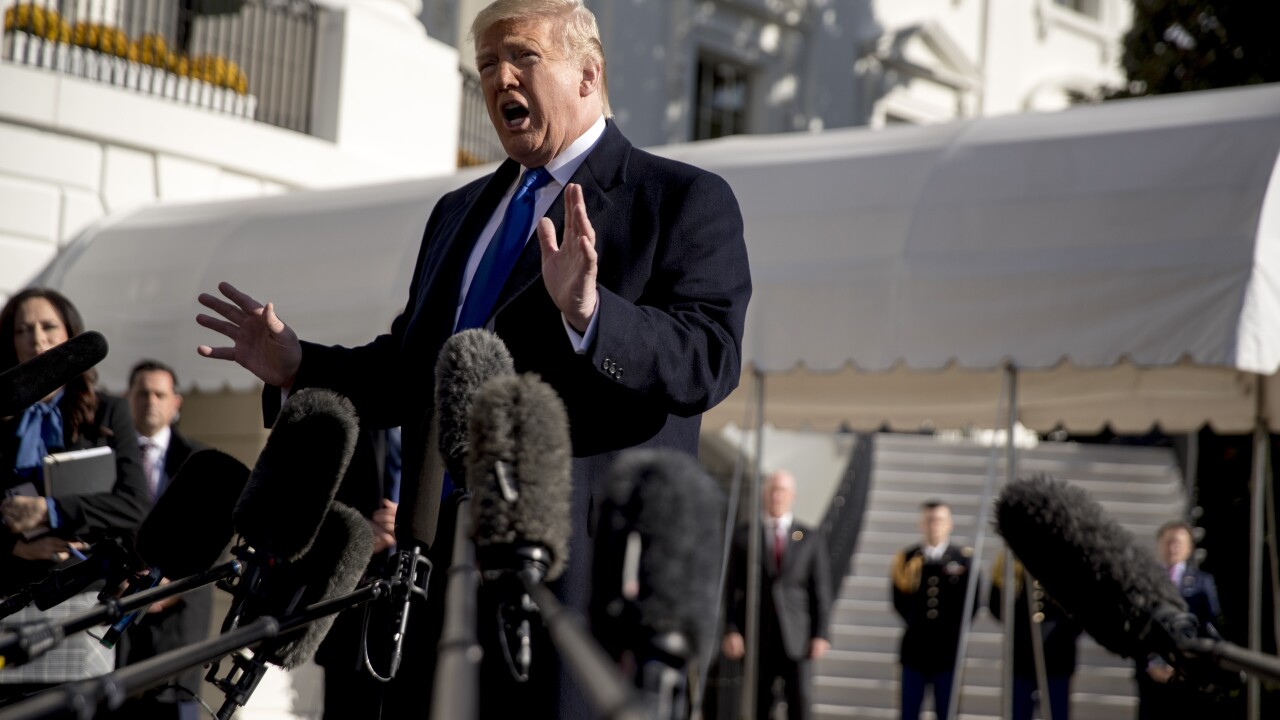 The Trump administration will be making an "important" decision on vaping next week, U.S. President Donald Trump told reporters outside the White House on Friday.

"We have to take care of our kids most importantly, so we're going to have an age limit of 21, or so," Trump said. "But we'll be coming out with something next week very important on vaping. We have a lot of people to look at, including jobs, frankly, because it's become a pretty big industry."

The president added they're going to come out with a "big paper" next week but didn't offer any more details.

The announcement comes amid an outbreak of vaping-related lung injuries. The U.S. Centers for Disease Control and Prevention released new figures Thursday showing there are at least 2,051 confirmed cases of lung injury linked to vaping as of November 5.

Pres. Trump on vaping: "We're going to be coming out with an important position on vaping. We have to take care of our kids, most importantly, so we're going to have an age limit of 21 or so,"