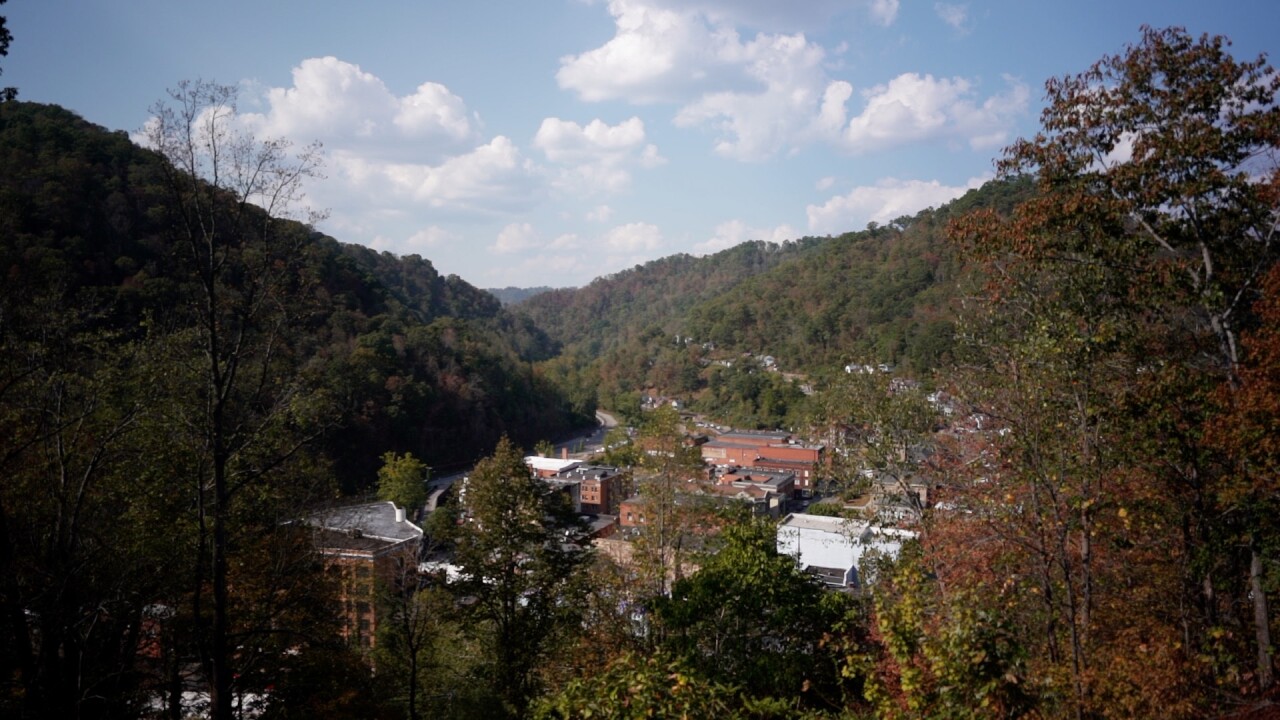 “You’re deep in Appalachian Mountains here,” said Jay Chatman, a longtime resident of Welch. “I guess a lot of people feel like the mountains is a protective thing, you know.”

The Town of Welch is in McDowell County, which once produced more than any other county in West Virginia.

“Coal is the only thing that’s got McDowell County still on the map,” said Tina McNeely, a longtime resident of Welch. “The only reason we’re still here is because of the coal industry.”

The Town of Welch was established in the late 1800s, and it was built on coal.

“It was like a little New York, it was amazing,” said Chatman, who also is one of the town’s historians. “There 34 restaurants in Welch, three car dealerships, three movie theaters, two magazine shops, and in September 1941, they build the first parking garage in the United States that is still standing today.”

All of this was possible through the coal companies that mined in the town for generations.

Welch was the American dream, and it is filled with generations of coal miners.

“A person doesn’t know what it means until you go underground and can’t get out without that elevator,” said Richard Evans, a resident of McDowell County. “You’re going to learn real quick.”

Evans worked in a coal mine one summer when he was younger, and said he found out it wasn’t for him.

“You just go in and you ride a buggy down and you go to work,” he recalled. “Then you ride it out, and you hope you can get out. I’ve seen them come and see them go. I’ve lost a lot of friends who worked in the mines.”

“My father was a miner,” said Ann Turlet, the owner of the arts center in Welch. “He mined for 35 years. He died young of the black lung. Coal mining is important to this area, and coal mining is what took care of my mother when my father passed.”

Everyone in Welch is connected through coal somehow.

“My daddy was a coal miner all my life,” McNeely said. “I’m the baby of thirteen kids, and he raised all of us shoveling coal. And I’m talking back in the day when you dug coal with a number four coal shovel and used jackasses to haul your coal up there with buggies.”

The rest of the country took billions of dollars out of the mountains over the decades, and at one point, McDowell County produced the most coal out of any other county in West Virginia. At its peak, the county was home to more than 100,000.

“At one time, the world beckoned the door of McDowell because of the technology and the coal mining here,” Chatman said.

“It’s these men busting their humps every day that’s keeping this county and the town of Welch alive,” McNeely said. “Without the coal this county has nothing.”

“Twenty to 30 percent of electricity used in the country is made from coal,” said Jason Bostic, the vice president of the WVCA. “The one regulation restriction that has been a deep cut – almost fatal and has been fatal to certain parts of the state and operations were changes to the clean air act regulations related to mercury control.”

From 2008 to 2016, coal production plummeted from 166 million tons to 85 million in West Virginia, according to the WCVA.

“For the last 10 to 15 years, coal mines were closing left and right,” Evans said.

“There’s about 535 that have closed, but we’re estimating about 600 closing,” Bostic said.

The Trump administration announced the repeal of a major Obama-era clean water regulation that had placed limits on polluting chemicals that could be used near streams, wetlands and other bodies of water.

The rollback of the 2015 measure, known as the Waters of the United States rule, adds to a lengthy list of environmental rules that the administration has worked to weaken or undo over the past two and a half years. Those efforts have focused heavily on eliminating restrictions on fossil fuel pollution, including coal-fired power plants, automobile tailpipes, and oil and gas leaks, but have also touched on asbestos and pesticides.

Coal production has now been on a small rise from 2016, up to 99 million tons in West Virginia as of 2019, according to the WCVA.

“If you stay out of West Virginia’s way, we think the coal industry will stabilize,” Bostic said. “It’s not ever going to be nearly what it was, but we think that coal we produce will be of higher value.”

Outside of the mountains, those living in McDowell county believe there is a perception of them.

“They think we’re ignorant,” McNeeley said. “Honey we’re just as educated as anybody else.”

“Most of us realize that coal isn’t going to be our economic driver,” Turlet said. “It can be what it can be, but it will not be the thing that lifts us out of where we are.”

With coal now producing better than it was years ago, those living here think now is the time to rebuild the home they love.

“That’s where we diversify to history, and tourism,” Chatman said.

“There’s always lots of ideas, just picking one and picking another and just building on what we have is the challenge,” Turlet said.