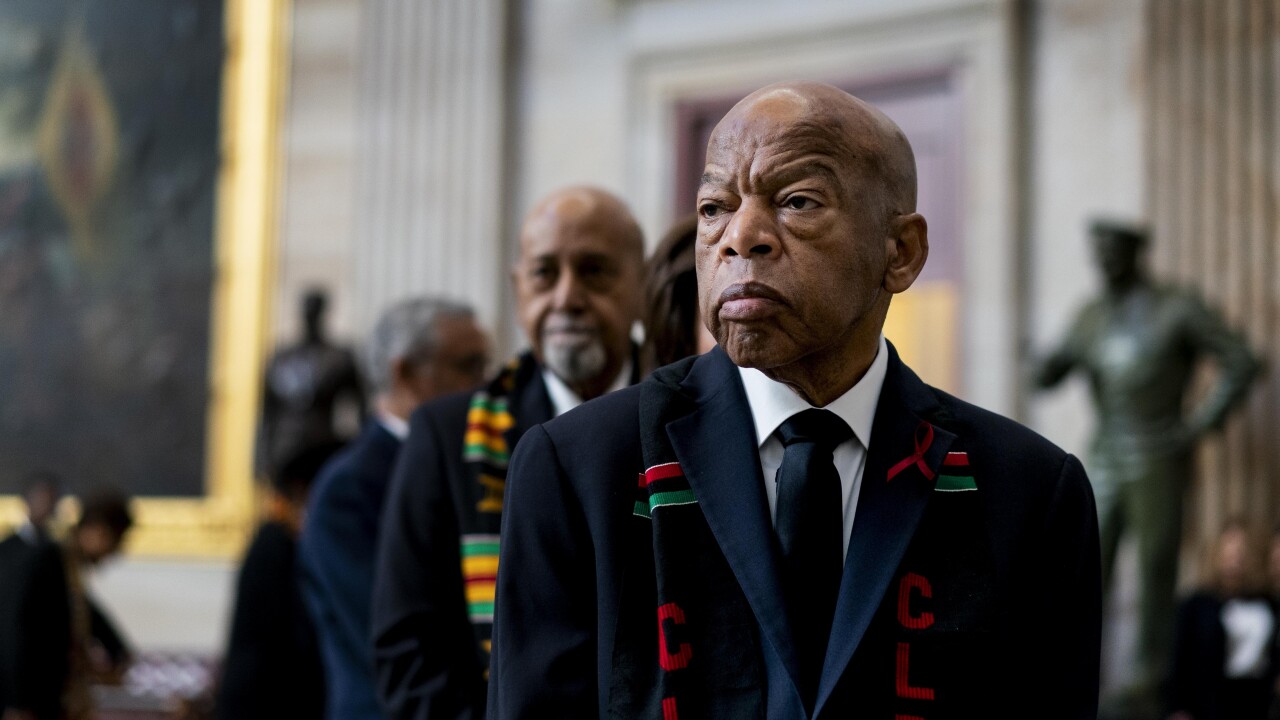 TROY, Ala. – A memorial service was held for civil rights icon and U.S. Rep. John Lewis in his hometown in Alabama on Saturday.

Lewis died at 80 years old on Friday, July 17, after a battle with stage 4 pancreatic cancer. The Democrat served 17 terms in the House of Representatives, representing Georgia’s 5th congressional district since 1987.

The Alabama service celebrating “The Boy from Troy” was held at Troy University’s Trojan Arena, followed by a public viewing.

WATCH THE SERVICE BELOW:

The service had a limited amount of seating for members of the public, in accordance with social distancing guidelines. Visitors were also asked to wear face coverings.

The congressman’s family, friends and the public celebrated his life and legacy of fighting for human rights in the U.S.

Troy University says Lewis was born the son of sharecroppers in 1940, grew up on his family’s farm and attended segregated public schools in Pike County. As a young boy, he was inspired by the activism surrounding the Montgomery Bus Boycott and the words of the Rev. Martin Luther King Jr., which he heard on radio broadcasts, the school says.

Lewis’ upbringing in Alabama is said to have shaped his passion for civil rights and led him to become a vanguard of progressive social movements.

“John Lewis helped change the history of America,” said Troy University Chancellor Dr. Jack Hawkins, Jr. “His focus on justice for all was a rallying cry for the ages. He was a good man with a loving heart, and he will be missed.”

On Sunday, Lewis’ casket will be carried over the Edmund Pettus Bridge in Selma, where he and other civil rights activists were beaten by law enforcement in 1965.