Jimmy Carter assists Habitat for Humanity one day after fall 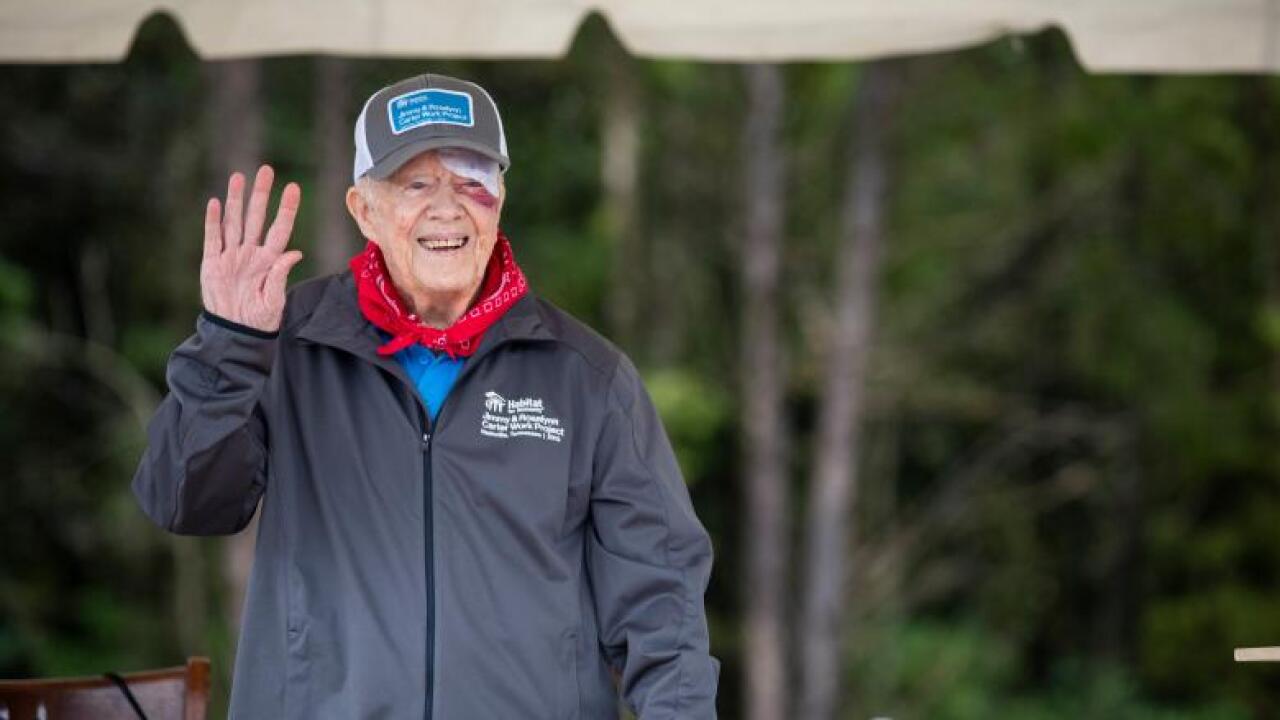 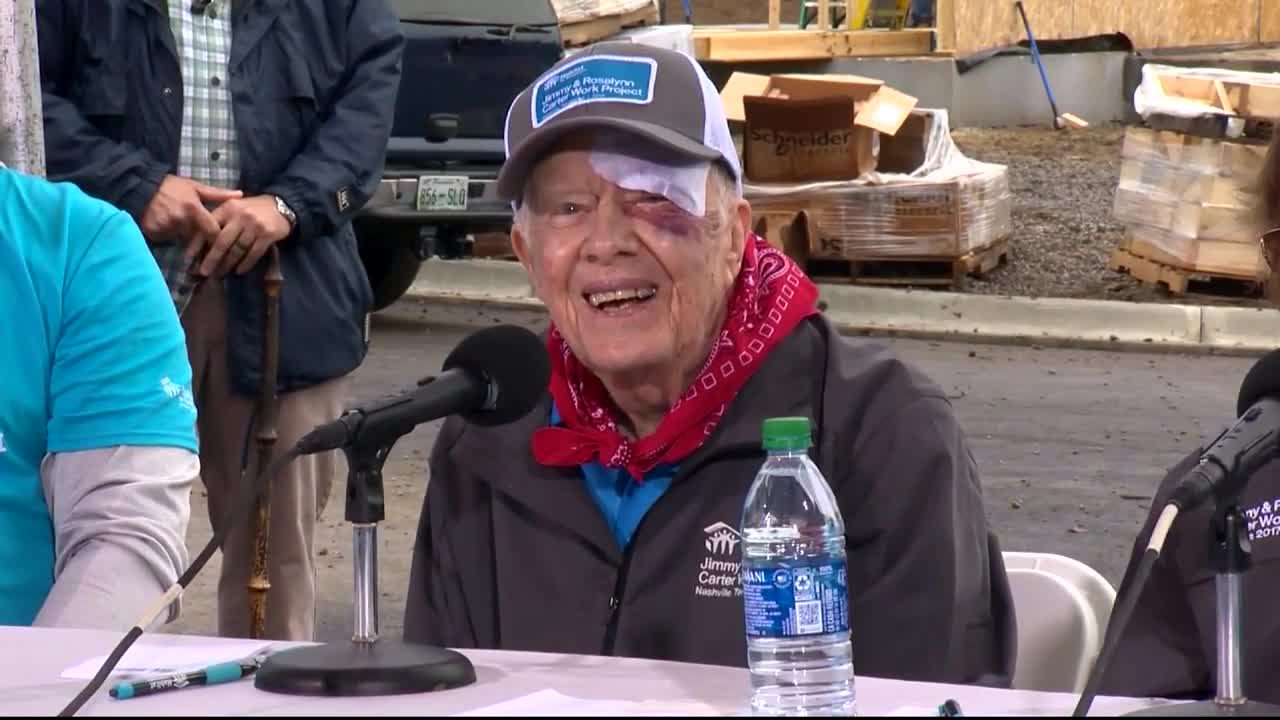 At 95 years old, not even a fall can slow down Jimmy Carter. After falling at his home on Sunday, Carter was in Nashville on Monday to fulfill his role as an ambassador and builder for Habitat for Humanity.

The fall caused a noticeable bruise on Carter's face, which was partially covered by a bandage. Carter said he needed stitches after falling.

The former president and his wife Rosalynn will oversee the construction of 21 homes in the Nashville area this week. This is the 36th work project the Carters have been involved in with Habitat for Humanity.

“I continue to be in awe of the humble determination that President and Mrs. Carter display through their service,” said Jonathan Reckford, CEO of Habitat for Humanity International. “Their work has inspired countless people to join Habitat in our mission to build a world where everyone has a safe, decent and affordable place to live. All of us—from the families they’re working alongside in Nashville, to the millions who have been inspired by their good works —owe President and Mrs. Carter our thanks.”

Working alongside dozens of others, the former president was seen with a drill in hand helping to build one of the homes.

Carter acknowledged on Monday that he will have a limited schedule this week, but it was still important for him to be participate in this week's build.

According to Habitat for Humanity, Carter has been involved in projects that have built, rebuilt or remodeled 4,331 homes.