Gay weddings have boosted economy by $3.8B since SCOTUS decision, study says 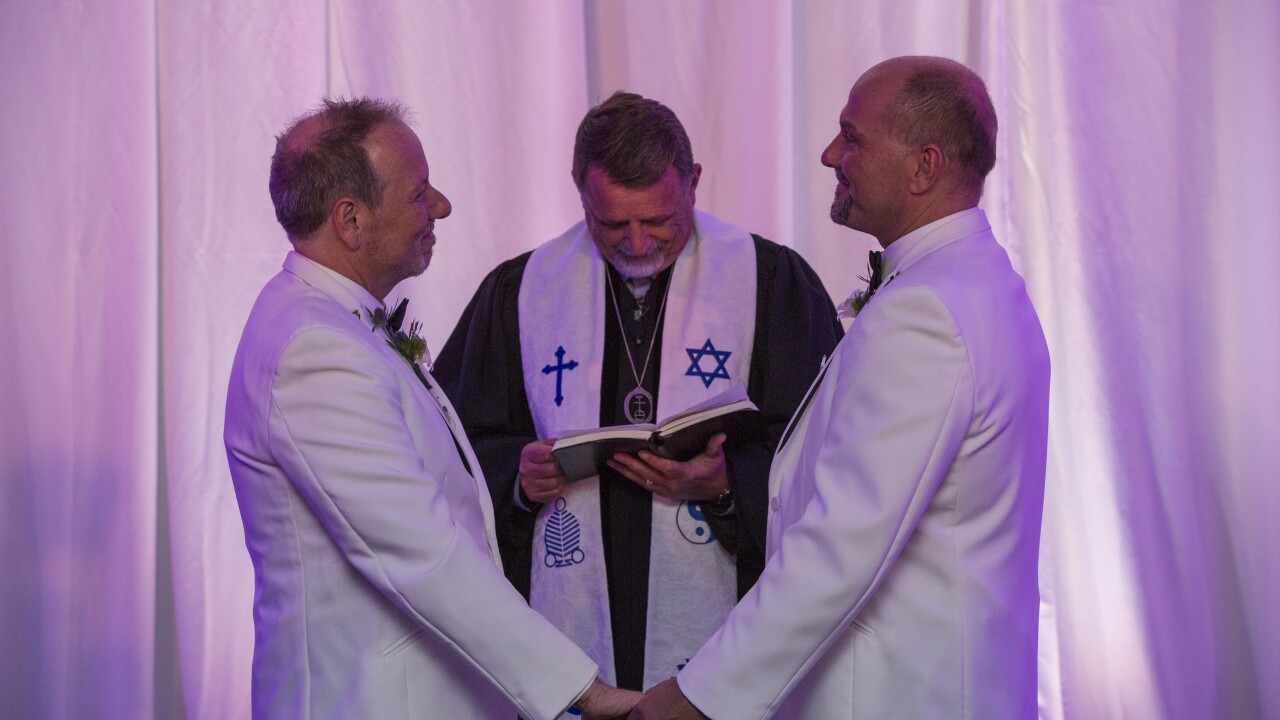 LOS ANGELES, Calif. – Same-sex weddings have boosted state and local economies by an estimated $3.8 billion and they've generated about $244.1 million in sales tax revenue since gay marriage was legalized across the United States in 2015, according to a new study.

Th study by the Williams Institute at UCLA School of Law also found that this increase in spending supported an estimated 45,000 jobs for one full year.

An estimated 513,000 same-sex couples were married in America as of March and about 293,000 of those pairs tied the knot since the U.S. Supreme Court’s same-sex marriage decision in the Obergefell v. Hodges case, according to the study.

On average, researchers found that same-sex couples spent less on their weddings than their heterosexual counterparts, about $11,000 to $15,000. However, researchers say that spending difference is decreasing with time.

The study also found that same-sex couples dissolve their relationships slightly less than different-sex couples, at about 1.1% per year.

The study comes at a time when gay marriage is receiving record support. A Gallup poll released Monday shows 67% of Americans say same-sex marriages should be recognized as valid.