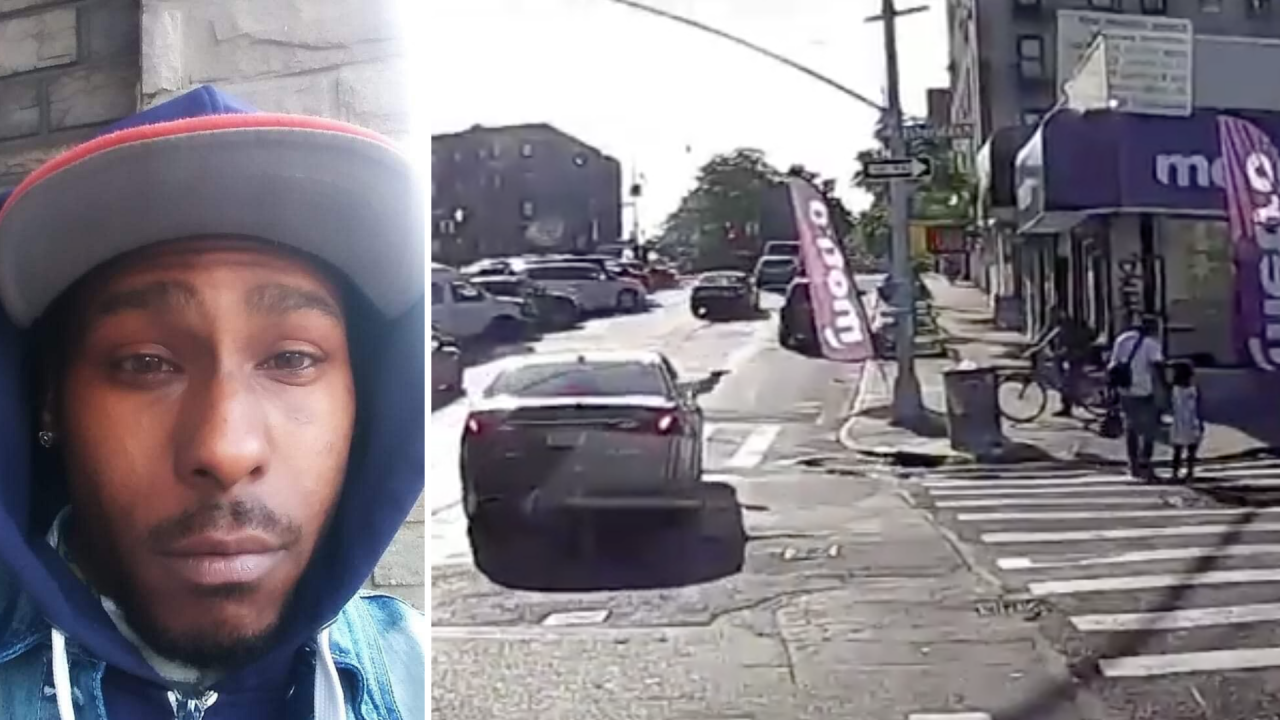 A dad was crossing a Bronx street with his daughter when someone in a car fatally shot him. (Left: Family Handout, Right: NYPD)

NEW YORK CITY — A dad, hand-in-hand with his 6-year-old daughter, was gunned down as he crossed a street in the Bronx on Sunday.

29-year-old Anthony Robinson or Brooklyn was crossing East 170th St. at Sheridan Ave. with his daughter when he paused to let a car pass. The driver pulled up and opened fire, hitting Robinson repeatedly.

Video from the incident showed Robinson collapse to the ground as the car sped off. His daughter ran away from the scene.

Warning: Video below may be disturbing to some

Robinson was rushed to a local hospital where he died.

"He's loved. He'll be remembered," Parker said. "He's going to live through us."

No arrests have been made. The NYPD is offering up to $10,000 for information leading to an arrest.

On Sunday, July 5th, police officers from the 44th Precinct responded to a 911 call for a male shot at Sheridan Avenue and East 170th Street. pic.twitter.com/kiEmmJfuEW

This story was originally published by Aliza Chasan on WPIX in New York City.