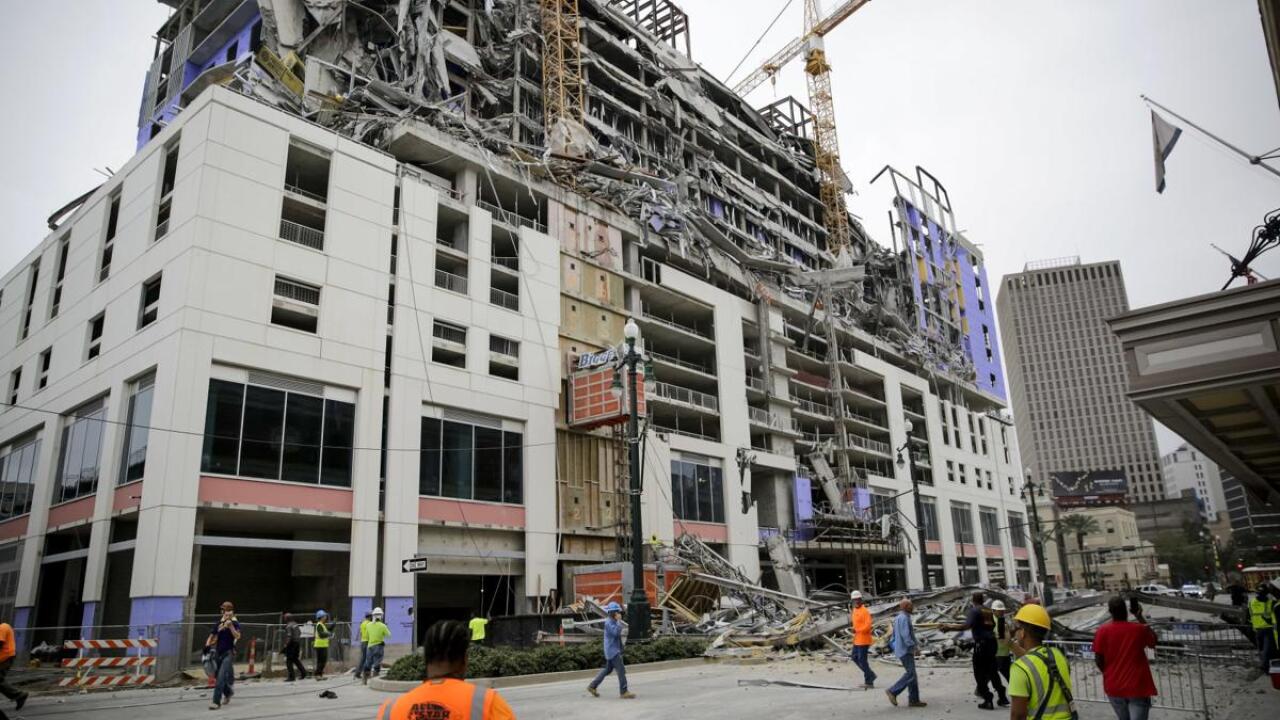 New Orleans city officials have set a tentative date to remove the bodies of two workers that have been trapped inside a partially-collapsed construction site since October.

The efforts to recover the bodies of the workers trapped in the collapsed Hard Rock Hotel construction site could begin as early as July 13, according to NOLA.com.

A spokesman for the city said in a press briefing on Tuesday that crews have finished taking down three buildings that surround the hotel and are currently assembling cranes to work on the building itself.

Crews could begin working on the hotel by Monday, and officials say it could take four to five days before rescuers can remove the remains of the two workers.

The two workers were killed in a partial collapse of the Hard Rock Hotel construction site in downtown New Orleans on Oct. 12. Recovery efforts have been hampered by fears that further disrupting the structure could cause more injury or damage.

This story was originally published by KATC in Lafayette, Louisiana.