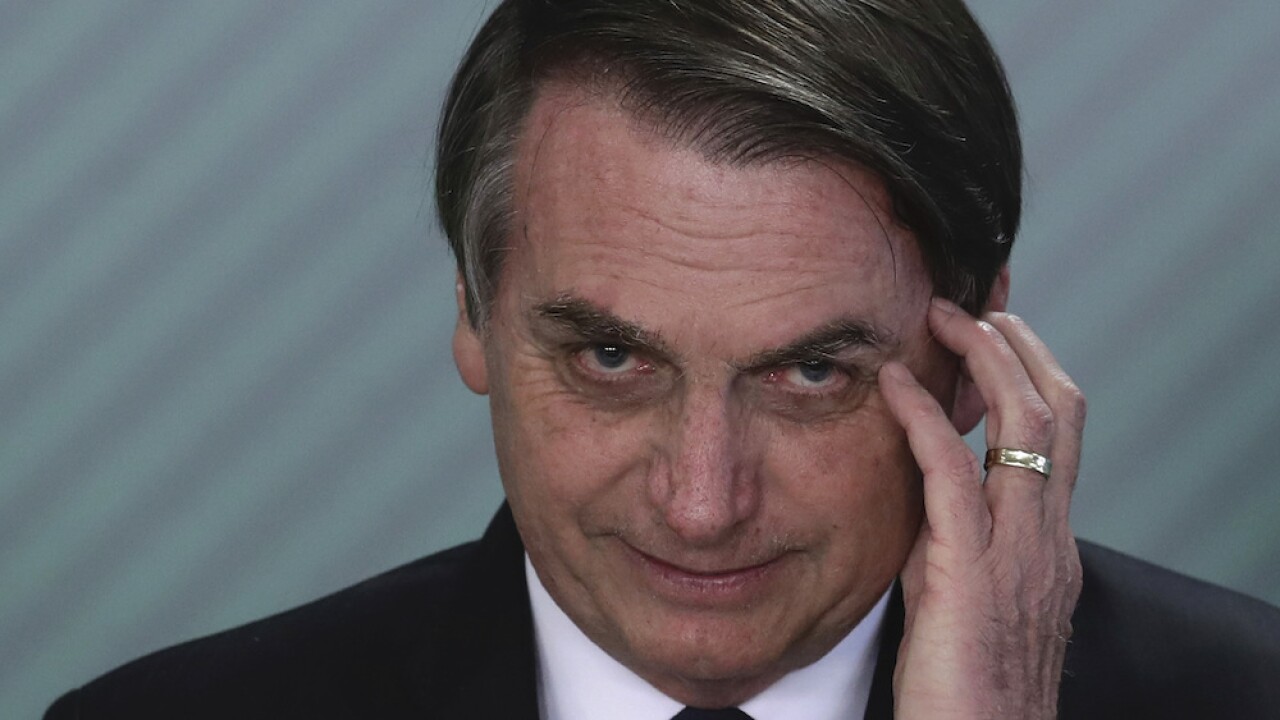 Brazilian President Jair Bolsonaro announced Tuesday that he has tested positive for the coronavirus.

Bolsonaro made the announcement in a televised address.

“I’m well, normal. I even want to take a walk around here, but I can’t due to medical recommendations,” Bolsonaro said, according to The Associated Press. “I thought I had it before, given my very dynamic activity. I’m president and on the combat lines. I like to be in the middle of the people.”

Bolsonaro has repeatedly trivialized the pandemic since it reached Brazil. He's often photographed without a mask in crowds and shaking hands with government officials and supporters.

During his speech, he encouraged Brazilians to continue living their lives normally, saying that the country needed to get its "economy in gear."

The country has more than 1.6 million confirmed cases of the virus — the second-most in the world, behind the U.S. — and more than 65,000 deaths linked to the disease.