Many lawmakers agree more stimulus funding is needed. Could more checks be on the way?

Trump has left door open, but Senate might not be willing 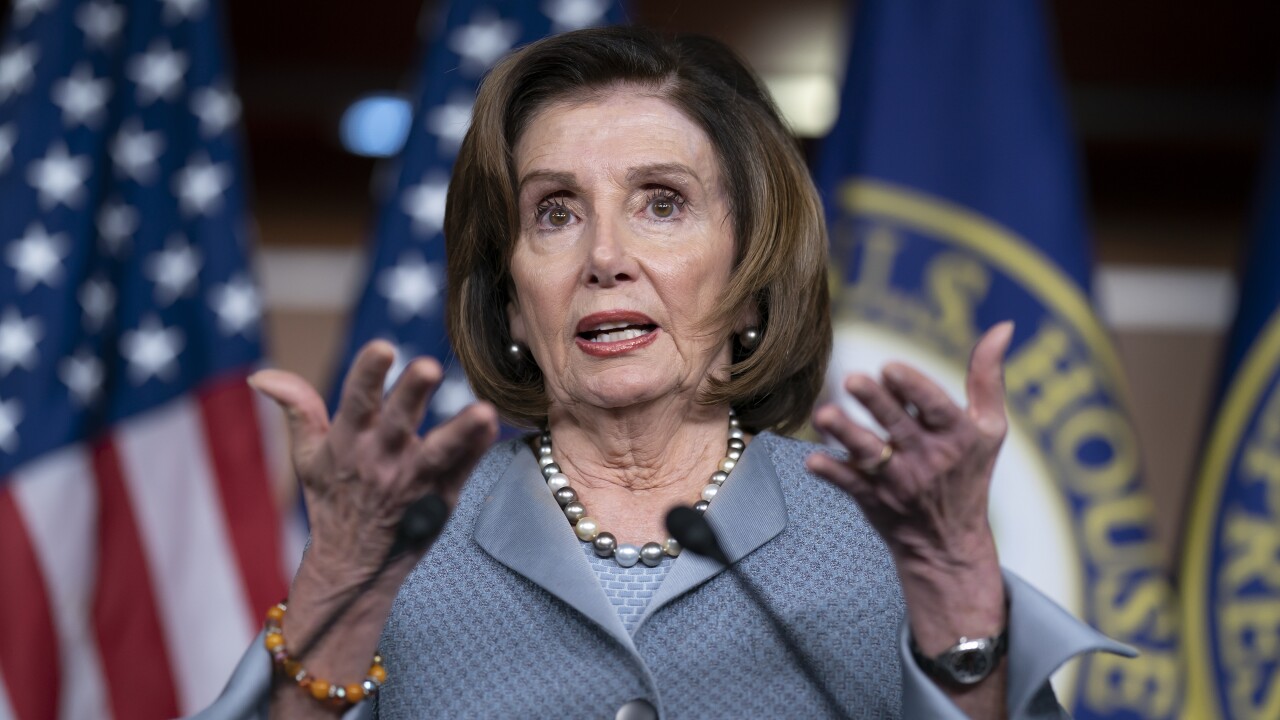 Copyright 2020 The Associated Press. All rights reserved
J. Scott Applewhite/AP
Speaker of the House Nancy Pelosi, D-Calif., speaks during a news conference on Capitol Hill in Washington, Thursday, Feb. 27, 2020. Democrats are increasingly anxious about Bernie Sanders and the damage they feel the party's presidential front-runner could do to their prospects of retaining House control. There are also growing questions about what, if anything, Speaker Nancy Pelosi should do about it. (AP Photo/J. Scott Applewhite)

Millions of Americans got $1,200 in their bank accounts by mid-April, and millions more will receive paper checks in the mail in the coming months — and if some lawmakers get their way, even more cash could be on its way later this year.

Democrats and Republicans have already passed more legislation designed to stimulus the economy amid the coronavirus pandemic — on April 24, President Donald Trump signed a $484 billion bill that re-funded the PPP, a program meant to aid Small Businesses. According to The Hill, the bill also included $75 billion for hospitals; $25 billion to support testing efforts; and $60 billion for emergency disaster loans and grants.

But Congress' work likely isn't done. Democrats and some Republicans agree that more funding will be needed as states begin to re-open — and some lawmakers believe more checks should be sent directly to Americans.

Earlier this month, House Speaker Nancy Pelosi has already said she hopes to "double down" on the CARES Act — the law that provided Americans with $1,200 checks — when Congress returns to session. According to Politico, Pelosi hopes to pass legislation that would extend and expand the bill — and while Pelosi has said she would push for more direct payments, it's unclear what will be in those subsequent bills.

Even if further legislation does not include more direct cash payments, USA Today reports that new bills may include required hazard pay for health care workers and infrastructure spending in the hopes of providing jobs to newly unemployed Americans.

Should more progressive Democrats get their way, Americans could expect much more cash coming from the federal government. Rep. Tm Ryan (D-Ohio) and Rep. Ro Khanna (D-California) say they will introduce the Emergency Money for the People Act, which would provide any Americans making less than $130,000 a year with $2,000 a month. Married couples making less than $280,000 would get $4,000 a month, and families would get an additional $500 per child, up to three children.

According to Politico, Pelosi is more interested in quickly passing legislation than playing hardball with Republicans. The news outlet reports that Pelosi is unlikely to push for mail-in protections for the 2020 election or more aggressive health measures to contain the virus.

However, President Donald Trump has been open to another round of direct payments to Americans, leaving the door open should subsequent bills pass through Congress.