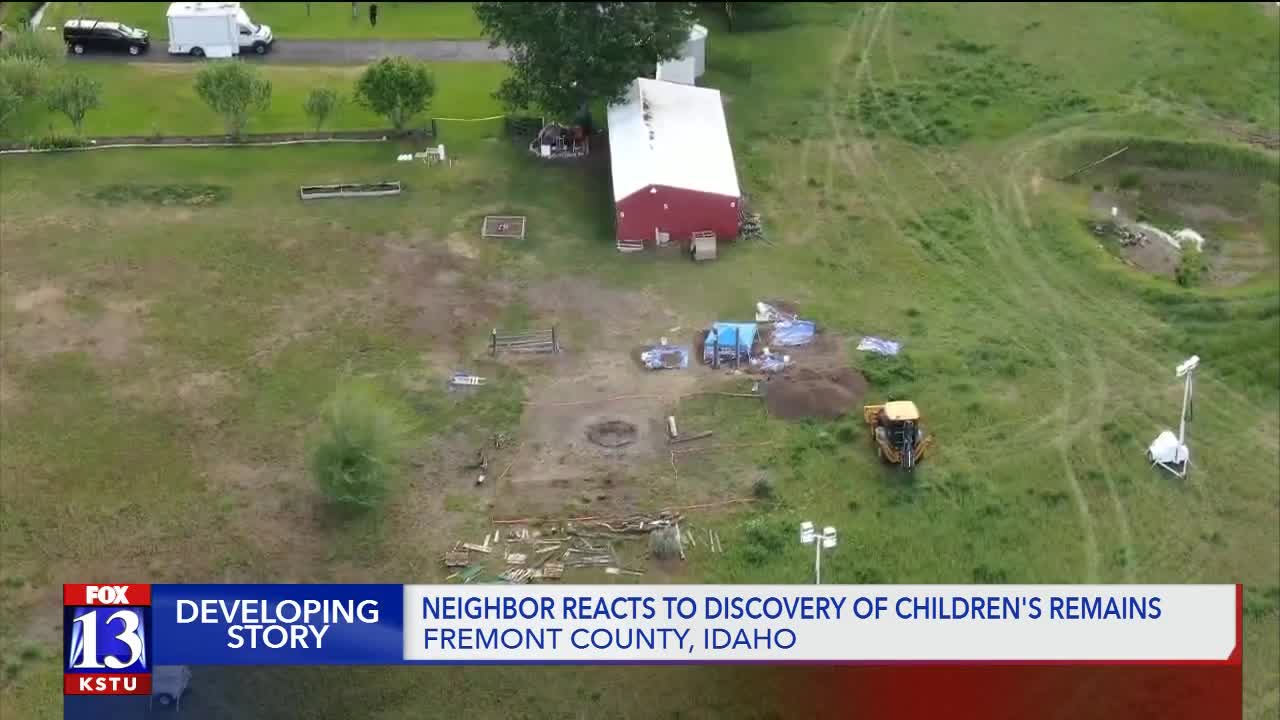 Neighbors had noticed some odd things that happened at Chad Daybell's Idaho home. 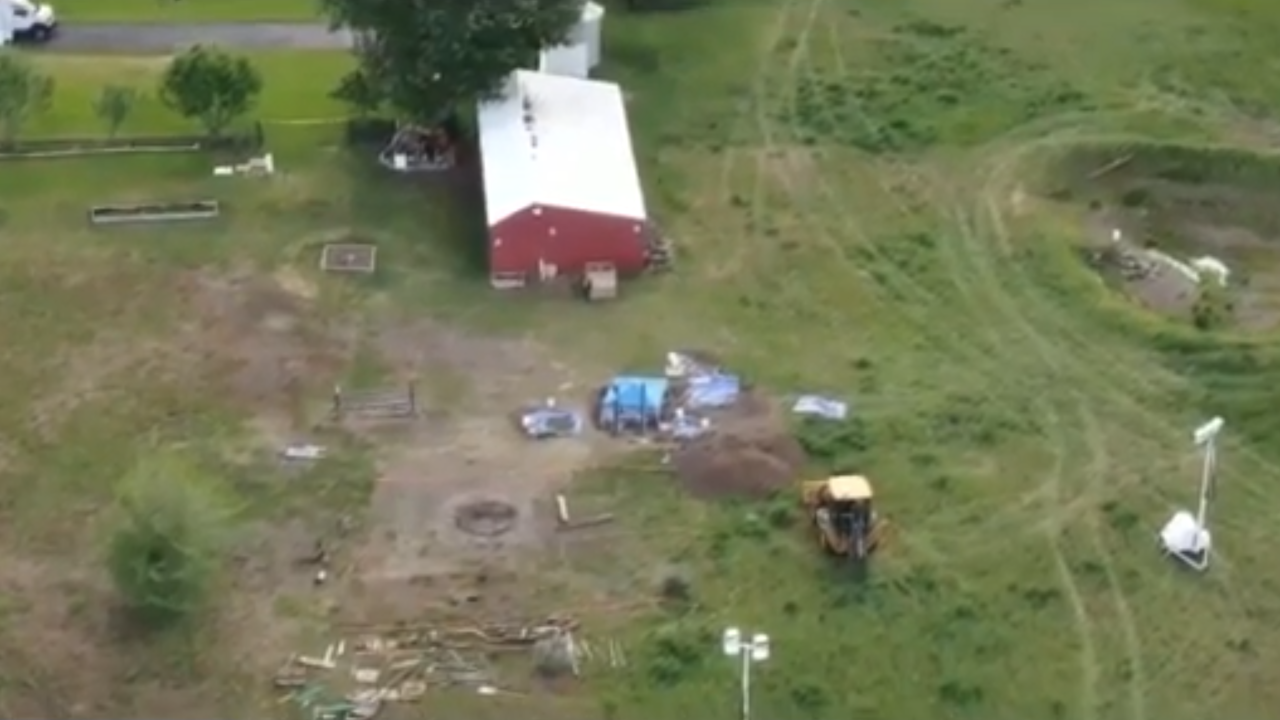 SALEM, Idaho -- A neighbor who lives across the street from Chad Daybell is describing what he saw in the months after two children went missing. The remains of those children were discovered on Daybell's property.

Family members confirmed the remains recovered by Rexburg police and the FBI belong to Joshua JJ Vallow and Tylee Ryan. JJ would have recently turned 8 years old, and Tylee was 17.

Both disappeared at different times from Rexburg, Idaho, last September.

Matthew Price said he's lived across the street from Chad Daybell, the entire time Chad and his family have lived in Idaho. He's been following the investigation into the missing children, and the suspicions that centered on his neighbor.

"We've been very concerned the whole time for JJ and Tylee," Matthew said.

He watched out his windows and from his yard as law enforcement spent two days digging in Chad's yard, and searching the property.

Matthew recognized the area where investigators brought in a backhoe to dig a deep hole, where it appears they recovered the children's remains.

Now that he thinks back, he is remembering some incidents that stand out in that exact spot.

"We noticed they were having a few bonfires that were kind of out of the ordinary," he explained. "They had a big bonfire last fall, and they had two or three big bonfires this spring."

Last fall, no one knew about the disappearance of JJ and Tylee. Matthew described that things seemed okay, aside from the bonfires, but that he did have one weird interaction with Chad.

He said Chad and his late wife, Tammy Daybell, came over to his house to buy pumpkins.

"He was strange, he was different," Matthew described. "He didn't talk a lot, didn't make eye contact with us very much. Normally he would."

Matthew said it was very out of character, but he figured Chad was having a bad day. He said Tammy died a week later.

Eventually, Matthew learned about the search for JJ and Tylee, and the investigation into Chad Daybell and his new wife Lori Vallow Daybell, JJ and Tylee's mother.

After Lori ended up in jail in nearby Madison County, Chad returned to his Salem home. Matt recalled that Chad kept to himself for the last couple of months, barely leaving the house.

He said when Chad did leave the house, it was late at night.

Tuesday morning at 7 a.m. Matthew was standing outside when he said he saw a convoy of law enforcement coming down the road to serve a search warrant. They surrounded the home, he said, and made all of Chad's adult children leave the house. Chad also left, but Matthew said Chad sat in his car for hours. Then suddenly, Matthew saw Chad try to leave.

"I saw his car take off down the road headed south towards Rexburg," Matthew said. "Just seconds later, the marked police cars had their lights and sirens, and floored it to go catch him."

Now, Matthew's neighbor of several years is in jail, and police have made a devastating discovery right across the street from Matthew's home.

Wednesday evening, police turned the home back over to the adult Daybell children. They were seen packing up and moving furniture out of the home, loading it onto a trailer and into truck beds. They quickly left.

In all of this, what helps give Matthew peace of mind: "Just knowing there's closure for JJ and Tylee," he said.

Next, the community is hoping for justice.

You can see family moving furniture out of Chad Daybell’s home. Police turned the home over to them not long ago. @fox13 pic.twitter.com/TdCmAuhRRz

This story was originally published by Lauren Steinbrecher at KSTU.