He will reportedly address China 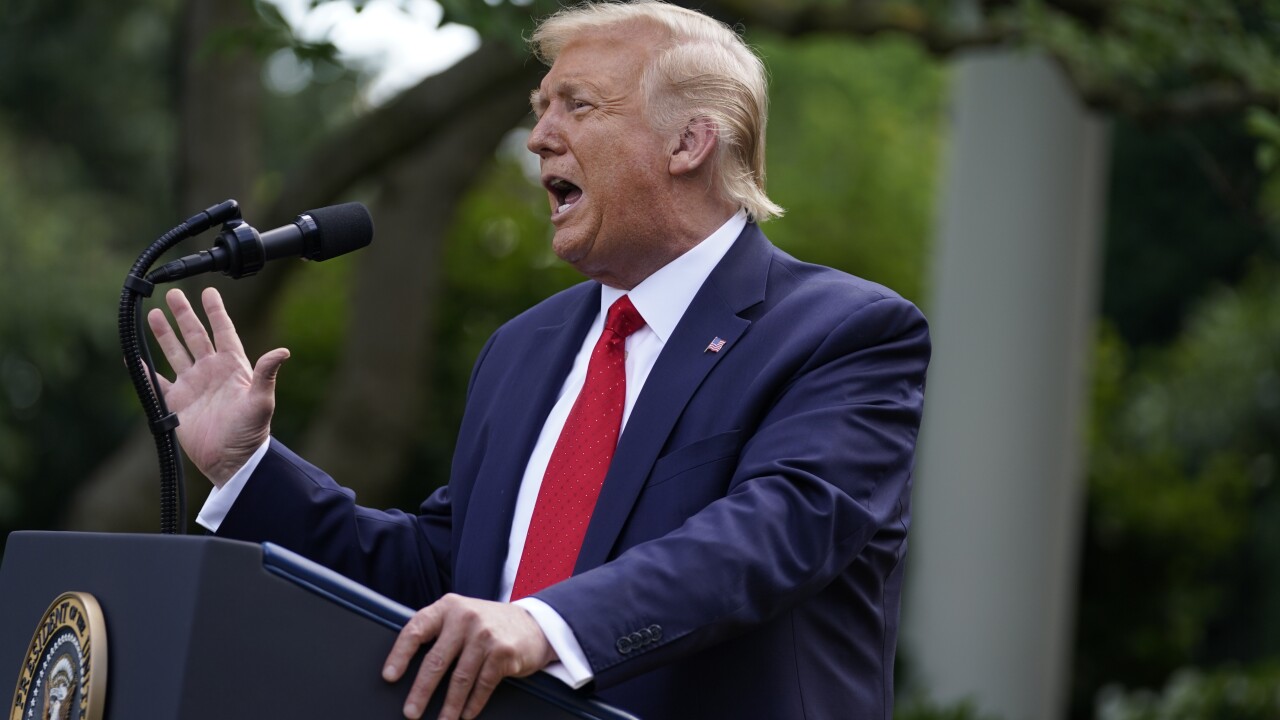 President Donald Trump said during a press briefing at the White House Tuesday that he had signed legislation that will sanction China after the country that passed a strict "national security law" that places severe limits on the rights of those who are protesting against Chinese rule in Hong Kong.

During the press conference, Trump said his administration would no longer view Hong Kong differently than it views mainland China.

Following the announcement about his signing of the legislation, Trump's address quickly turned into a campaign-style speech, deriding Presumptive Democratic Nominee Joe Biden. At one point during the speech, Trump went through the Biden campaign's platform point-by-point.

The briefing came shortly after the announcement that the administration would rescind a rule that would have required international college students to take classes in person during the COVID-19 pandemic. He did not address the action during the press conference.

The presser also comes at a time when the country’s educational system is grappling with how students of all ages can safely return to their classrooms this fall. The White House is pushing for schools to reopen with in-person instruction as opposed to online learning.

Meanwhile, the United States remains the world leader in COVID-19 cases, nearing 3.4 million as of Tuesday afternoon, according to Johns Hopkins University.