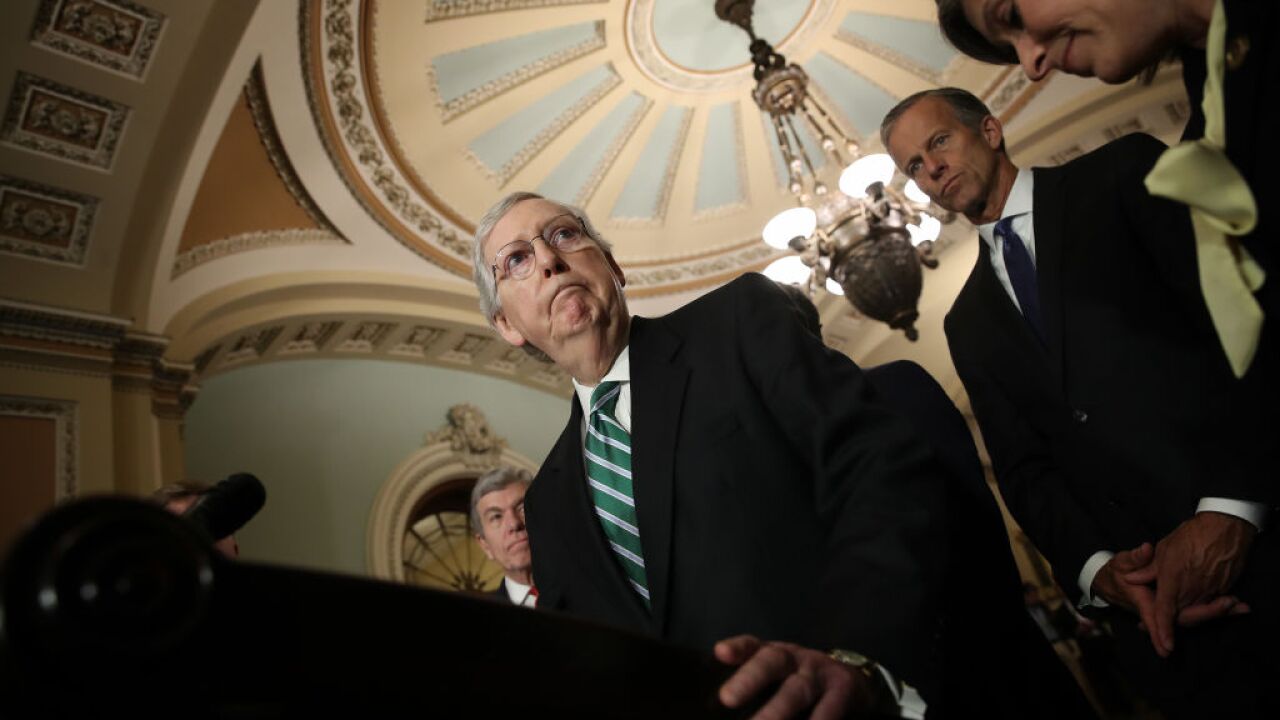 McConnell suffered a fractured shoulder after a fall at his Louisville home earlier this month. His campaign staff released a statement saying that the GOP leader is healing and resting.

"Senator McConnell had successful surgery yesterday in Louisville, Kentucky to repair a fracture in his shoulder. The surgery was performed without incident, and the Leader is grateful to the surgical team for their skill," David Popp, McConnell's communications director, said.

McConnell is 77. Congress is currently in the middle of a recess, so he is not due in Washington for legislative duties.

This story was originally published by Melissa Ratliff on WLEX in Lexington, Kentucky.