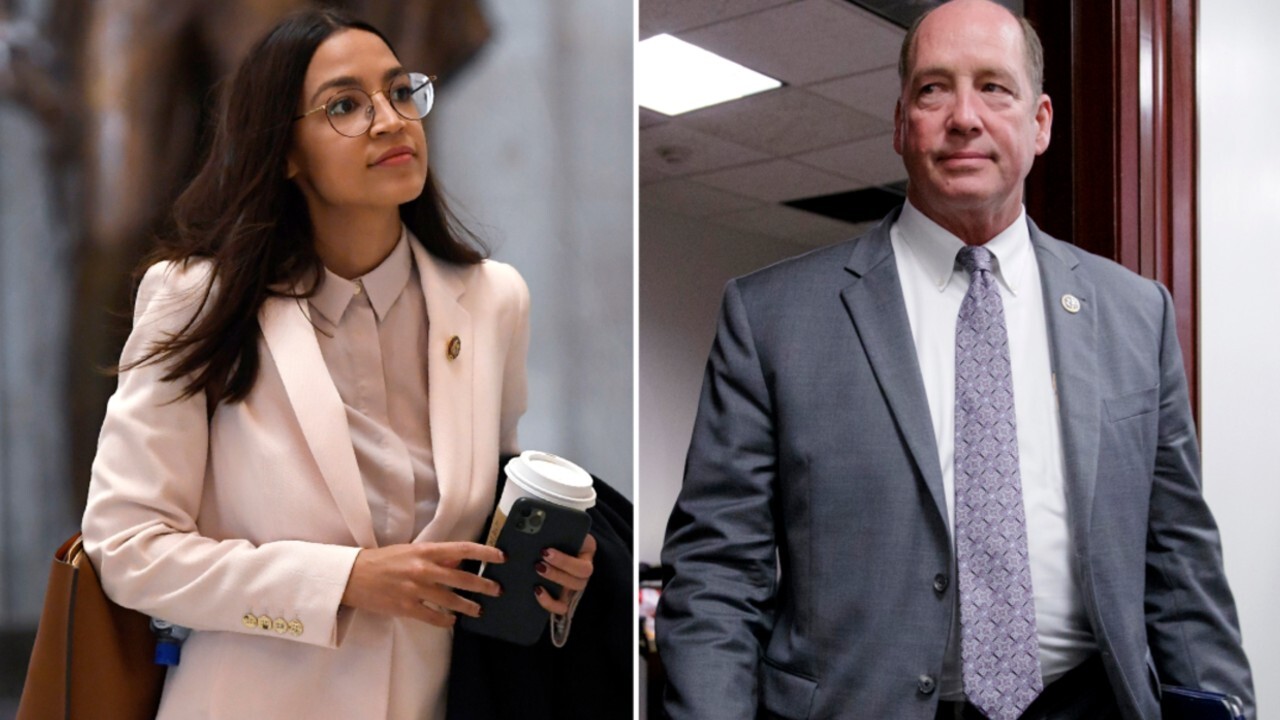 (AP Photo, File)
This combo shows Rep. Alexandria Ocasio-Cortez, D-N.Y., walking at Capitol Hill in Washington, on March 27, 2020, left, and Rep. Ted Yoho, R-Fla., at the Capitol in Washington on March 28, 2017. Yoho is accused of using a sexist slur after an angry encounter with Ocasio-Cortez.

WASHINGTON, D.C. – Florida Rep. Ted Yoho apologized to Alexandria Ocasio-Cortez on the House floor Wednesday morning for the manner in which he spoke to the New York congresswoman on Monday.

"I rise to apologize for the abrupt manner of the conversation I had with my colleague from New York,” said Yoho, a Republican. “It is true that we disagree on policies and visions for America, but that does not mean we should be disrespectful.”

.@RepTedYoho on confrontation with @RepAOC @AOC: "I rise to apologize for the abrupt manner of the conversation I had with my colleague from New York...The offensive name calling words attributed to me by the press were never spoken to my colleagues." pic.twitter.com/0Q1ZC71Vfh

Rep. Ocasio-Cortez, a Democrat, wrote on Twitter on Tuesday that she "never spoke to Rep. Yoho before he decided to accost me on the steps of the nation's Capitol yesterday."

A reporter with The Hill overheard Yoho call Ocasio-Cortez “disgusting” and “out of your freaking mind” for her suggestion that poverty and unemployment are leading to an increase in crime in New York City amid the COVID-19 pandemic.

Ocasio-Cortez reportedly retorted by telling Yoho he was being “rude.”

In his speech on the House floor, Yoho denied calling Ocasio-Cortez a name.

“Having been married for 45 years with two daughters, I’m very cognizant of my language,” Yoho continued. “The offensive name calling words attributed to me by the press were never spoken to my colleagues and if they were construed that way, I apologize for their misunderstanding."

Afterwards, Yoho went on to say that he’s “passionate about those affected by poverty” because he and his wife started off “with nothing.”

“We did odd jobs and we were on food stamps," he said. "I know the face of poverty and for a time it was mine. That is why I know that people in this country can still, with all its faults, rise up and succeed, and not be encouraged to break the law.”

The congressman ended his remarks by saying, “I cannot apologize for my passion, or for loving my God, my family and my country.”

Yoho’s speech came after the No. 2 House Democrat, Majority Leader Steny Hoyer, called for him to apologize to Ocasio-Cortez.

"Mr. Yoho owes not only the congresswoman an apology, but also an apology on the floor of the House of Representatives," he said.

Ocasio-Cortez said Yoho's remarks were "not an apology."

"I will not teach my nieces and young people watching that this an apology, and what they should learn to accept," she wrote. "Yoho is refusing responsibility."

- Does not apologize or name any action he did
- Does not accept responsibility
- Lies (this was not a “conversation,” it was verbal assault)
- Distracts by making it abt poverty (ironically)
- Says everyone else is wrong and the incident never happened.

This is not an apology.