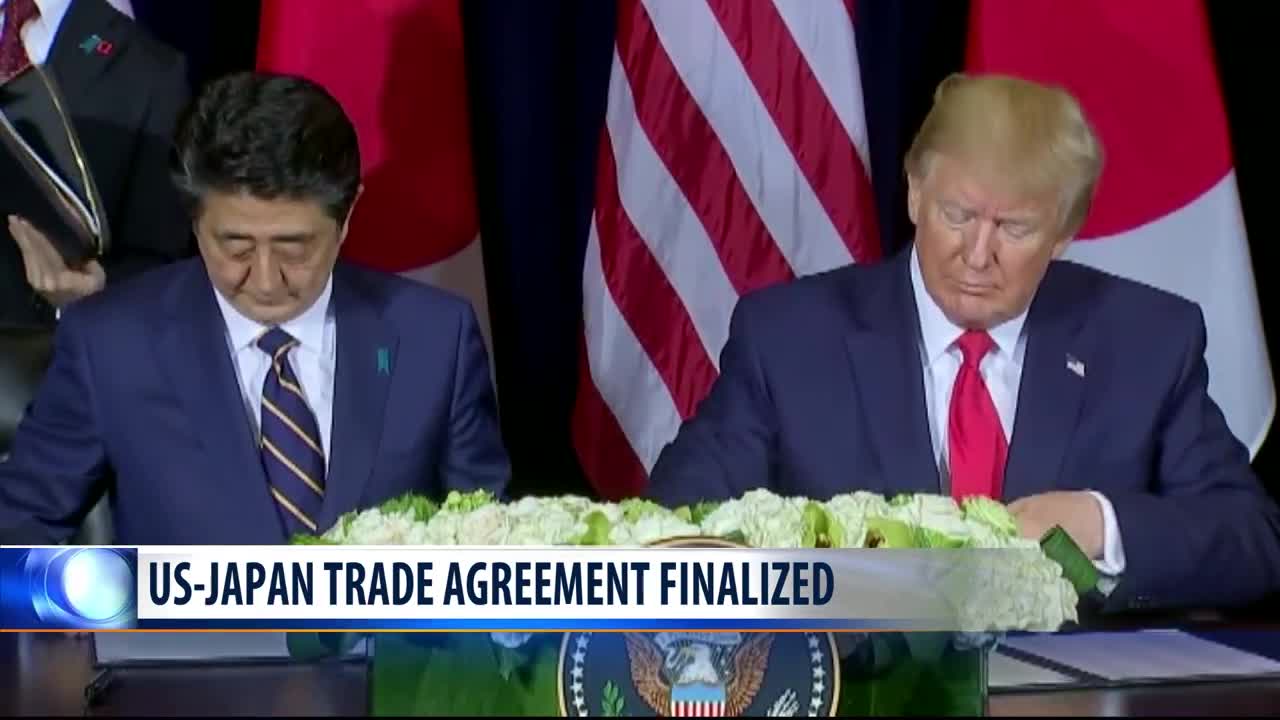 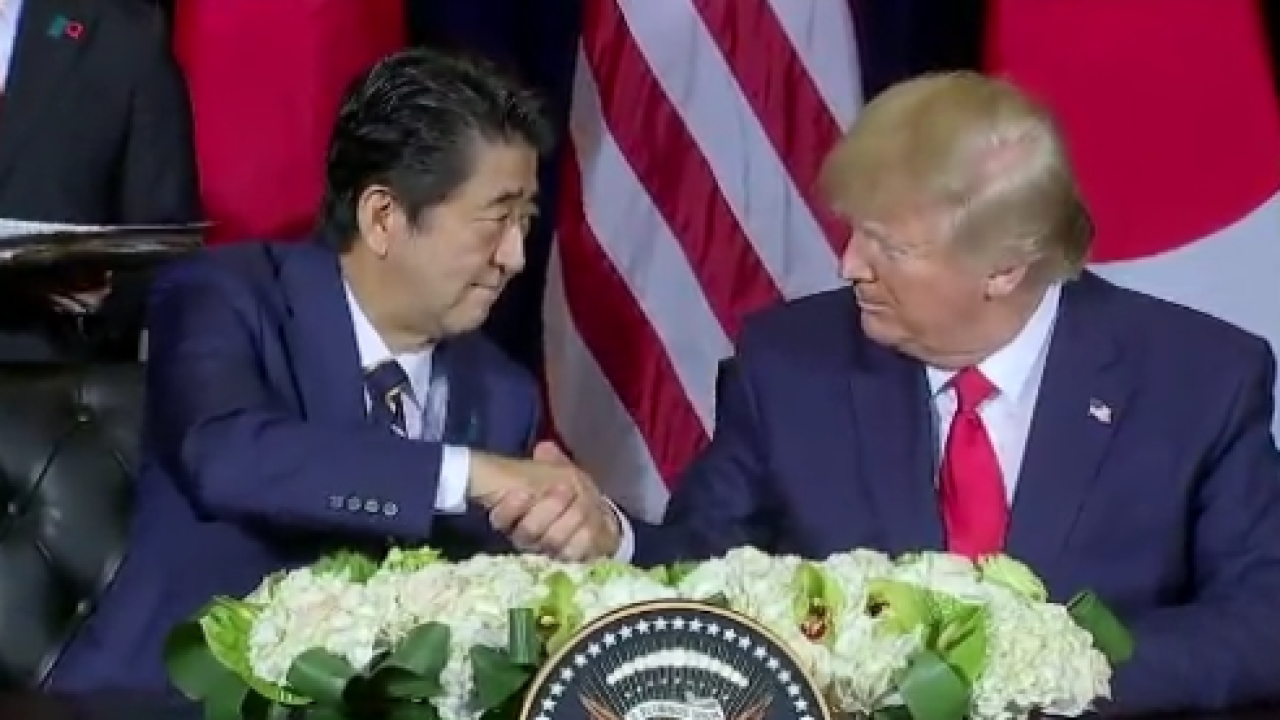 At the United Nations General Assembly, Trump touted the details of the deal and the close relationship between the U.S. and Japan.

The agreement opens new Japanese markets to about $7 billion worth of American agricultural products and it will cut or eliminate some tariffs.

It also features a deal on $40 billion worth of digital trade between the countries.