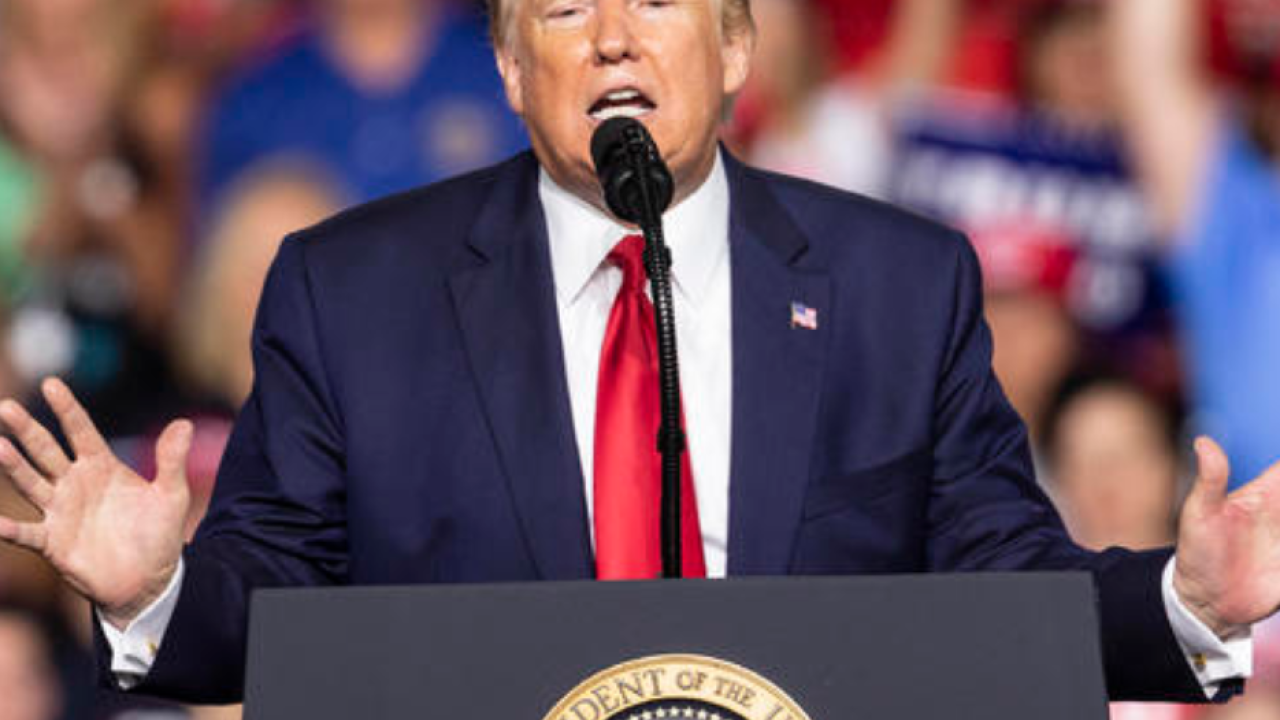 President Trump says he wants to reopen mental institutions as a way to address mass shootings, an idea he pushed twice Thursday and has floated before.

"I do want people to remember the words 'mental illness,'" the president told reporters on his way to a rally in New Hampshire Thursday afternoon, responding to a question about gun control.

The president reiterated that thought at his rally hours later, insisting the U.S. "will be taking mentally deranged and dangerous people off of the streets." He didn't say exactly how that might happen.

"We are working very hard to make sure we keep guns out of the hands of insane people and those who are mentally sick and shouldn't have guns. But people have to remember however that there is a mental illness problem that has to be dealt with. It's not the gun that pulls the trigger, it's the person holding the gun," the president said to thunderous applause.

"Years ago many cities and states I remember so well closed mental institutions for budgetary reasons...We're going to have to give major consideration to building new facilities to those in need, we have to do it. And at the same time we will be taking mentally deranged and dangerous people off of the streets so we won't have to worry so much about that, a big problem. We don't have those institutions anymore and people can't get proper care."

"Part of the problem is we used to have mental institutions...where you take a sicko like this guy," the president said last year. "We're going to be talking seriously about opening mental health institutions again."

Although psychiatric hospitals still exist in the U.S., their numbers have declined precipitously in recent decades. This is do to a combination of factors, including laws that made it harder for the government to involuntarily commit people in many jurisdictions, as well as budget cuts at the state and local level.

"My experience has been, that these are individuals that, if there is a mental health issue, they still are able to function very strategically, and in a very cold-blooded and callous manner. So, mental health is not the problem," O'Toole said. Fewer than 25% of mass shooters are clinically diagnosed with mental health issues, O'Toole added.

The National Alliance on Mental Illness estimates that roughly one in five adults in the U.S., or more than 46 million people, "experiences mental illness in a given year."