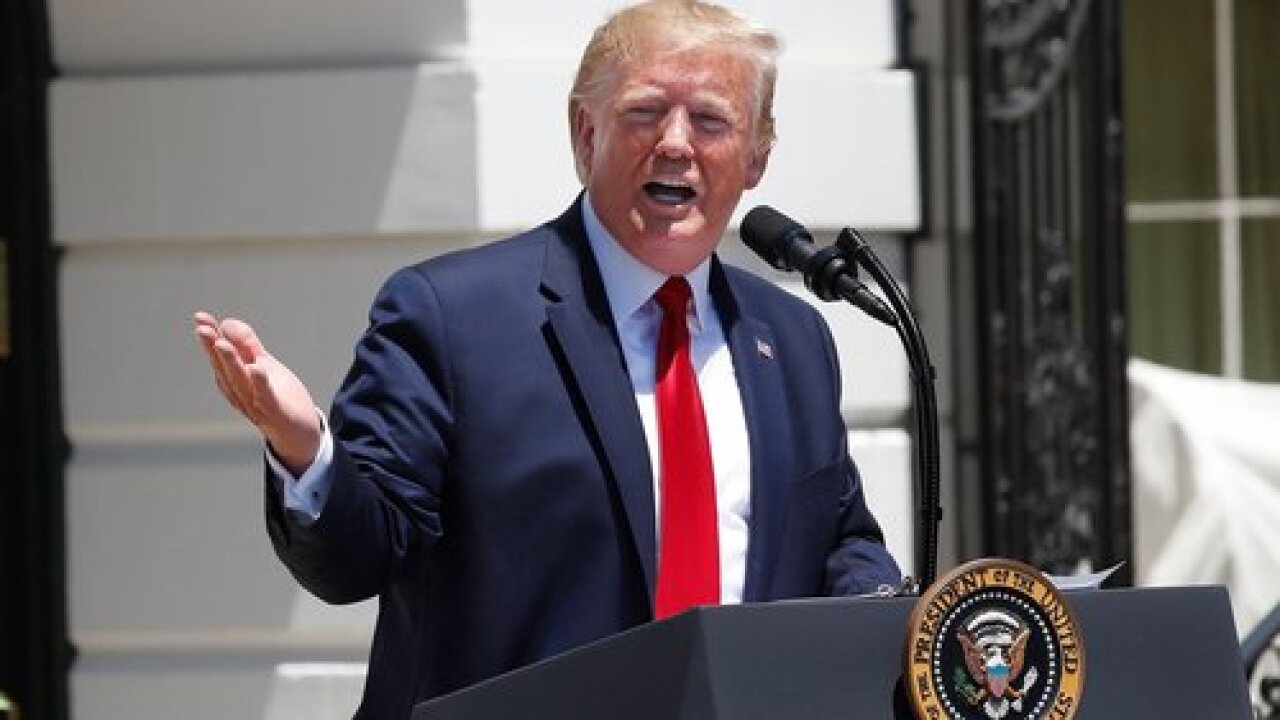 Washington — President Trump threatened to withhold funding from two states working to expand access to mail-in voting amid the coronavirus pandemic on Wednesday morning, misstating the actions by certain secretaries of state and baselessly accusing states of facilitating voter fraud.

"Breaking: Michigan sends absentee ballots to 7.7 million people ahead of Primaries and the General Election. This was done illegally and without authorization by a rogue Secretary of State. I will ask to hold up funding to Michigan if they want to go down this Voter Fraud path!" Trump wrote in one tweet.

Trump has feuded with the state's newly elected Democratic Governor Gretchen Whitmer, and he is scheduled to visit the state on Thursday.

"I also have a name, it's Jocelyn Benson. And we sent applications, not ballots. Just like my GOP colleagues in Iowa, Georgia, Nebraska and West Virginia," Benson wrote.

"To see Twitter this morning and to see rhetoric like that is disheartening, because I think it first shows you that there maybe was a lack of understanding of what the secretary of state was doing," Whitmer said. "She said we're going to mail applications, not mail ballots, mail applications. And I would appreciate any federal partnership that wants to stay focused on solving problems and not get into politics. We got to take politics out of this crisis moment."

Trump later revised the tweet to refer to ballot applications, not the ballots themselves.

"Illegality and legality of it, that's a question for the campaign," she said.

"State of Nevada 'thinks' that they can send out illegal vote by mail ballots, creating a great Voter Fraud scenario for the State and the U.S. They can't! If they do, 'I think' I can hold up funds to the State. Sorry, but you must not cheat in elections," Trump wrote.

Nevada Secretary of State Barbara Cegavske is the sole statewide elected Republican in Nevada, and she spearheaded the current vote-by-mail plan. The state Republican Party had threatened to sue after Clark County, the state's most populous, started sending ballots to all registered voters in the state following a lawsuit demanding changes to expand access to the upcoming contest.

Studies have found that absentee voting rarely leads to voter fraud. Research also shows that voting by mail does not help any one party in particular. However, Trump has frequently criticized efforts to expand voting by mail, arguing that it could hurt Republicans' electoral prospects.

Several states have chosen to postpone their primaries or switch to vote by mail due to concerns about the spread of the coronavirus.