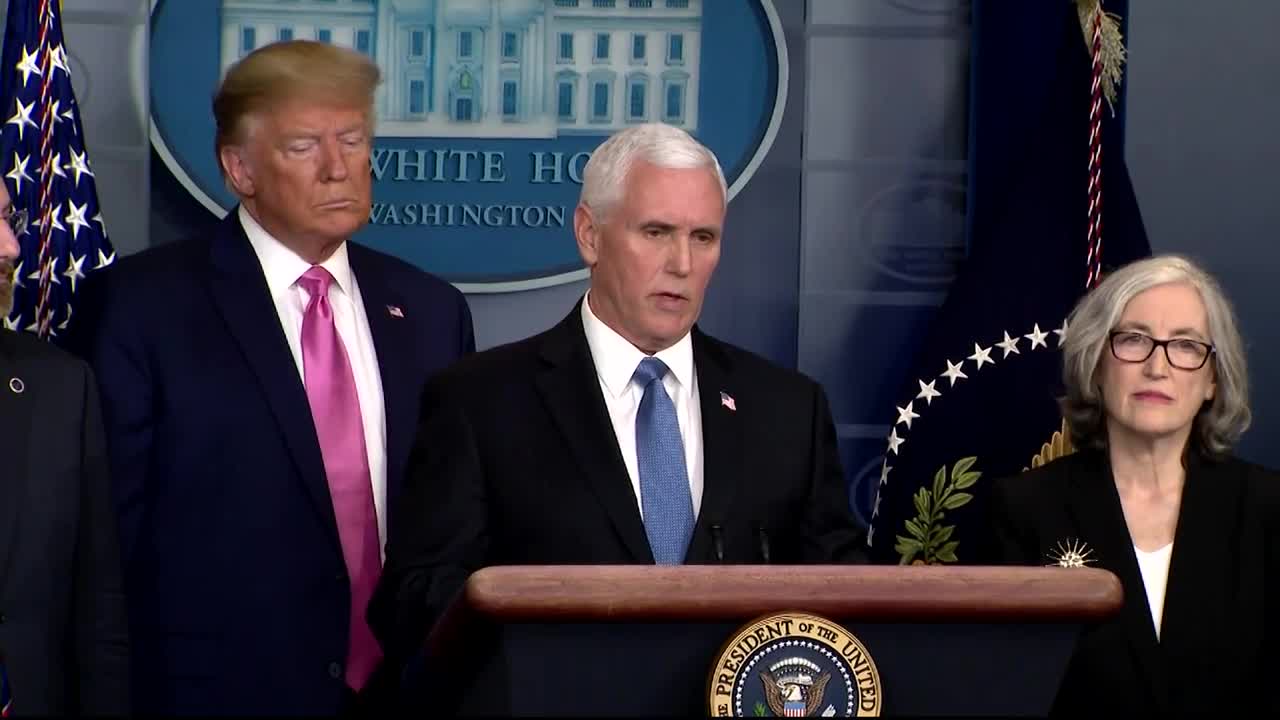 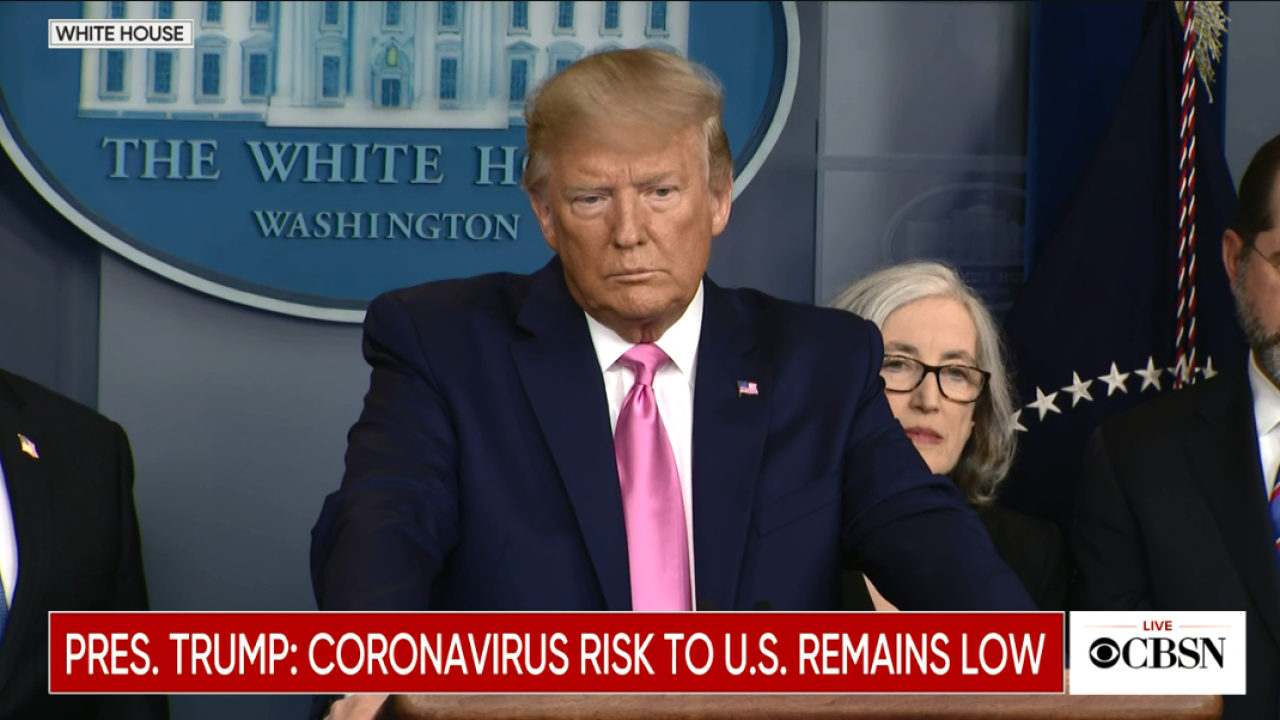 President Trump announced in a Wednesday night press conference he's placing Vice President Mike Pence in charge of efforts to tackle the coronavirus, as the administration seeks to reassure the public and the markets amid the global coronavirus outbreak.

The press conference — only the president's second appearance in the White House briefing room — comes a day after the Centers for Disease Control on Tuesday asked Americans to prepare for a spread of coronavirus in the United States. Health and Human Services Secretary Alex Azar told reporters Wednesday the U.S. can expect more cases, even as the president also insisted the risk to Americans remains "very low."

The head of the National Institutes of Health, Andrew Fauci, told reporters it's unlikely a vaccine would be available before the next 12 to 18 months, echoing what senators told reporters on Capitol Hill after a briefing Tuesday.

"We can't rely on a vaccine over the next several months to a year," Fauci said.

As he took questions, the president told reporters he thinks House Speaker Nancy Pelosi, who said he's unprepared to address the virus, is incompetent.

"She should go back to her district and clean it up," he said. "... She's trying to create a panic, and there's no reason to panic."

Stocks suffered two days of steep losses on fears about the virus' economic impact, and the president accused news outlets of stoking panic. Mr. Trump said in a tweet Wednesday morning that the country is "in great shape!"

Mr. Trump highlighted his administration's efforts to screen people coming from high-risk areas, and temporary ban on non-citizens coming to the U.S. from China.

The administration has been inconsistent in its statements about the virus, which started last last year in China. There are now tens of thousands of cases worldwide and a handful in the United States.

Top White House economic adviser Larry Kudlow asserted Tuesday on CNBC that "we have contained this... I won't say airtight, but pretty close to airtight." And Acting Homeland Security Secretary Chad Wolf, was caught making inaccurate statements about the coronavirus during a hearing Tuesday.

On Capitol Hill, Democrats and Republicans alike have expressed frustration with administration officials about inconsistencies in the information they're providing. GOP Senator John Kennedy grew testy with Wolf, who incorrectly stated what the coronavirus mortality rate is, compared to the flu virus. Wolf also testified that the U.S. is "several months" away from a vaccine for the coronavirus, but the CDC said the timeline is closer to 12 to 18 months.

"You're head of Homeland Security, sir. Your job is to keep us safe," Kennedy told Wolf after he couldn't answer how many coronavirus cases are expected in the United States.