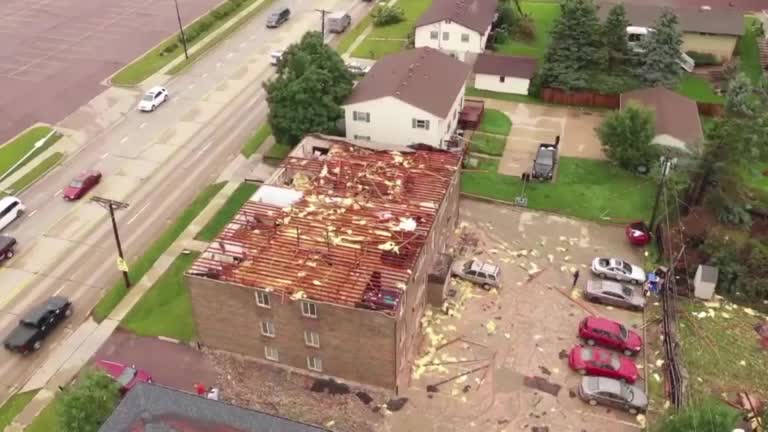 SIOUX FALLS, S.D. — City officials report there are no known deaths or serious injuries in an overnight storm that rolled through Sioux Falls.

Mayor Paul TenHaken’s staff is working to draft an emergency declaration and has set up an Emergency Operations Center.

The National Weather Service in Sioux Falls recorded 100+ mile per hour winds in Sioux Falls, and while there may have been a tornado, weather officials say it’s straight-line winds that caused a majority of the damage.

There is still a lot unknown until the sun comes up, but TenHaken said there is significant damage throughout the city.

There were some injuries at Avera Behavioral Health, according to the Mayor. Avera Health said in a statement that a few people were brought to the Heart Hospital to be checked out.

37 structures have collapsed or structural issues, according to Sioux Falls Fire Rescue.

“We are doing an internal investigation into why that happened,” TenHaken said.

He said the city owns this.

Todd Heitkamp with the National Weather Service said it’s important to note that tornado sirens are only supposed to warn people outdoors.

It’s unclear yet if there was a tornado or how many, Heitkamp said. He will be doing a damage assessment once the sun goes up. He does suspect at least one tornado caused some of the worst damage, but much of the damage was caused by straight-line winds.

Heitkamp called this his worst fear but was proud the agency was able to give residents at least 10 minutes advanced notice.

Shortly after the second tornado warning was issued for the entire City of Sioux Falls, the NWS office took shelter. They shifted command to the NWS in Aberdeen.

Xcel Energy still has about 8,500 people without power. Officials say to use caution with downed power lines.

Tree drop off is free until the end of September

Drop off at the landfill

Free until end of September

Project NICE and KEEP are suspended while storm clean-up continues.

The city has developed a website for the storm.