Pelosi calls relief package discussions "productive" but no deal yet 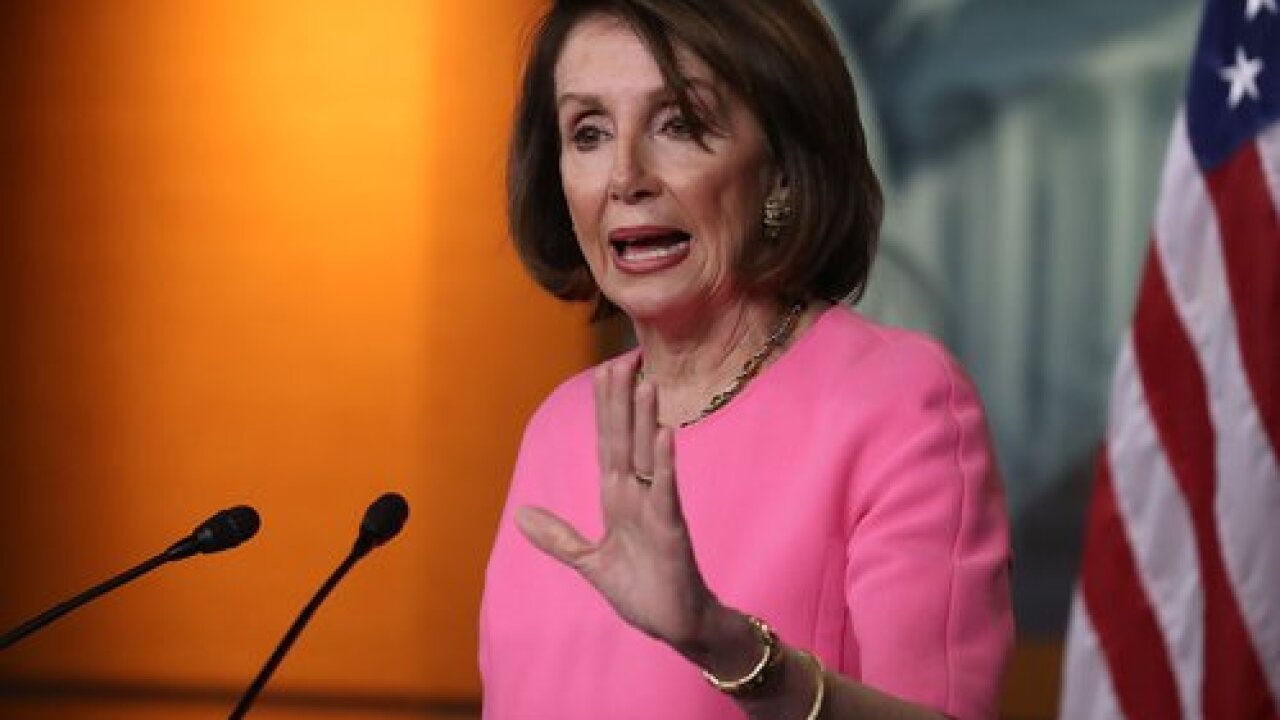 House Speaker Nancy Pelosi said Saturday evening that discussions between congressional leadership and the White House were "productive," but added "no agreement can be reached yet" on another coronavirus relief package. She said staffers will continue discussions on Sunday.

Schumer had said Saturday morning that they were "not close yet" to a deal.

"Now each side knows where they're at. And we are going to work very hard to come to an agreement that meets the needs of the moment, we still believe and we discuss this with them," Schumer said.

Schumer noted it was the longest meeting between the four to date, and said their respective staffs would meet on Sunday to continue negotiations. He added that he and Pelosi would meet with Meadows and Mnuchin again Monday.

Pelosi also said the meeting was "productive in terms of moving us forward." However, Meadows warned reporters that there was still a long way to go before reaching a deal.

"We're still a long ways apart and I don't want to suggest that a deal is imminent because it is not. But like with any deal, as you make progress I think it's important to recognize that you're making progress," Meadows said.

The negotiations come as the U.S. economy shrank at a record-breaking 32.9% rate in the second quarter of this year. Millions of Americans are unemployed, and a popular unemployment benefit established by Congress in March expired at the end of July. White House officials proposed a short-term extension of the benefits, but Democrats rejected the offer, arguing it is better to address all the issues currently faced by Americans in one large package.

House Democrats passed a $3 trillion bill in May that would have extended the benefits for those without work at the current level of $600 per week, in addition to their weekly unemployment insurance check. However, Republicans have balked at the price tag, and complained that certain provisions included in the bill are not directly related to the coronavirus crisis, such as election assistance funding for states.

"This is not a usual discussion, because the urgency is so great, health wise, financial health wise, and again, the health of our democracy because our elections will be affected by the coronavirus, and we must address that," Pelosi told reporters on Saturday, defending the Democrats' package.

Meanwhile, Senate Republicans proposed their own bill on Monday which would cost around $1 trillion. It would reduce the weekly extra payment to $200 until states figure out a system to replace 70% of a person's wages — with around 50% paid by the states and the remainder paid by the federal government.

Both Senate Republicans and Democrats brought up measures Thursday that would extend unemployment insurance and tried to pass them by unanimous consent, but all of these efforts were blocked. The Senate then passed a "shell" bill — 47 to 42 — proposed by Senate Majority Leader Mitch McConnell that did not include any details, in an attempt to move forward on a short-term extension.