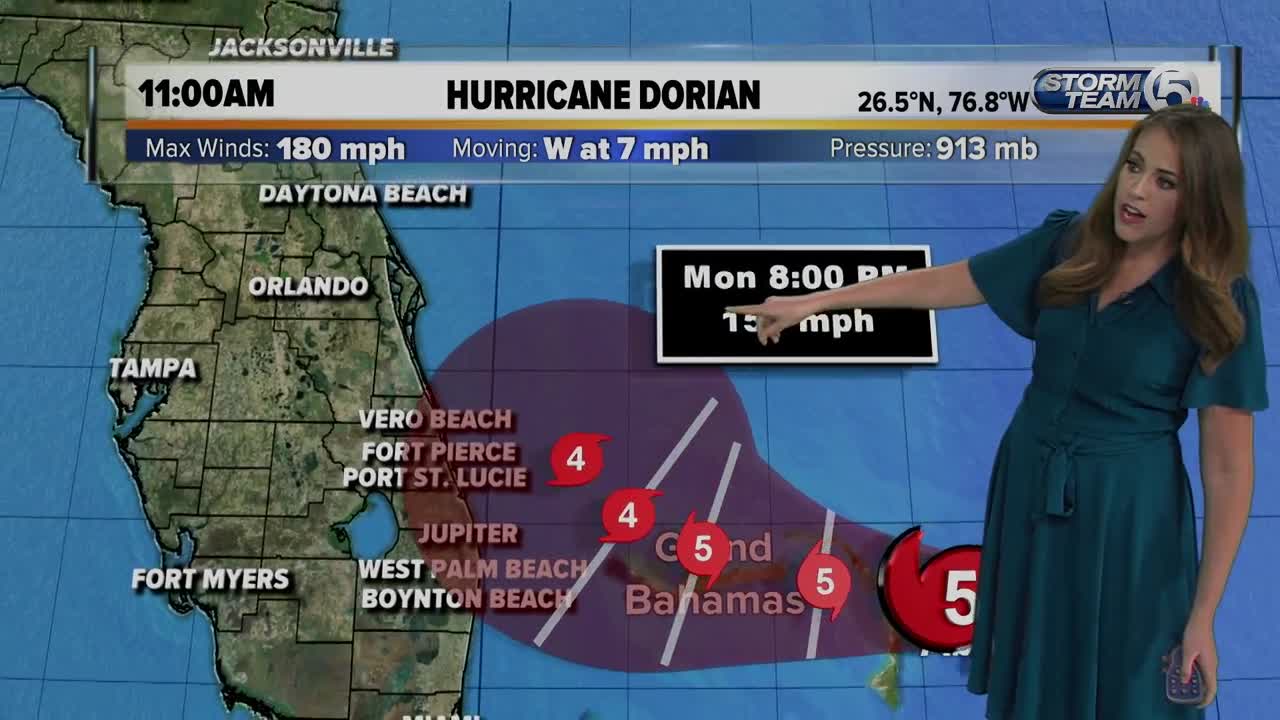 The latest on Hurricane Dorian

FLORIDA — Hurricane Dorian strengthened into a powerful Category 5 storm as it bore down on the Bahamas Sunday morning with maximum sustained winds of 185 mph. More than 20 million Americans could feel the storm's impact within a few days.

Preparations were underway for the massive storm across the southeastern U.S. seaboard. The hurricane was already churning into parts of the northwestern Bahamas Sunday morning. Storm surges there could raise water levels 20-feet above normal.

Acting DHS chief Kevin McAleenan said Sunday that the storm could remain just off shore of the U.S. mainland, but that it could still cause major problems with high wind speeds, a devastating storm surge and a lot of rain.