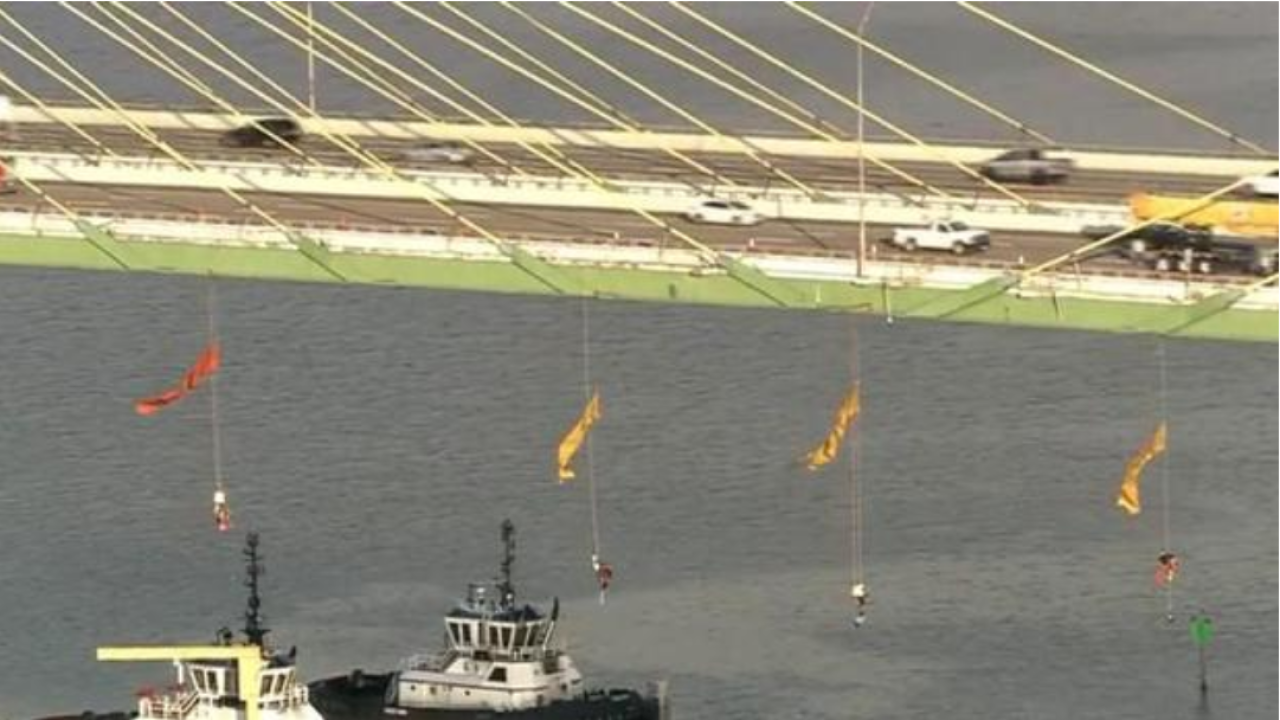 Eleven protesters have been arrested after they rappelled from a busy highway bridge and dangled over the Houston Ship Channel, closing the vital artery for hours.

The Coast Guard said the closure came after the protesters were spotted Thursday afternoon at the Fred Hartman Bridge near Baytown, Texas.

The demonstrators were Greenpeace USA activists protesting the use of fossil fuels. They suspended themselves from the bridge ahead of Thursday night's Democratic presidential debate in Houston .

Greenpeace USA tweeted , "We're in Houston shutting down the largest oil export channel in the country to resist Trump & the oil industry for fueling this #ClimateCrisis. It's time to end the age of oil. #PeopleVsOil."

Houston and Baytown firefighters rappelled to the protesters Thursday evening and lowered them to boats waiting below.

The protesters were taken ashore in handcuffs, accompanied by a Harris County Sheriff's deputy, CBS Houston affiliate KHOU-TV reports. Some had been hanging from the bridge for nearly 12 hours.