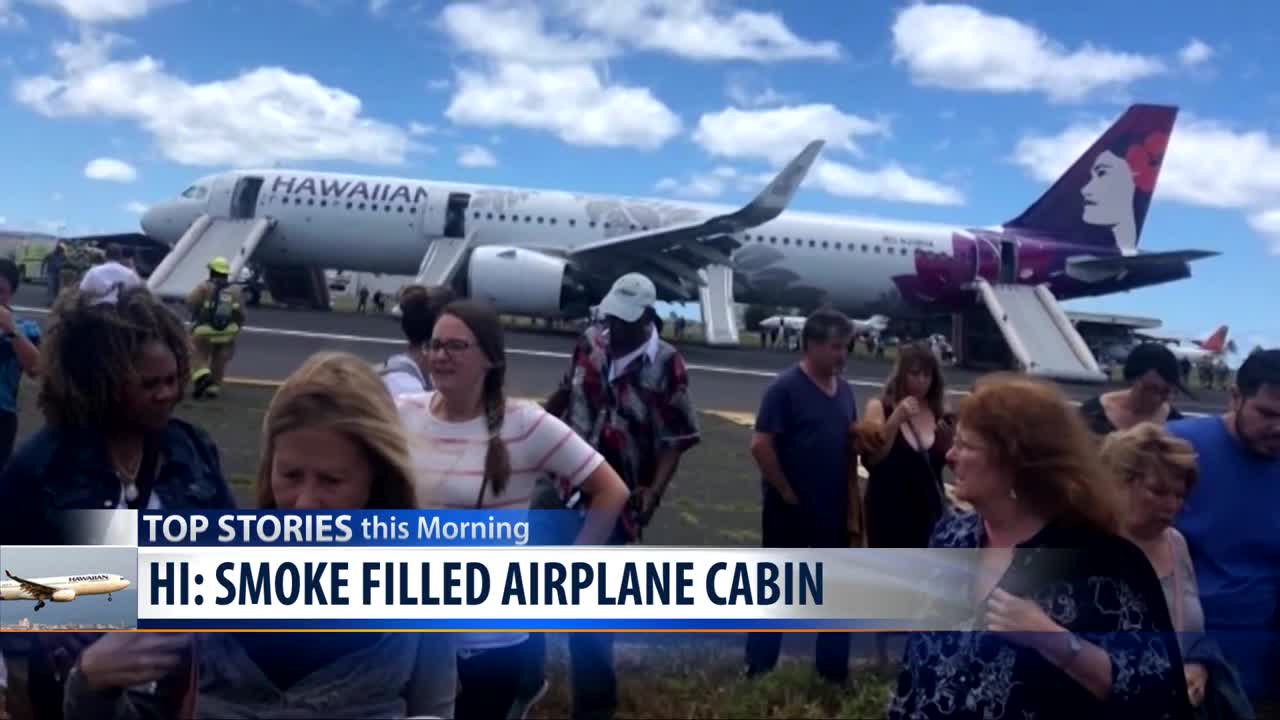 Honolulu – A Hawaiian Airlines flight from Oakland made a dramatic emergency landing at Honolulu's airport Thursday about 20 minutes after smoke filled the cabin and cargo hold, reports the CBS affiliate here, KGMB-TV. The plane was evacuated using emergency chutes. Seven passengers were taken to hospitals.

There were 184 passengers and seven crew members on the Airbus A321 neo, which has a 244-seat capacity.

When the smoke was noticed, the captain of Flight 47 declared an emergency and notified airport personnel that there might be a fire on board.

Jon Snook, the carrier's chief operations officer, said the pilot didn't drop oxygen masks for passengers because oxygen would have fed the flames if there'd been a fire on board.

Fire officials said it was heartening to see passengers evacuating in an orderly way and without trying to bring their luggage with them, a problem that's been reported in other airplane emergencies.

Passenger Lucky Cara said the cabin filled with smoke "all of a sudden" on approach to Honolulu.

"I was scared. It just kept getting worse and worse, and there were a few people that were crying but they settled down," said Cara.

She added that the evacuation was terrifying, but organized.

"There were a few little bumps and bruises from people coming down the slides more than anything," she said. "The gal sitting next to me, when she came down she had a big rug burn from the slide."

The smoke "was really getting thick," said passenger Linda Puu, adding that first responders were ready and waiting when the aircraft arrived.

"(It's) something you think you're never going to do but you go very fast and the firemen are down there catching you and helping you up," she said.

Snook said the five adults and two children taken to hospitals were suffering from "smoke-related symptoms. Their injuries didn't appear to be severe.

A spokesperson for the carrier, Alex Da Silva, said, "A seal failed in the aircraft's left engine, causing oil to leak onto hot parts of the plane's engine and air conditioning pressurization system, resulting in smoke in the cabin. … The performance of the engine was not affected."