Congress reaches a deal to provide $8.3 billion in response to coronavirus outbreak 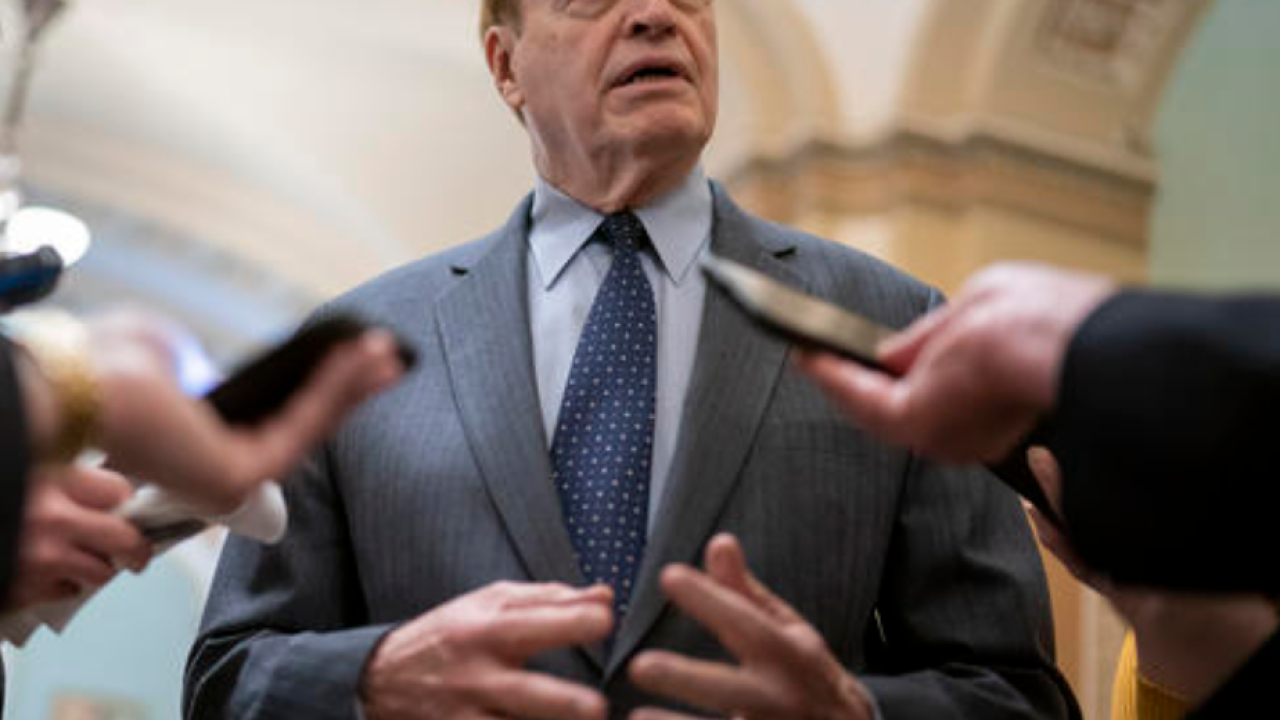 House and Senate negotiators have reached a deal on an $8.3 billion supplemental package to respond to the coronavirus outbreak. The amount is far higher than the $2.5 billion originally requested by President Trump, and in line with the $8 billion proposed by Senate Minority Leader Chuck Schumer.

"We got a deal," Senate Appropriations Committee Chairman Richard Shelby, a Republican, told reporters Wednesday. The $8.3 billion includes $7.8 billion in discretionary appropriations, plus $500 million in Medicare telehealth mandatory spending, which would allow Medicare providers to furnish telemedicine services to seniors.

"This should not be about politics; this is about doing our job to protect the American people from a potential pandemic. We worked together to craft an aggressive and comprehensive response that provides the resources the experts say they need to combat this crisis," Shelby said in a statement. "I thank my colleagues for their cooperation and appreciate President Trump's eagerness to sign this legislation and get the funding out the door without delay."

The deal includes funding for research and development of vaccines, support for state and local government, and assistance for small businesses, a House Democratic aide told CBS News. The aide also said that the package includes $300 million to help ensure that all Americans can afford a potential vaccine. The House is expected to consider the emergency supplemental bill on Wednesday afternoon.

The coronavirus that emerged late last year has spread from central China to almost 80 countries, with outbreaks growing fast in South Korea, Italy, Iran and the United States. At least nine people have died of the COVID-19 disease in the U.S., all of them in Washington state and most of them from a single nursing home in the Seattle area.

While the virus' spread has slowed dramatically in China, infections were mounting fast in the U.S. and elsewhere. Almost 130 people in 16 states were infected by Wednesday, including the outbreak in the Seattle area.

The U.S. National Institutes of Health is only about six weeks away from a phase-1 trial on a coronavirus vaccine, the agency's director of allergies and infectious disease, Dr. Anthony Fauci, told a House Appropriations subcommittee on Wednesday. He stressed, however, that actually getting an approved vaccine ready for human use was still a year to 18 months away.

Mr. Trump on Saturday announced new efforts to combat the spread of coronavirus, including new travel restrictions on visitors from Iran and further screening efforts on people coming from South Korea and Italy.