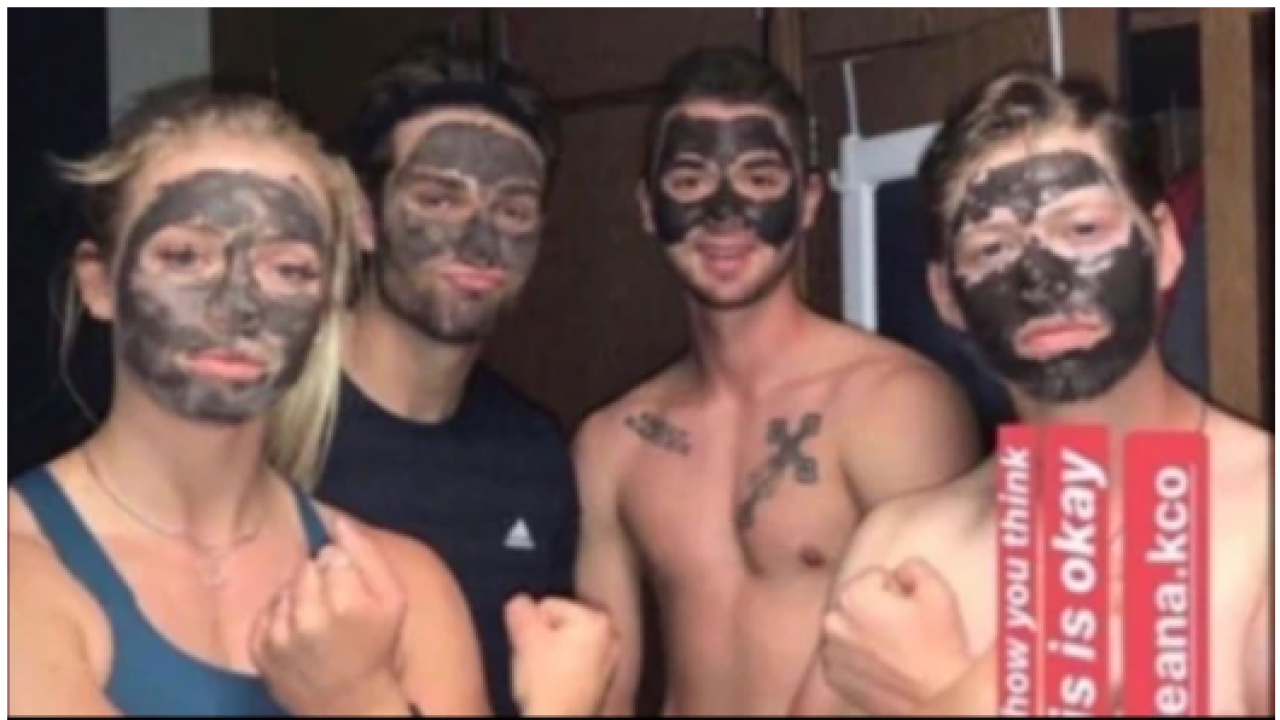 FORT COLLINS, Colo. – The president of Colorado State University is calling on students and faculty to propose initiatives that could help combat racism on campus. This comes after a social media post showing four CSU students in blackface with arms crossed with the caption “Wakanda forevaa” – a reference to the movie Black Panther – has gone viral.

Many of Smith’s fellow students also cringed at the racist picture and are furious with the university’s response.

Last Tuesday, CSU President Joyce McConnell sent a message to students and faculty explaining that the photo did not violate university rules and the First Amendment prohibits any university from taking action against those in the photo.

Angered students took their frustration to the school’s plaza, using chalk to call for change. Some messages read, “ADMIN – JOYCE MCCONNELL, DO SOMETHING,” and, “ADMIN – STOP PROTECTING RACISTS.”

“Unfortunately the next morning those messages were erased,” Brown told CBS4’s Kelly Werthmann. “I guess it was staff that did it. They took water and erased all the messages that students wrote on the sidewalk.”

“We’re looked at like we’re doing too much or we’re being over dramatic,” she said. “Whenever I would say something, it was swept under the rug like I didn’t know what I was talking about.”

Putnam said many of her classmates feel as if their voices don’t matter, even in the classroom.

“When you talk to other students of color, a lot of them have these same experiences,” she explained. “A lot of them will tell you, ‘I sit in the back of the class. I don’t feel comfortable raising my hand or speaking.’”

Smith said it is a stressful feeling.

“We come here to get our education, to be in an environment where we feel safe,” she said. “If we don’t feel safe enough to speak up in a classroom, then that’s a serious issue.”

President McConnell sent another message on Friday, this time asking for students and faculty to help combat racism in the community. She said she will lead the work that must be done together to stand against racism. Her message read in part:

Those impacted by these incidents tell us they have not felt heard, respected, or healed by our response so far. Here are some immediate actions we will take to deepen our understanding of the dynamics of racism, the damage it does to our community, and how we can fight it together.

Brown said McConnell’s message is a step in the right direction, but she wants to see the talk turn into action.
“We need to combat this in a way that will hold students accountable,” she said.

Putnam agreed the efforts to collect ideas for implementable initiatives is a nice move by the president, so long as student voices are truly heard.

“It’s just on their part to actually listen at this point,” she said.