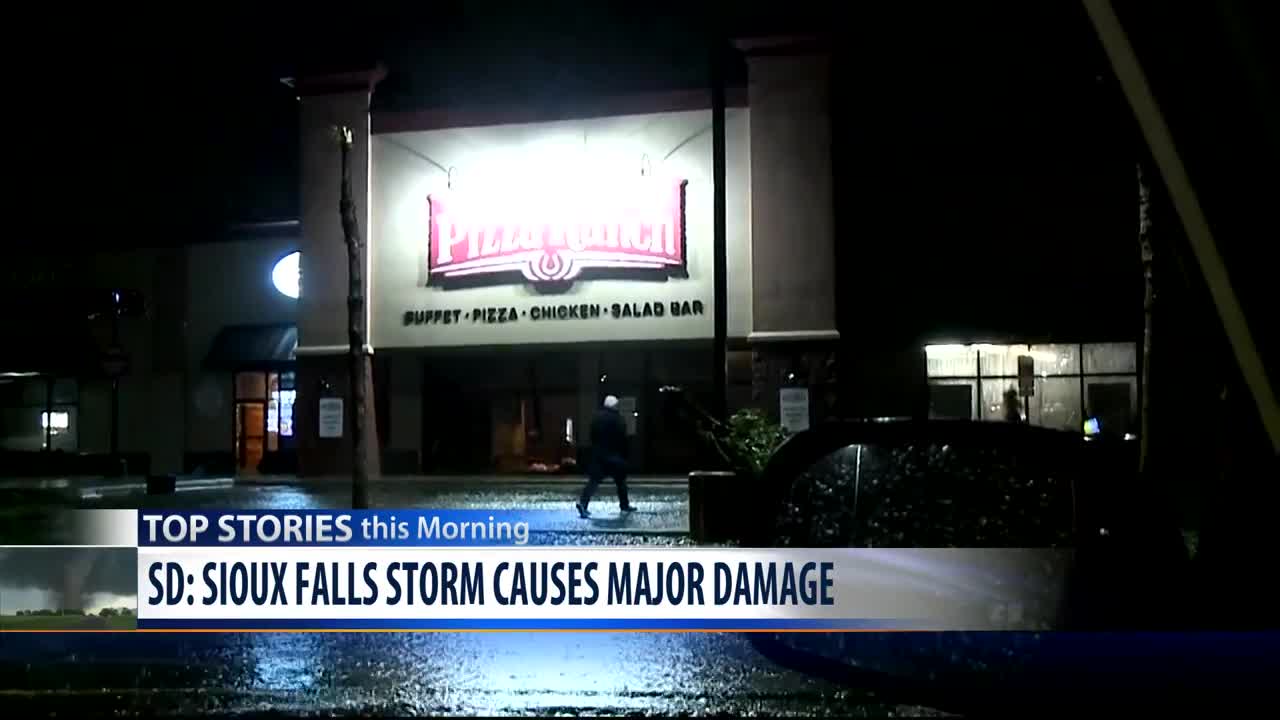 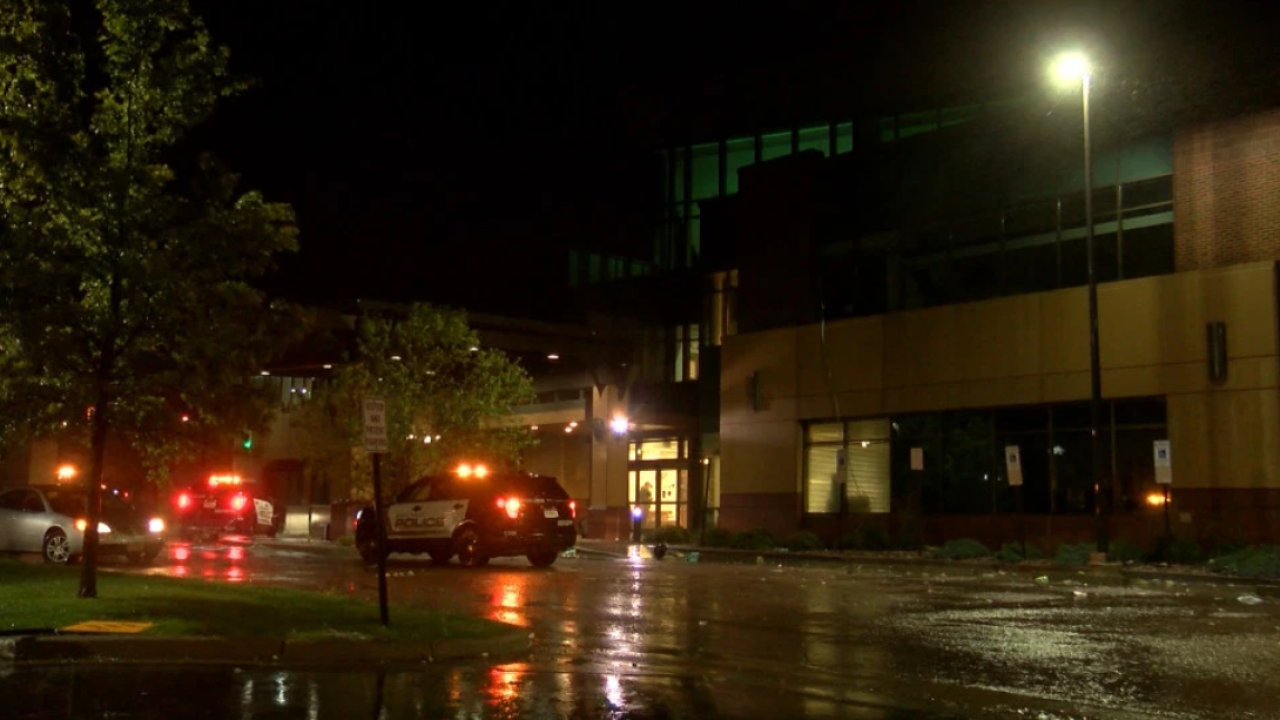 Trees and street lights were down and many structures were severely damaged.

Access to the Avera Heart Hospital was blocked except for doctors, nurses and ambulances. They had to drive through debris to get there.

The storm prompted police to issue a No Travel advisory in the city, which opened an emergency operations center to coordinate the response to the storm.

As of 2:15 a.m. EDT, Xcel Energy's power outage map showed around 20,000 homes and businesses in the dark in the Sioux Falls area.

KELO sent out numerous crews to chronicle the storm's aftermath. One anchor-reporter took photos of the interior of a Tuesday Morning home goods store: