Since December 28, about 500 earthquakes of magnitude 2.0 or higher have hit Puerto Rico 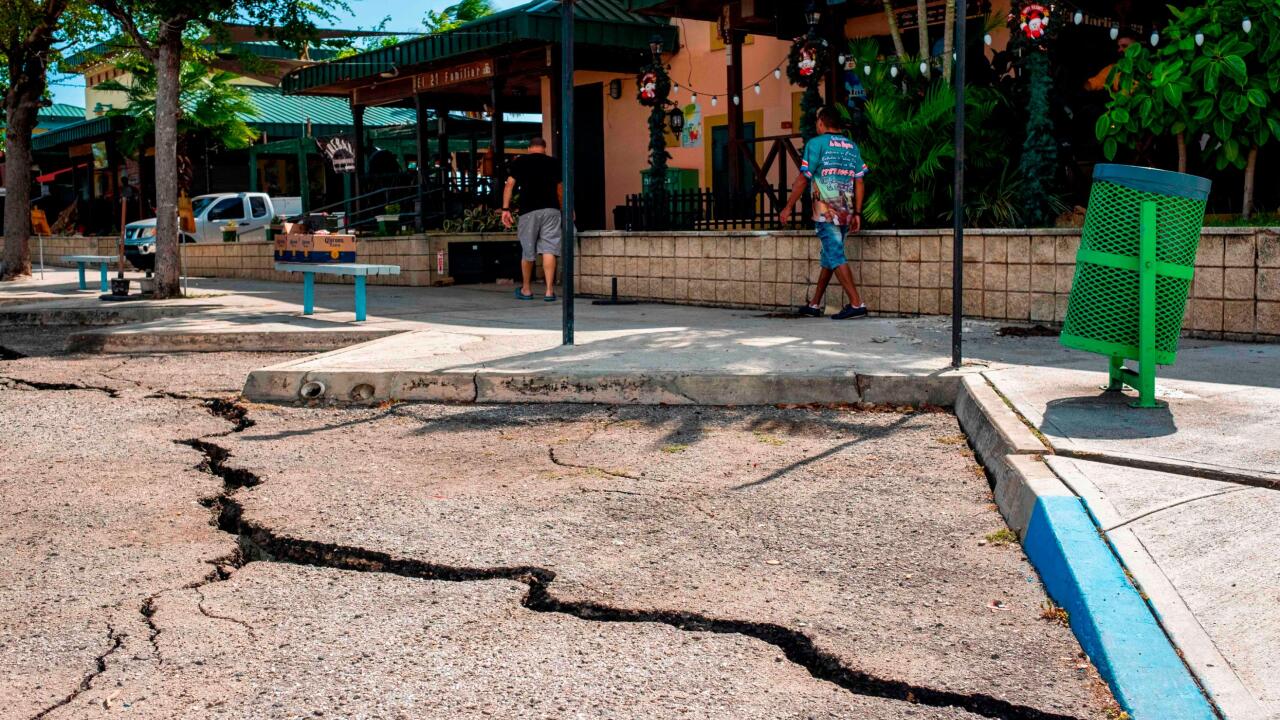 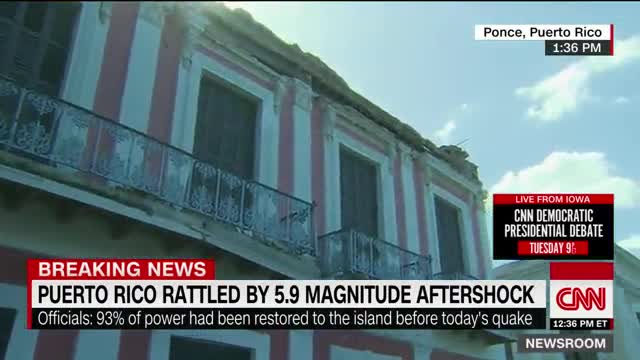 PUERTO RICO — A 5.9 magnitude earthquake rattled Puerto Rico on Saturday, fueling anxiety among residents and sending them running in terror.

The quake was about 8 miles south of Indios in the Caribbean Sea, the US Geological Survey said, at a depth of 6.2 miles. The USGS first said the preliminary magnitude was 6.0.

Puerto Rico has been beset by temblors throughout the week, including a 6.4 magnitude quake Tuesday that killed at least one man, destroyed homes and left most of the island without power. A 5.2 magnitude aftershock struck on Friday afternoon.

The earthquake renewed fear and anxiety among residents in the southern towns of the island.

As the ground shook on Saturday, people at Mercedita International Airport in Ponce quickly ran outside the terminal, and a few miles away, parts of the roof and facade of a historic building collapsed.

Luis Emanuelli, who owns a restaurant in the building, said that while the interior was not damaged, he and his team decided pick up a few documents, some equipment and close indefinitely.

"We don't know what we are exposed to," he said.

The US territory was expecting power to return by Saturday to its three million residents, and authorities had tweeted that it was 95 percent restored a couple of hours before Saturday's quake at about 8 a.m. ET.

Parts of Lares, Adjuntas, Ponce and San German lost electrical service after the new quake. After the tremor, power was on to about 93 percent of the island, PREPA said.

Amid the earthquakes, Gov. Wanda Vázquez Garced signed a major disaster declaration on Saturday, asking the federal government for additional federal aid for the southern towns of Guanica, Guayanilla, Peñuelas, Ponce and Yauco.

The governor told reporters there is an estimated $110 million in damage caused by the quakes.

Earlier this week, Vázquez Garced had declared a state of emergency and activated the National Guard.

She warned businesses against price gouging after saying there have been reports of tent prices rising.

"I urge those people to have sensitivity. We want to assure the well-being of people who lost their property, don't have a roof and are choosing to sleep in a park and need at least an awning to cover themselves from the sun and rain," the governor said in Spanish.

People are camping on sidewalks, stadiums and highways

Thousands of families have fled their homes, fearing the structures may collapse during an aftershock. They are sleeping on mattresses, in tents and tarps set up in stadiums, fields and next to highways.

A baseball stadium in Guayanilla as well as public parks and schools across the southern towns have become massive shelters in the past days. Scores of people are sleeping in cots under large white tents and dozens of portable bathroom have been set up.

Since December 28, about 500 earthquakes of magnitude 2.0 or higher have hit Puerto Rico, which is still recovering from Hurricane Maria in 2017.

That storm killed almost 3,000 people, and left millions of Americans without power, water or shelter. Recovery has been slow and hard.

"Relief workers, neighbors who've had to evacuate, and others impacted by the event" are eligible to book rooms at no cost, Airbnb says. "If you've been displaced or are helping with relief efforts, you can book free accommodations between January 9, 2020 and January 31, 2020."

Residents can also donate space for those in need of temporary housing.