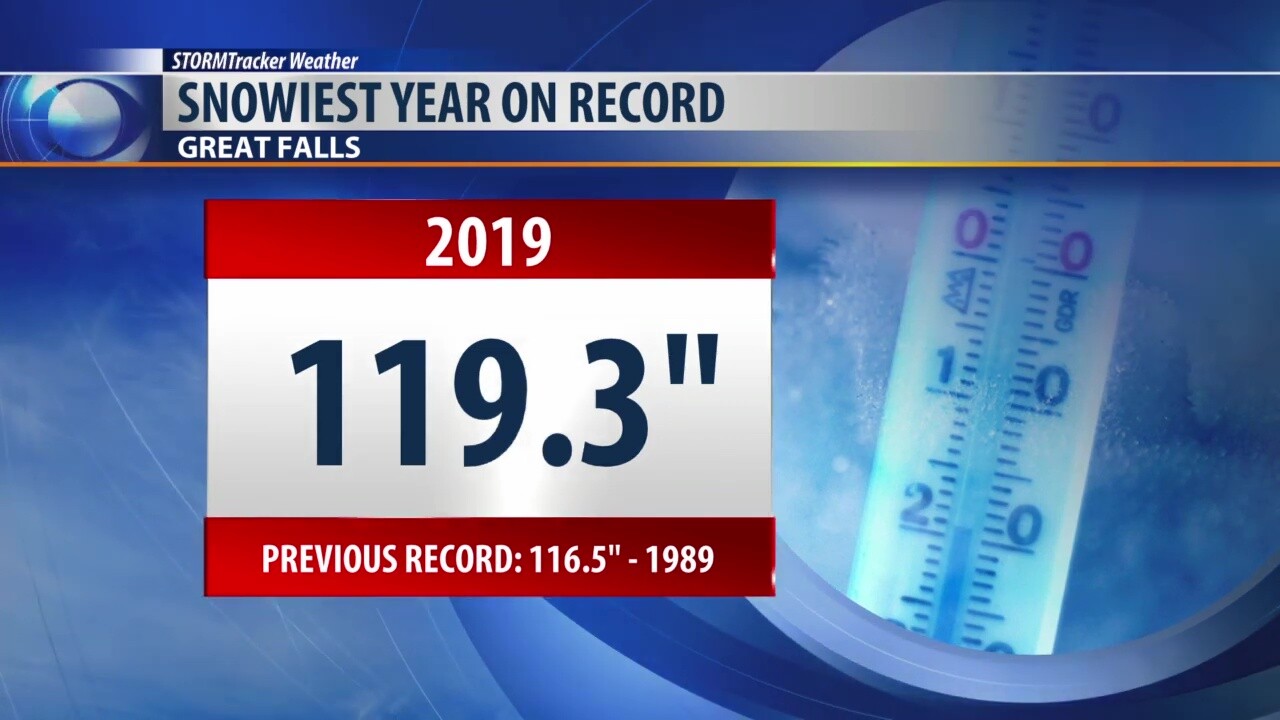 Great Falls has received a lot of snow in recent months and throughout the year - and broken (or come close to breaking) some records.

According to the National Weather Service , Great Falls in November received 24.1" of snow, which is just a little short of the all-time November record that was set in 2005, when Great Fall received 24.9" of snow.

Great Falls has also picked up record snow for "meteorological Fall," which runs from September 1st to December 1st. During that three-month period, Great Falls received 60.4" inches of snow, shattering the previous record of 29.1" that was set in 1985.

Some other snowfall data from the National Weather Service:

Helena received 10.5" of snow fell during November, well below the November monthly record of 32.9" set in 1959

(NOVEMBER 29, 2019) The snow season for Great Falls and north-central Montana got off to a very early start when a record-setting storm blew into the area for the last weekend of September. That storm dumped about 19.3 inches of snow in Great Falls, and more than four feet in some areas along the Rocky Mountain Front and several communities just to the east, including Browning and Heart Butte.

Since then we've received a few more snow storms, including the one that arrived on Thanksgiving Eve and continued into Thursday, which brought another 11 inches to Great Falls. So far, Great Falls has received a total of 55 inches of snow since September 25th -- and the average annual snowfall for Great Falls is 63.5 inches.

According to the National Weather Service in Great Falls, these are the snowfall totals for September 25th through November 28th:

And far surpassing all of those is East Glacier, which has received 83.8 inches since September 25th.

This does not necessarily mean that new annual snowfall records will be broken in each or any of these areas - just that they have received a lot of snow very early in the season so far.

The above figures represent only the amount of snow that has fallen from September 25 to November 28 of this year. But for calendar year 2019 to date - that is, from January 1 through November 28 - Great Falls has received 113.9 inches of snow. The calendar-year record for snow in Great Falls was 116.5 inches in 1989 -- which means that once the totals for today (Friday, November 29) are officially recorded, Great Falls will likely have a new annual snowfall record.

The snowfall numbers are from the National Weather Service, and do not reflect the actual amount of snow that fell in every part of every community. Some areas got more, others got less than the stated official amount. Snowfall totals can differ even just several yards apart, due to drifting, settling, and melting.