Plan to clean up Butte Superfund released to public 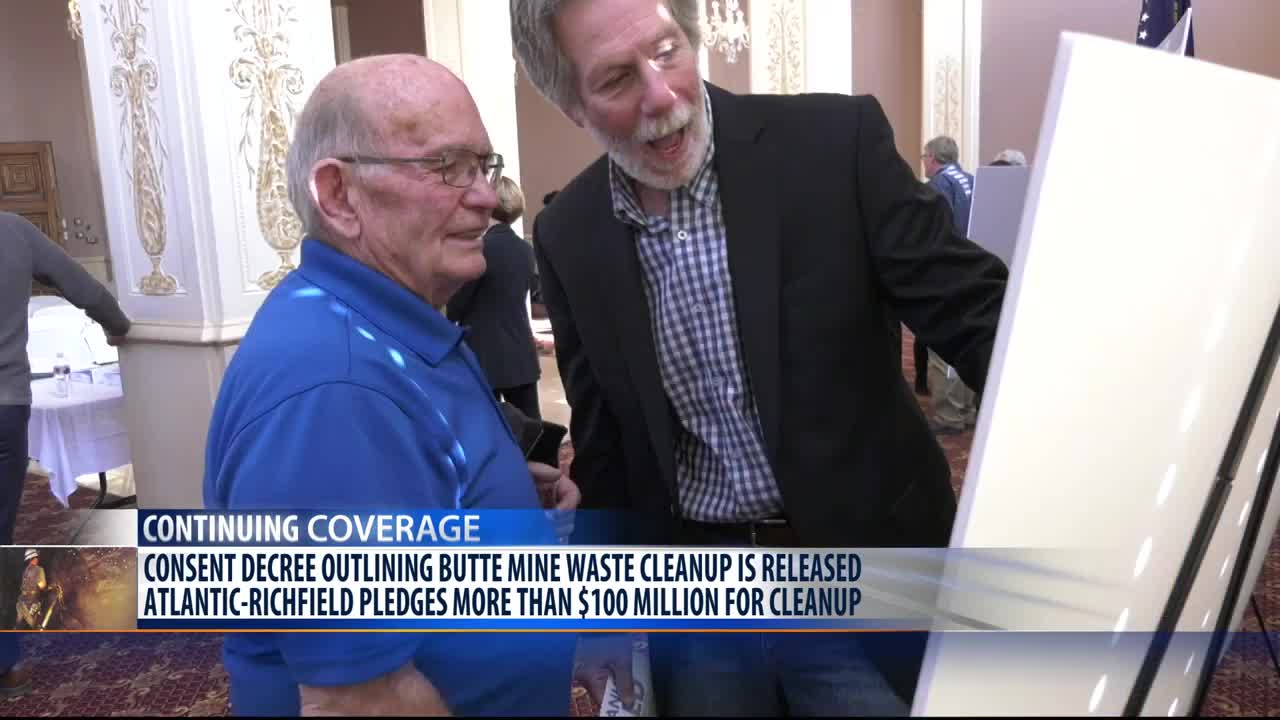 BUTTE — Butte has waited 30 years to see the plan to clean up more than a century of mine waste.

“Here it is. This is the document in all of its splendor,” said Butte Superfund Coordinator Jon Sesso.

The massive consent decree was revealed during a conference at the Finlen Hotel which will outline the cleanup and remediation work and eventual end of Butte’s status as a Superfund site.

Butte Chief Executive Dave Palmer called it the beginning of the post-Superfund era.

“It’s been a very long road for our community, but we’re finally at the point where we see light at the end of the tunnel,” said Palmer.

A $1 million trust fund has also been set up to restore the first mile of Silver Bow Creek.