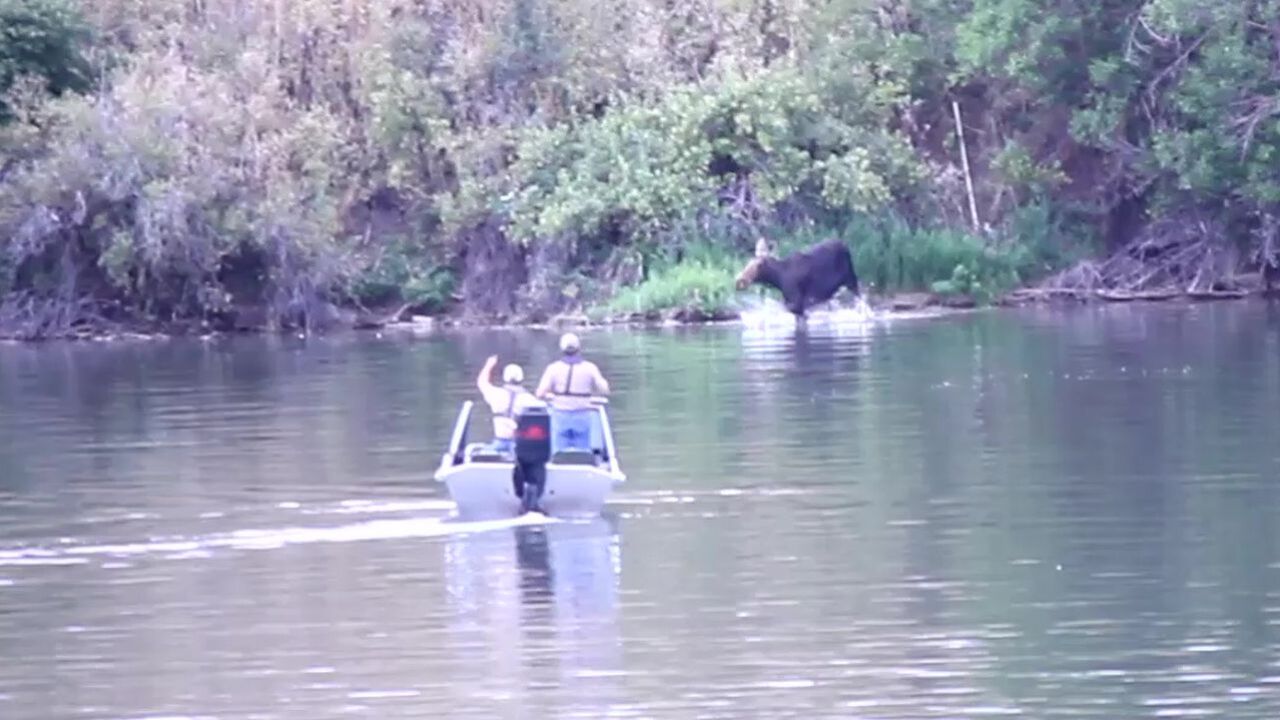 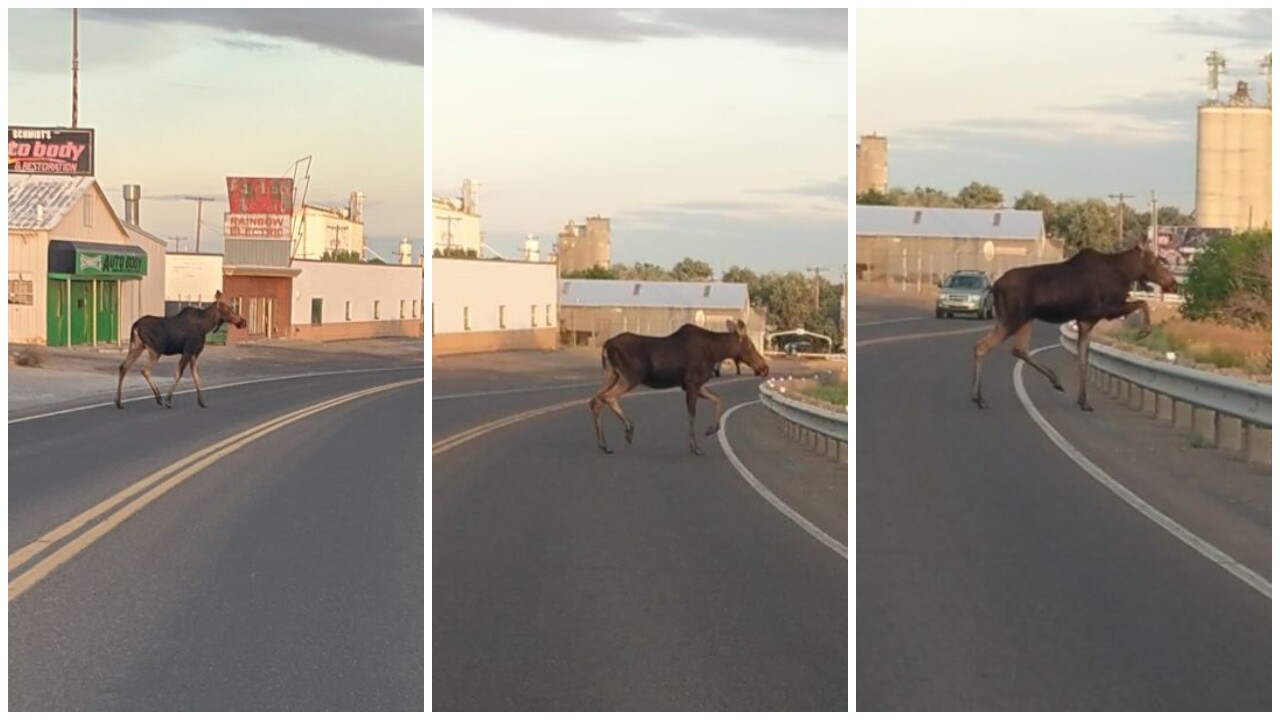 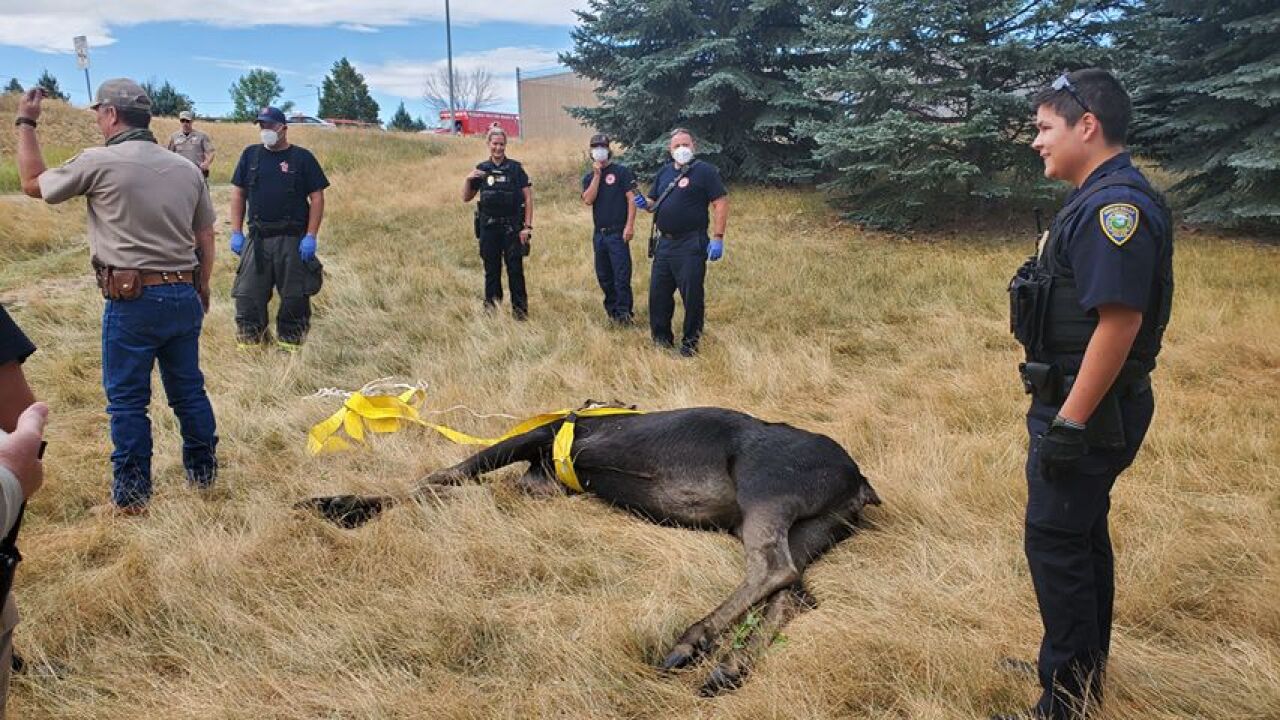 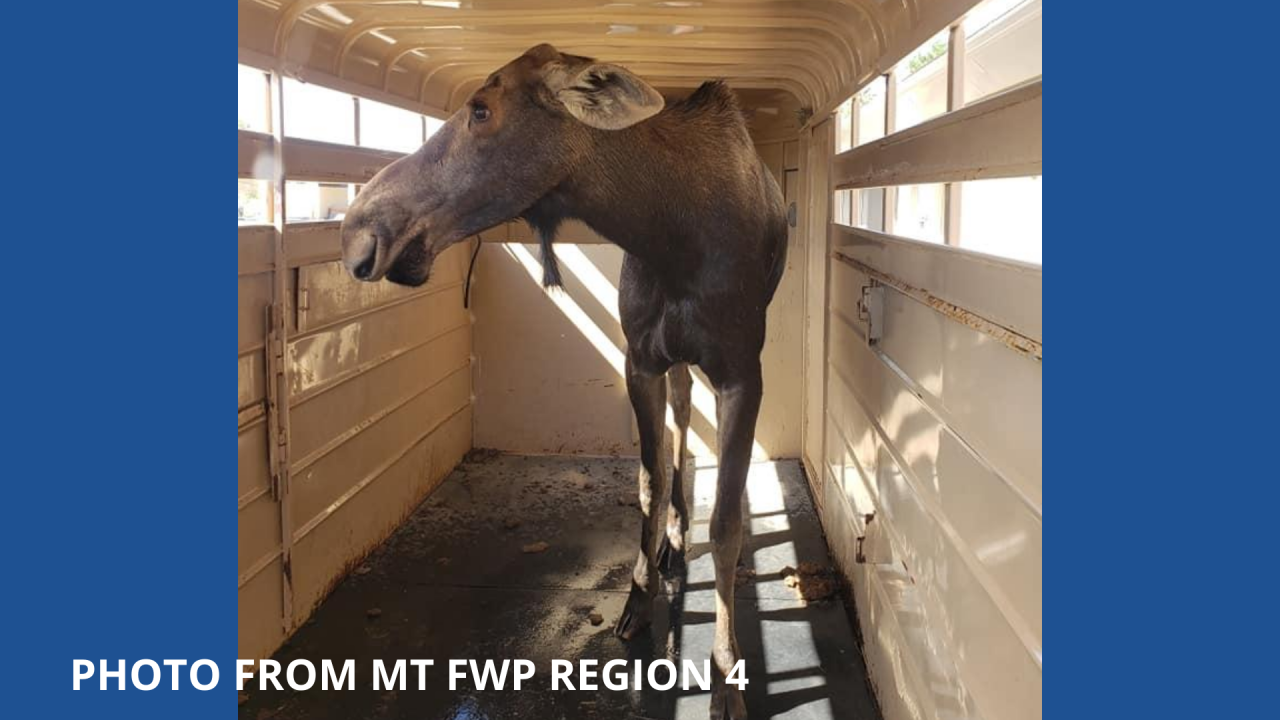 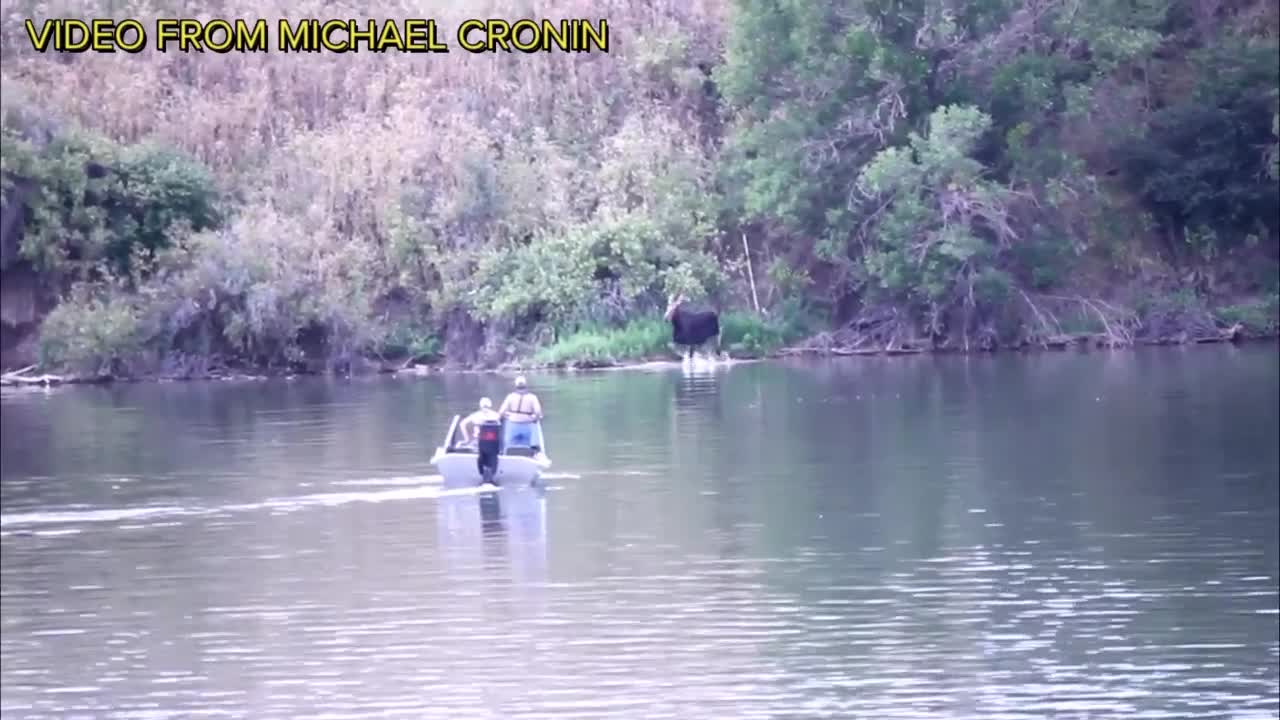 A moose that was wandering around parts of Great Falls over the weekend was captured and released back into the wild on Sunday. MTN News saw reports that the moose was seen in the Riverview neighborhood on Saturday night.

It was then seen at about 6:30 a.m. on Sunday wandering along River Drive between 25th Street and 15th Street, stepping over the guardrail toward the steep embankment that leads to the Missouri River.

Officers with the Great Falls Police Department, who had been following the moose for several hours as it wandered around town, blocked off part of River Drive as they cornered the moose between the 15th Street and Ninth Street.

According to witness Michael Cronin, officials with Montana Fish, Wildlife, and Parks shot the moose with a tranquilizer dart, and the moose ran into the water.

FWP wardens on a boat got a rope on the moose and safely pulled it to the shore. Wardens and Great Falls police officers attached a strap to the moose where they and members of Great Falls Fire Rescue pulled it up the embankment to a FWP trailer.

The moose was taken to FWP region 4 headquarters for monitoring, and released a short time later in the Little Belt Mountains southeast of Great Falls. FWP said in a Facebook post: "Special thanks to FWP biologists and FWP wardens along with Great Falls Police Department and Great Falls Fire Department for a safe and successful relocation!"