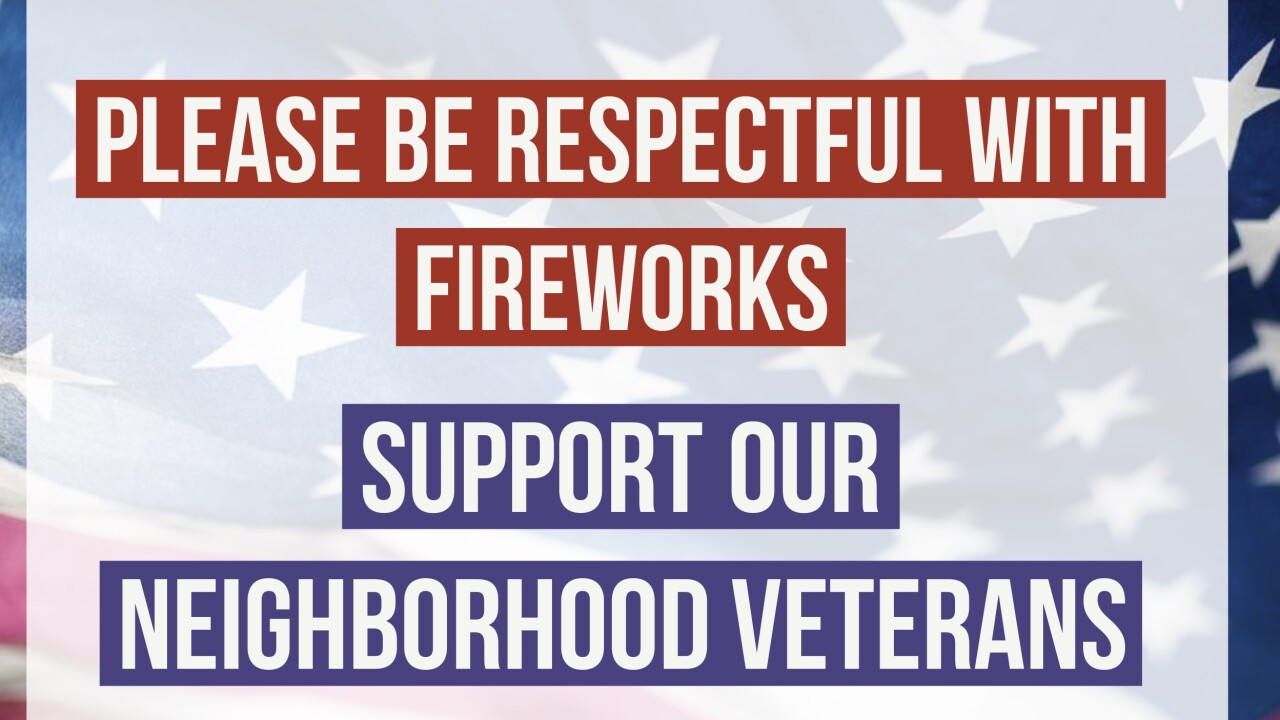 For most people, fireworks are a Fourth of July spectacle or an annual tradition, but for veterans who struggle with post-traumatic stress disorder, they can be a trigger.

Stepina said the various explosions from fireworks can trigger a heightened sense of alertness, similar to anyone driving through an intersection where they recently got into a car accident, and said for veterans who struggle with PTSD, should evaluate how they feel, and determine how to proceed through the holiday.

“I'd recommend, let's look at, 'Where you're going to be? How well do you cope with it? What are your own responses? What are your own awareness?' and I say that as a veteran, because it's something that I pay attention to," said Stepina. "For some, it's a matter of, 'I need to get out of town during this time,' because it's just too much. While others are, 'Yeah, I can go enjoy the fireworks with my family,' but that doesn't mean that extra increased alertness and awareness isn't there. They just have been able to develop the skills to manage through that.”

Stepina noted that now is a time to ensure veterans with PTSD have a system of support, whether it be family, friends, or neighbors, and urged the public to avoid lighting off fireworks outside of the designated times and areas set by local governments.

"When they're not expecting the fireworks, how they might react? Some of the symptoms are going to be increased nightmares. Well, if you're dead asleep and have this loud explosion that goes off, that might look like a veteran who's jumping out of bed and kind of crumbling up in the corner, because it just created a flashback of an experience they had. This can be very -- for those who do have these strong experiences -- It can be a very hard and difficult experience to be able to bounce back from," said Stepina "Just be cognitive and aware of the time frames that you're setting off fireworks, as well as the areas that you're setting them off."

Stepina also said if a veteran begins to have a post-traumatic stress episode, to not hesitate to call the Veterans Crisis Line at 1-800-273-8255 and press '1'.

Veterans who have trouble with fireworks sounds can find a printable sign to hang on their home by clicking here.