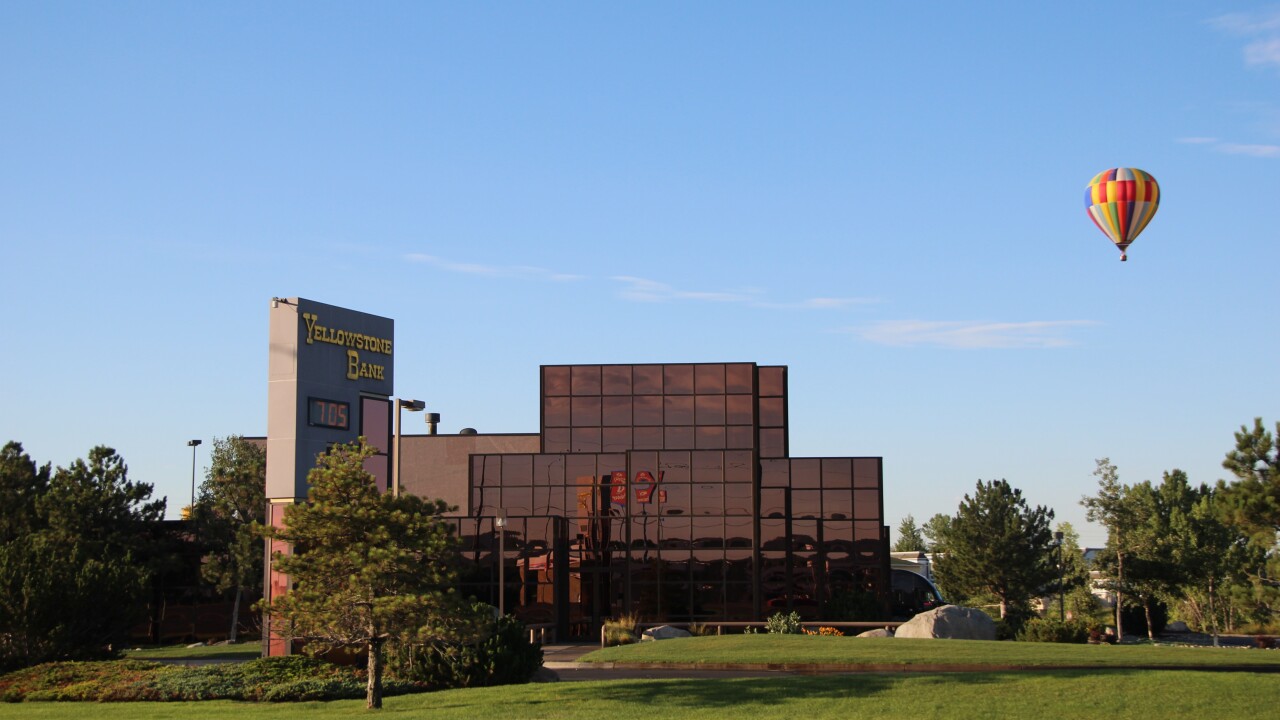 BILLINGS — The coronavirus pandemic has put many small business owners in a race for their livelihoods. One week ago they learned $349 billion in forgivable Small Business Administration (SBA) loans would be paid out on a first-come, first-served basis. That caused a mad dash to apply the day the program opened.

Yellowstone Bank in Billings was one of the first banks in the nation to complete a loan. In just over a week the bank has closed on 211 loans amounting to over $34 million.

"During times like these, it’s important that we come together as a community to help each other," said Jay Harris, President of Yellowstone Bank. "The hard work our team has done and the very long hours they’ve put in have allowed 211 businesses to keep their doors open and employees paid. That is no small task, and the ripple effect of the work they’ve done is helping so many Montanans through these trying times."

Stockman Bank announced this week it has, to date, received SBA approval of 1,500 loans at a total of $225 million for its business customers across Montana as part of the Paycheck Protection Program (PPP).

“Beginning at 10 p.m. on Thursday, April 2, 2020, our bankers have been working day and night to obtain PPP loans for existing customers, as well as other Montana businesses who needed assistance,” stated Bickle. “Our bankers will be working throughout the weekend as there are a number of loan applications in process and more applications are still being received.”

The program has not been without its difficulties for both the banks and their customers. Some lenders across the country were slow to accept applications because they needed more technical guidance from the Treasury Department and the Small Business Administration. The SBA's electronic system went down for a spell. And with both agencies updating guidance and amending forms, there is still confusion as to what the rules really are.

The goal of the loan program is to help small businesses continue to pay their employees and their overhead costs in order to stay afloat for the next couple of months.

As long as businesses use the borrowed funds to make payroll and to pay expenses, such as utilities and rent or mortgage interest, they won't have to repay the loan and they will not owe income tax on the forgiven amount.

In order for the loan to be fully forgiven the business must maintain headcount and not reduce employee pay.

All SBA-approved lenders as well as federally insured depository institutions, federally insured credit unions and Farm Credit System institutions can make these loans if they choose. If you've never taken out an SBA loan before, you might go to your primary bank first because lenders will be operating under so-called Know Your Customer regulations and that process will be streamlined if you've previously worked with the lender.