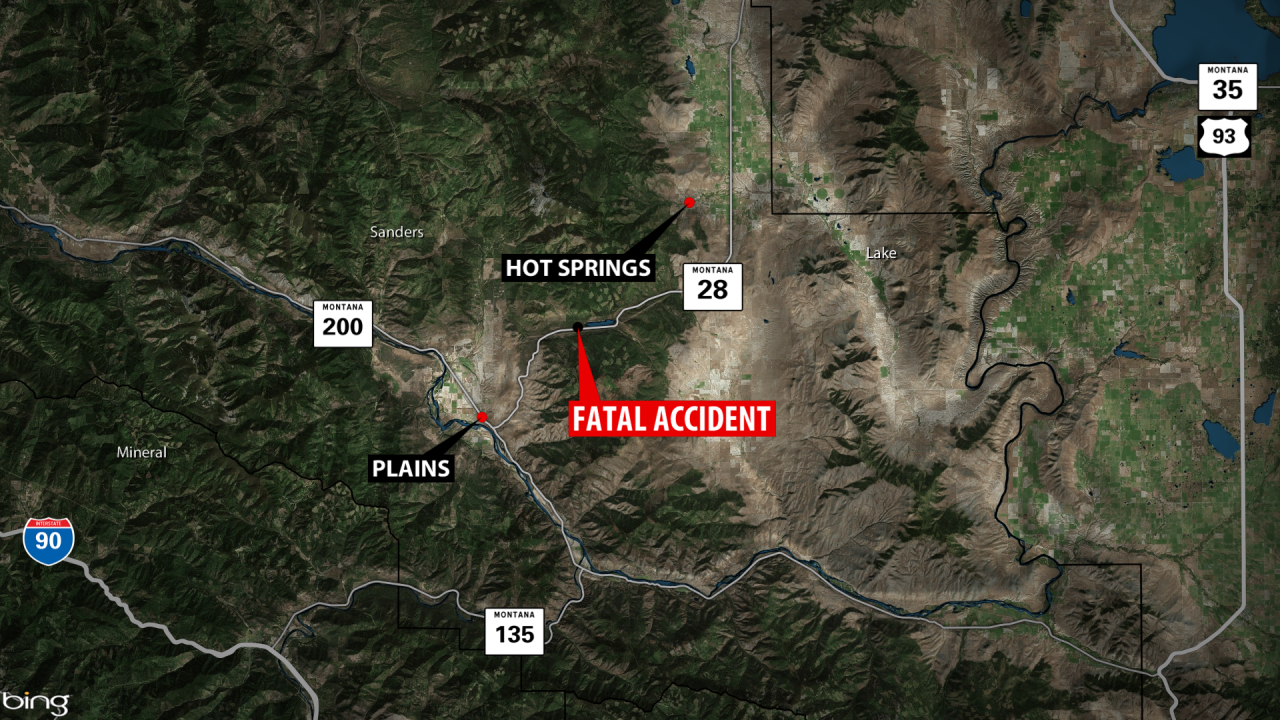 A 77-year-old Hot Springs man died Monday afternoon after the ATV he was on collided with a van.

Montana Highway Patrol Dispatch reports a Dodge Caravan was traveling southbound on Montana Highway 28 at mile marker 23, northeast of Plains, behind the ATV.

The ATV was driving on the fog line and authorities say the traffic behind the ATV had slowed down.

The driver of the Dodge attempted to pass the ATV, but the ATV driver made a left hand turn with no turn signal in front of the mini van.

The ATV overturned with the driver going airborne, striking the van's windshield. The Hot Springs man died on the scene.

MHP says speed, alcohol and drugs were not factors in this crash. His name has not been released at this time.

The Montana Highway Patrol is still investigating the accident.