Missing/Endangered Person Advisory for Chouteau County man has been canceled 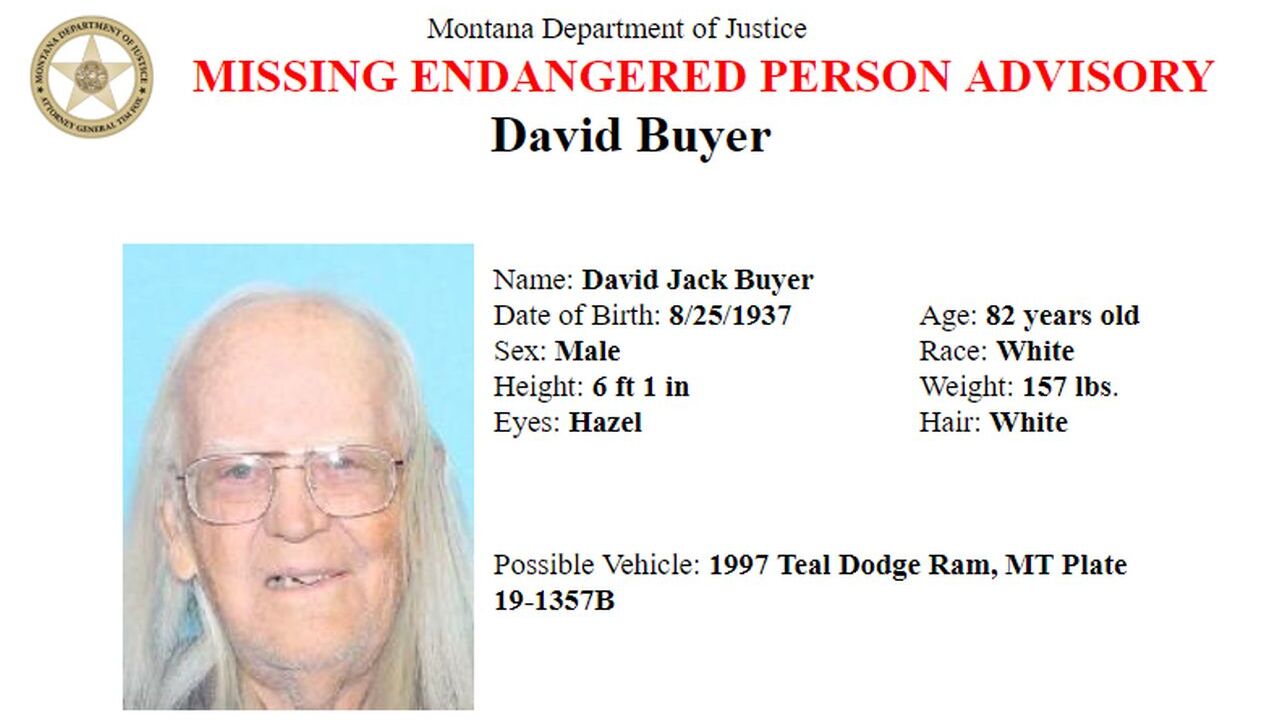 The Montana Department of Justice has canceled the Missing-Endangered Person Advisory for David Jack Buyer.

The DOJ announced at 6:10 a.m. on Thursday that Buyer was located and is safe.

No other information has been released.

The Montana Department of Justice has issued a Missing/Endangered Person Advisory for David Jack Buyer.

The MEPA was issued at the request of the Chouteau County Sheriff's Office.

Buyer is 82 years old, 6 foot 1, and 157 pounds. Buyer has not been seen or heard from since the first week in November 2019. He is said to be in poor health and there is concern for his welfare.

Authorities have reason to believe that he may be in or around Great Falls, Dutton, Brady, or Power.

No other details have been released at this point.