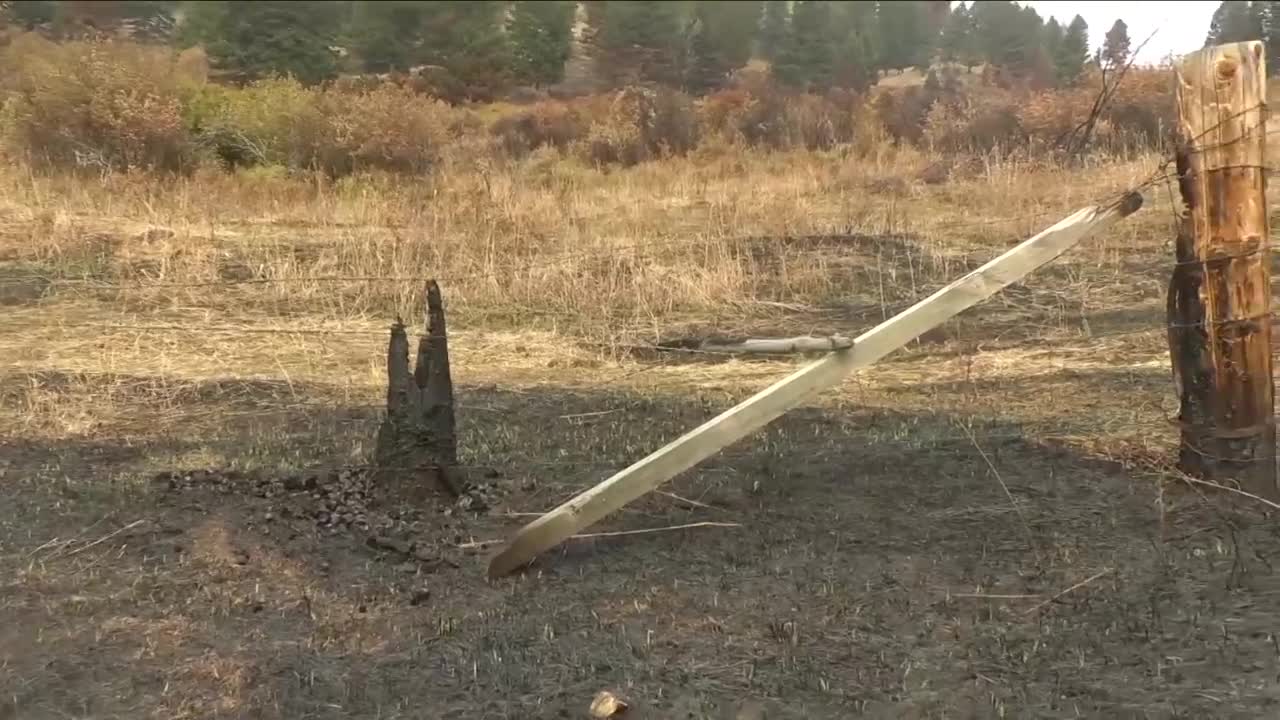 It’s been almost two weeks since the Bridger Foothill Fire blazed through Bridger Canyon, and even though the fire has passed through the area, residents will still be dealing with the effects for years to come.

“I’m thinking it’s going to be 10 years before it doesn’t look the way it looks currently,” said Mike Papke, a Bridger Canyon resident and landowner.

For several generations, Papke’s family has owned more than 600 acres of land in Bridger Canyon.

“This is my… where I grew up. My mom and dad’s place. This is kind of the stomping grounds of being a child and growing up in the country, I guess,” he said.

Papke’s home was untouched by the fire. But much of the land he grew up on was scorched.

“It’s kind of a little bit surreal. You know, it almost feels like parts there could be like PTSD,” Papke said.

In addition to the land, now Papke is left with possibly having to replace miles of fencing ruined by flames.

“I believe the going rate’s $3 to $5 a foot, and so when you start adding miles of fence to fix that number gets really big,” the landowner explained.

And there are more concerns.

“I’m not sure there’s going to be any grass that comes back. So, now we’re looking at spreading some grass seeds. We’re going to be fighting the weeds forever. I guess there’s a lot of unknowns and a lot of scenario planning but we just don’t know,” he said.

But one thing local landowners can be sure of is their community’s support.

“We’re trying to gather hay for producers who have lost hay, lost feed and lost fencing supplies. So, a lot of hay and things are sometimes covered by insurance. Sometimes not, but fencing supplies are not, so we’re just trying to do a drive to get enough to get them back on their feet and get them through this winter,” said Holley Wooslew Vennis, the organizer for Hay Days.

The Hay Day fundraiser will be Saturday, Sept. 26 and Sunday, Sept. 27 at Murdoch’s Ranch and Supply Store in Bozeman.