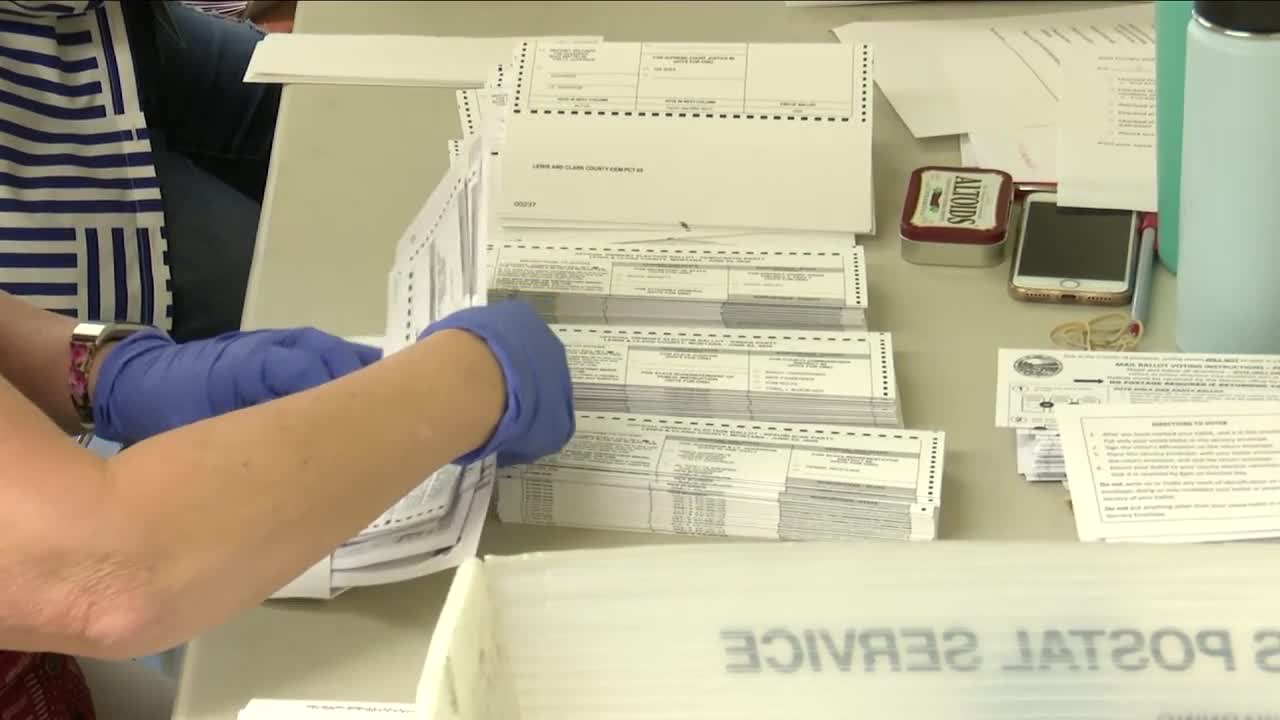 A Billings judge struck a blow this week against a Montana law restricting how mail ballots can be gathered, siding with a coalition of tribes and Native American advocacy organizations that had argued the rule, passed by voters in 2018, suppressed Native voters.

The July 7 order, a preliminary injunction, doesn’t bring a lawsuit filed by the Native groups to a definitive end — but does indicate the judge believes the groups are likely to win their case, and keeps state government from enforcing the Ballot Interference Prevention Act while the litigation is pending, reports the Montana Free Press.

“The Court finds that BIPA serves no legitimate purpose; it fails to enhance the security of absentee voting; it does not make absentee voting easier or more efficient; it does not reduce the costs of conducting elections; and it does not increase voter turnout,” wrote District Court Judge Jessica Fehr.

Testimony by the plaintiffs, Fehr also wrote, indicates “that BIPA will significantly suppress voter turnout by disproportionately harming rural communities, especially individual Native Americans in rural tribal communities across the seven Indian reservations located in Montana by limiting their access to the vote by mail process.”

Prior rulings in the case and another legal challenge had already kept BIPA from applying to Montana’s June primary election, which was conducted entirely by mail in response to the coronavirus pandemic. It wasn’t immediately clear Wednesday whether litigation over BIPA, which could ultimately end up before the Montana Supreme Court, will conclude by the November general election.

The Ballot Interference Prevention Act was placed on the 2018 ballot by the Montana Legislature and became law after winning approval from 63% of Montana voters. The law was enforced beginning with local elections held last year.

In an effort to target so-called ballot harvesting operations, BIPA restricts who can collect absentee ballots to family members, other household members, caregivers or acquaintances and also keeps Montanans from collecting more than six ballots each. In practical terms, the law also means any Montanan dropping off an absentee ballot at their local election office for a friend or family member must fill out a form and face a potential $500 fine for each ballot they deliver without proper documentation.

In court filings, the Native groups argue that Native Americans living on reservations often live in homes that are geographically isolated from polling centers and often don’t have access to reliable mail service they can use to return absentee ballots from their residences.

It’s common, they say, for tribal members to receive mail at post office boxes and rely on neighbors and friends for mail runs that could include handling ballots. Additionally, they say, the rural poverty common in reservation communities means Native voters may not have reliable access to the transportation necessary to collect and drop off their ballots.

Two of the groups involved in the lawsuit, Western Native Voice and Montana Native Voice, say ballot collection efforts forbidden under BIPA have been a “critical part” of their get-out-the-vote efforts in Native communities. They say 9% of the absentee ballots returned from tribal nations during the 2018 election were delivered by their community organizers.

The Native groups and their attorneys from the American Civil Liberties Union celebrated the ruling, calling it a voting rights victory.

“For our democracy to function, Indigenous people living on rural reservations must have access to the fundamental right to vote,” ACLU of Montana legal fellow Lillian Alvernaz said in a statement. “BIPA, however, was contributing instead to the disenfranchisement that Indigenous people have experienced since the beginning of colonization.”

Marci McLean, executive director of Western Native Voice, said in a statement she was pleased her group can continue its get-out-the-vote and ballot collection efforts on Montana reservations.

“This ruling means that Indigenous voters living on rural reservations are better able to participate in our democracy,” McLean said.

State Sen. Al Olszewski, the Kalispell Republican who sponsored the bill that put BIPA before Montana voters, expressed disappointment in the ruling in an interview Wednesday and said he hopes to see it appealed. The bill, he said, had been initially spurred by reports of elderly voters in his district and elsewhere being confronted at their homes by aggressive ballot collectors.

“The people voting on a legislative referendum is the highest form of democracy in Montana,” Olszewski said, criticizing Fehr as an “activist judge” who had sided with a “special interest who doesn’t like the law.”

In her order, Fehr wrote that the state attorneys defending BIPA had “failed to present any evidence of Montana voters being subjected to harassment and insecurity in the voting process or even a general lack of integrity in Montana’s elections.”

The state, she also said, hasn’t demonstrated a good reason to interfere with constitutional voting rights via BIPA provisions that in effect make it harder for some Montanans to vote.

“While the Montana Supreme Court has held that a statewide initiative passed by Montana voters can indicate a compelling state interest,” Fehr wrote, “initiatives must still pass constitutional muster.”