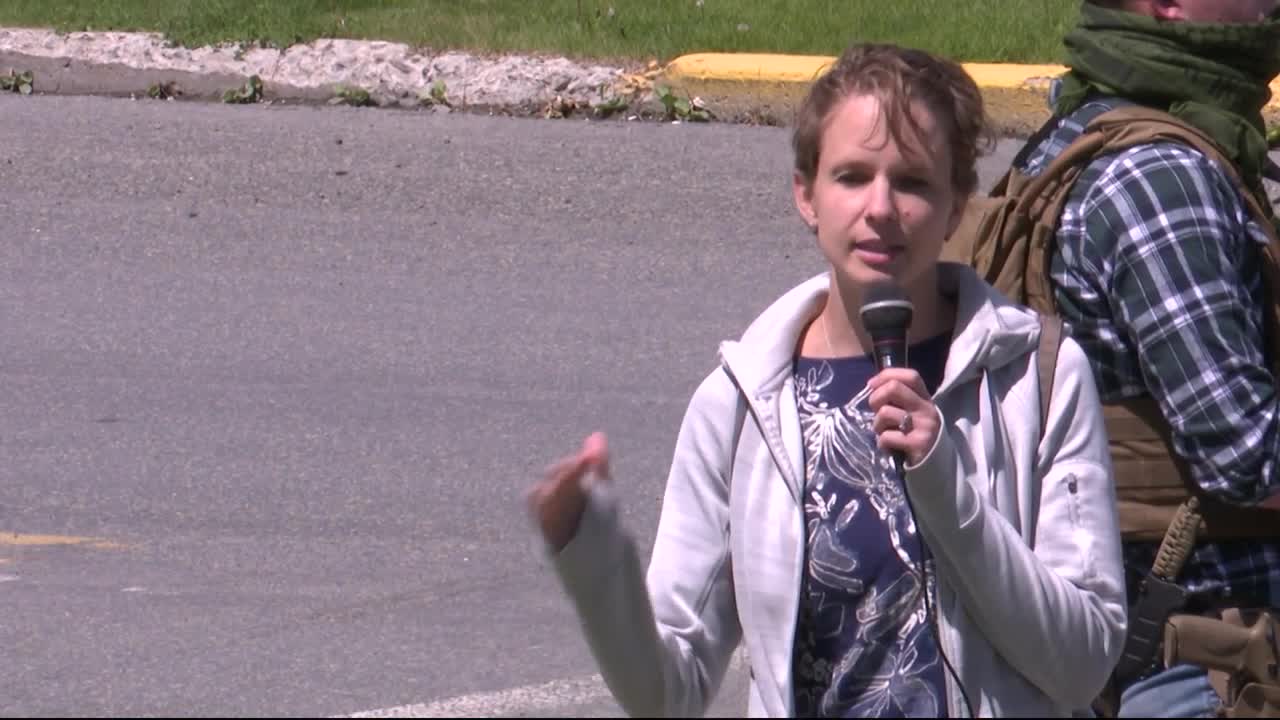 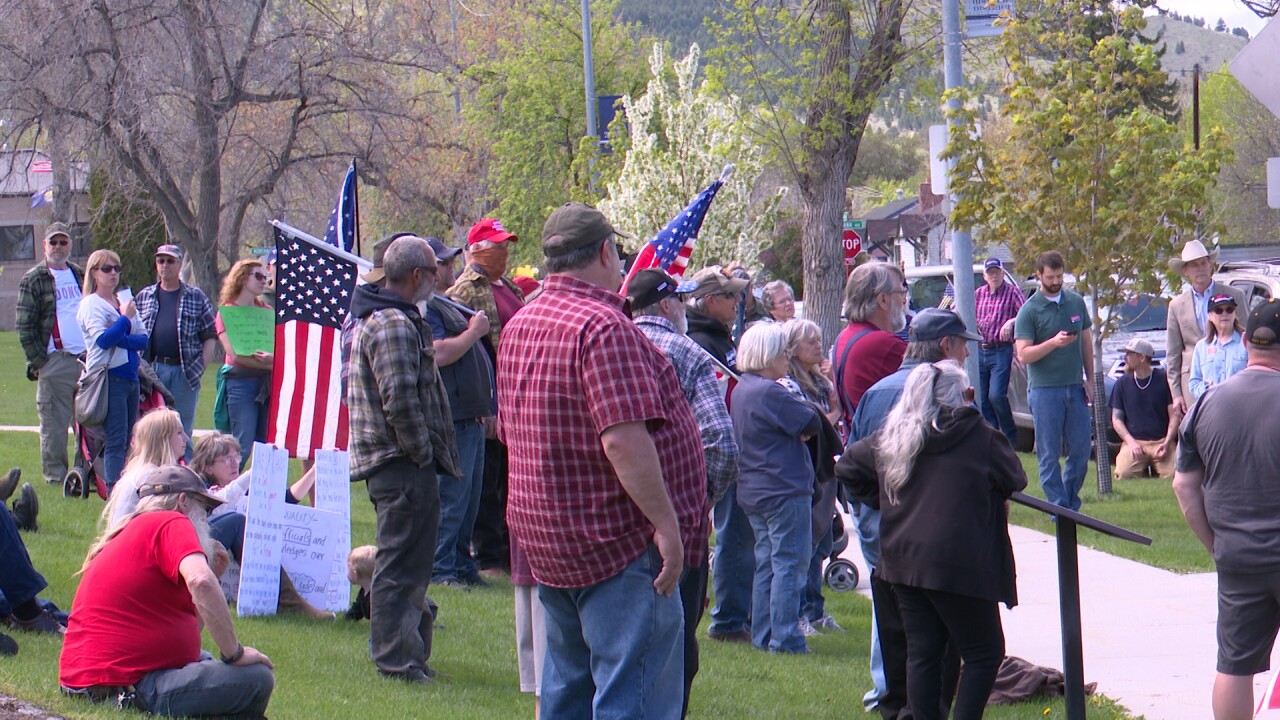 Dozens of people gathered on the sidewalk in front of the Montana State Capitol Wednesday to protest the state’s continued restrictions linked to COVID-19, which they see as unreasonable restrictions on people’s freedom.

Those in attendance at the rally said they want to see the state fully reopened, as soon as possible. Speakers argued Gov. Steve Bullock’s directives have been arbitrary, favoring some groups of Montanans over others. They said since the number of COVID-19 cases in the state has not been growing quickly, it is time to relax the direct mandates.

Bullock announced Tuesday that Montana will begin entering the second phase of his gradual reopening plan on June 1. Those at the protest said that will be too long to wait.

Dru Koester, of Helena, says she and her family own a business, providing labor like heating and air conditioning work. It was considered essential, so it has been able to remain open. But Koester said the regulations on other businesses have been unjust.

“Honestly, if the non-essential, quote-unquote, businesses aren’t working, that’s like cutting half off of the economy right there,” she said. “We depend on them as well.”

Koester said the economic effects of these regulations have fallen primarily on working people. She said she understands the reasons for concern about the coronavirus, but that she doesn’t believe a full shutdown was justified.

“On the principle of it, as a free society, we can’t just force people to close down because things are scary,” Koester said. “If we are not free when things are bad, then are we really free or are we just play-acting at being free?”